What were the prerequisites for Russia to reunite with the Crimea and Sevastopol? What consequences did the move have for Russia, Ukraine and the world at large? Pravda.Ru asked these and other questions to President of the Academy of Geopolitical Problems, Colonel-General Leonid Ivashov. 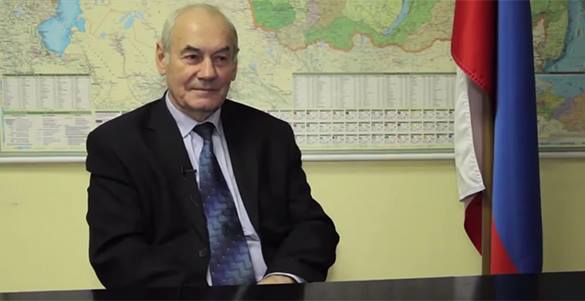 Tell us about the history of the Crimea. How did Russians, Tatars and people of other nations end up living there?

The deeper we look into the history, the less the clarity we can see, so we need to limit ourselves with a certain period of time if we want to understand which nation is the master of this or that territory. In fact, in ancient times, there were Greek colonies in Crimea. Then the Pechenegs came there. A threat was looming for the south of the then Kievan Rus back during those years. From the Crimean peninsula, they would often attack the wound Ukrainians to rob them and take away into captivity.

There were large slave markets in Hersonissos and Korsun. The love of many Ukrainians to fat developed historically. When the Crimean Khanate was making its raids, they would not take pigs - they would capture the rest of the livestock and domestic birds. Afterwards, Russia got stronger and did not want to tolerate that anymore. Russia could protect both her land, the people of the future Ukraine. The Crimean Khanate was destroyed, and the areas were annexed to Russia for the sake of public safety, first and foremost. That was a fair geopolitical conquest.

It is important that Russia would always develop the newly conquered territories, including the Crimea and Novorossiya. After the Russian victory, the Great and Little Russians started occupying the new land. Russia considered all the conquered people, including Muslims, her citizens.

And suddenly, during the Soviet times, it occurs to Nikita Khrushchev to deliver Crimea to Ukraine. It was not even legally formalized. What was the reason for such a move?

Well, first of all, that was due to Khrushchev's limited brain. No matter what Khrushchev did, he would fail. There was a joke during the 1960s - one had to be a genius to leave Russia without bread. Khrushchev was that genius. Everybody remembers his passion for maize, including fields of maize in the Arctic. He did not like science. He was a man of emotions plus low education.

In the defense sector, Khrushchev saw that the USSR had rockets, and considered it sufficient. He cut all aviation and navy. He would make all decisions hastily. He gave Crimea to Ukraine in honor of the tercentenary of reunification.

A year ago, everything changed in Ukraine. What happened to Ukrainians?

First, I would like to throw a stone at Yeltsin. After all, when Yeltsin made the decision to destroy the Soviet Union, the Ukrainian elite, including Mr. Kravchuk, were putting pressure on him to sign a new union treaty. If Yeltsin had been a sensible man, and far-sighted strategist, he would have ordered to return all the land that Russia had given to other republics. One had to start with Crimea and the city of Sevastopol. For the sake of personal power and ambition Yeltsin did not think about it much. He did not want to depend on any political bureaus and congresses.

All the same, during the times of the Soviet Union, and even after its collapse, the Crimeans always considered themselves Russians, not Ukrainians. When Russia and Ukraine became independent states, the Crimeans were living in a hope to return to Russia. Sevastopol is a historical Russian city - you can see Russian history there everywhere. Those people were dreaming to return to Russia.

When the Kiev junta staged the coup in Kiev, the Crimeans said that they would not be a part of all that fascism. It was the Crimeans who started the operation. There are many military men living there, especially in Sevastopol. The operation started with self-organization and all went well.

After the Crimean events, the political situation in the world became very unstable. What did the Americans want to show when they were regrouping their ships?

The Americans were looking forward to the moment when they could deploy their Aegis system vessels in the Black Sea basin. Of course, they wanted to install their radars and interceptors on the Crimean peninsula as well. They were planning to establish constant military presence on the Crimean Peninsula.

The Americans were doing their best to set Kiev and Moscow apart for good. I believe that they intended to conduct a referendum on Crimea's independence. They would have definitely supported it by installing their puppet government in the region.

Do you think that the use of nuclear weapons is possible today?

During the Crimean events, Russia did not set its nuclear forces on a high degree of readiness. We held drills and exercises, where the level of readiness is always the highest. Officially, there was no such order, but the West saw the seriousness of our intentions in pursuing our interests.

The West wanted to flex its muscles to Russia, but Russia flexed her muscles to the West. Power curbs insolence well, as insolence excludes negotiations.

I do not believe in a nuclear conflict at the moment. No matter how strong and large the US missile defense system might be, Russian nuclear warheads will reach the territory of the United States. Of course, Russia would suffer more should a nuclear war start, because Russia does not have missile defense system per se. If they launch nuclear warheads at Russia - practically all of them will land on the Russian territory. Yet, I do not believe that the Russia and American leaderships will step of the path of mutual destruction.

The Americans have been taking advantage of Russia's military reforms of recent decades. Those reforms were all about disarmament. Looking at our military-technical retreat, of course, the opposing party is obliged to go on offensive, which they did. They have been strengthening and enhancing their defense. The USA has had the largest defense budget in history during the recent years - it equals the military spending of all other countries.

Nuclear war to break out in South Asia