A meeting on the deployment of U.S. missile defense system in Europe organized by Russia has ended in failure. NATO officials watched the videos about their defense knocking out Russian missiles, the Defense Ministry once again explained that the European missile defense is a threat to Russia, and promised to attack preemptively should the need arise. Is it time we move from a dull hopeless defense to offense? 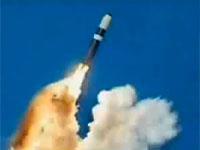 The meeting held in early May in Moscow was doomed to failure because of the reluctance of NATO to cancel their plans of deploying mobile missile defense system in Europe. At the summit to be held in Chicago on May 21-24, NATO will announce that the first of four planned stages has reached its operational capability. This means the involvement of naval combat information and multi-function control system Aegis in the Mediterranean Sea. The system is equipped with a radar range of 400 kilometers and interceptor missiles SM-3 (Block 1). This system will interact with the early-warning radar system in Turkey.

At the second stage, according to Assistant U.S. Secretary of Defense Madeleine Kridon, Washington will set the interceptor missiles in Romania (Block IIA), at the third - in Poland (Block IIB) while building the Aegis group in the Mediterranean and northern seas. These missiles are estimated to not be able to reach Russia, the zone of destruction is 250 kilometers, and their purpose, indeed, is the compensation of threats from Iran.

But at the fourth stage after 2018, as expected, the system will be modified (SM-3 Block IIB), and the zone of destruction would include intercontinental missiles "Topol" and heavy missiles deployed between Moscow and the Urals. It is these rockets of new generation that will bring down Russian "Topol" in the case of a retaliatory nuclear strike against the United States. Therefore, the Chief of General Staff Nikolai Makarov in the presence of representatives of 50 countries threatened that "in the event of a crisis Russia would deal preemptive strikes against targets in Poland and other Eastern European countries." This is an excellent statement, but too hypothetical, since there is no crisis or missiles yet.

Both sides are waiting for new approaches. Thus, a political analyst Sergei Markov told The Christian Science Monitor: "We believe that the U.S. could implement its plan, but it will lead to a new arms race, so they must return to the table with fresh approaches." What are these approaches for Russia? This would be the acceptance of proposals for a joint participation in the U.S. missile defense system and the admission of the Russian command to the "trigger" or separation of the tracking zones, which would prevent the United States or NATO from scanning the territory of Russia. But these approaches are unacceptable and will never be allowed by the Americans because Russia is not their ally, and it cannot be given a veto power. Indeed, missiles fired from Iran or Korea would probably cross the Russian territory, but they cannot rely on the Russians in this case.

The second Russian request for a legally binding treaty on the European missile defense not directed against Russia is also unrealistic. How would the Americans agree to this if they really are afraid of the restoration of the "evil empire"? Iran's horror story and al-Qaeda have been "arranged" by them after the collapse of the Soviet Union to justify the existence of a giant military-industrial complex of the U.S., ensuring their strategic interests in the world, and above all - the access to oil and gas. But Russia is still perceived as the enemy number one - this was recently stated by a Republican Mitt Romney.

What are the new approaches of the Americans? They are not more realistic. Richard Weitz, Senior Fellow at the Hudson Institute, places high hopes on the return of Putin to presidency. According to him, in 2001 (after September 11) he made a "realistic choice" and "supported" the proposal of President Bush to waive the provisions of the ABM Treaty of 1972 to avoid the destruction of perceived new partnerships in Russia and the United States in combating international terrorism. Putin, who suspended the Treaty on Conventional Armed Forces in Europe of 1990, is very different today. The hope for a return of the "realistic" Putin is as utopian as a joint missile defense system.

Incidentally, this issue was discussed a decade ago. "Creation of a strategically significant missile defense system with NATO is utopian. To prevent the missile strike on the territory of Russia, we, whether we like it or not, in the future will have to create while simplistic, but a duplicate of our own national missile defense system," Andrei Shmygin wrote in his article American defense: attack on Russia. Judging by the agitation in the Russian military circles, these days it is economically realistic, but then, in 2001, the Americans, offering a joint missile defense system, were not completely honest, knowing that a weak Russia did not have the money for it.

Of course, the U.S. will deploy a defense system in Europe without any guarantees for Russia. In this sense, the statement by the Chief of General Staff Makarov that Moscow "did not trust Washington on missile defense" is naive. When can the United States generally be trusted in the matters of military confrontation? But the Americans have their own issues. According to U.S. analysts, even the first unit has functional problems, particularly in the identification and tracking of warheads. Second, the NATO is no longer an alliance. There were problems in Afghanistan, Libya, and they exist on the issue of European defense both politically, and financially.

The situation is also unfavorable for the United States. The public debt and unemployment are on the rise, the Republican Congress often does not support the Democratic president. Many innovations at the fourth stage are frozen, for example, the program that would create a space interceptors and Airborne Laser. Therefore, the embodiment of plans for the implementation of a dangerous step for Russia is delayed for ten years.

Then, if we run the hypothetical situation, why the Russian side does not adopt a new one? Having read the American press that considers the "trump card" of the Russian Defense Ministry - a film about choking of the Russian nuclear attack on the U.S. - as a manifestation of fear, one realizes the urgency of the need to change the strategy.

This brings to mind a demarche of Khrushchev, who, in response to the deployment of U.S. missiles in Turkey, secretly ferried Soviet missiles in Cuba. Of course, the world has experienced unpleasant moments, but the Americans have to respect Russia as a full partner. Today, the world will not be on the brink of a war if Russia develops a plan for a missile defense of its allies in Latin America, for example, from the consequences of a possible conflict between Britain and Argentina. Who are Russia's allies if not Chavez and Ortega, who, without hesitation, acknowledged the independence of South Ossetia and Abkhazia? Now is the opportune moment to seek an ally in Cristina Fernandez de Kirchner. The idea is not as absurd as it may seem at first.

Find another option, but change the tactics of negotiations with the defense on the offensive and start creating Russian defense near the borders of the United States, especially since we are talking about ship systems. In addition, the U.S. spends three times more to protect its advanced bases and allies than their own territory. This is stated, for example, by Baker Spring in The Cutting Edge. The Americans must be forced to pay attention to their borders.

In this sense, articulated responses to the placement of the latest Russian air-defense (radar, "Iskander," ships in the waters of the Baltic Sea and Mediterranean Sea) are a good and appropriate response, but temporary and presenting no threat to NATO. "Space" project of Rogozin is also unrealistic and prohibitive.