Russia's new sea-based cruise missiles reduce the military power of the United States on a vast geopolitical region from Warsaw to Kabul and from Rome to Baghdad. 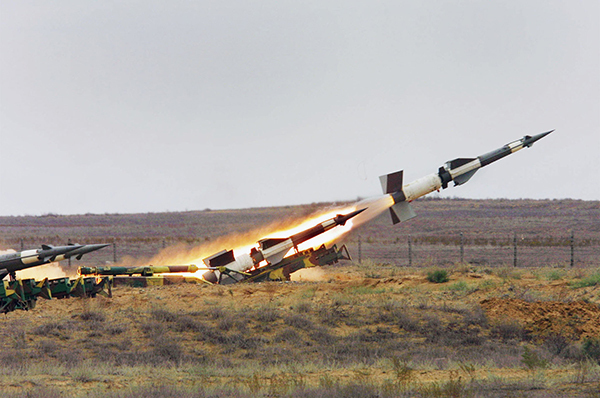 US President Barack Obama, speaking at the 69th session of the UN General Assembly, stated that Russia's actions posed the largest threat to the world. According to Obama, Russia is more dangerous to the world than international terrorism and Islamic fundamentalism. Obama's attacks on the Russian Federation were hysterical and frankly inadequate. What made the president of the strongest country in the world say such an absurd thing?

Information about new Russian sea-launched cruise missiles could be a reason. Putin announced the deployment of such missiles and said that the missiles would bring the US military power to nothing and minimize Washington's superiority on a vast geopolitical region from Warsaw to Kabul and from Rome to Baghdad.

Here is how the story was developing.

On September 10, 2014, Russian news agencies reported that President Putin personally chaired the Military-Industrial Commission, which, until then, had been under the jurisdiction of the government, and ordered to prepare a new version of the Military Doctrine of Russia by December 2014.

President Putin proposed to discuss in detail what arms systems should be developed thoroughly to successfully respond to new threats. Putin particularly pointed out the need to develop precision-guided weapons. He stressed out that in the coming years, it would be necessary to ensure breakthrough development of all components of such weapons.

In addition, Putin said that Russia would need to create "unified models of weapons and technology, as well as general-purpose arms." He emphasized that the Navy of Russia was in need to develop new ship projects that would be "universal in terms of armament, control and communication systems."

Russia, Putin said, is forced to respond to new threats to her own safety. "The creation of the missile defense system has been in full swing. There is no success in negotiations at this point. Moreover, appropriate systems are being built in Europe and Alaska, which is very close to our borders," he said. Putin also said that the West was developing the so-called theory of global preemptive strike.

"There are other things that really concern us," said Putin and mysteriously hinted on unpleasant "surprises" for "our Western partners." "The main thing is to avoid hysterics afterwards," he concluded bitterly.

Few people paid due attention to the strange remarks about hysterics. The majority of assorted political analysts, commentators and writers, who can usually explain anything in the world, took Putin's remarks as a mere figure of speech that was used to demonstrate Putin's determination in defending Russia's national interests. Only a few experts interpreted his words about the "surprise" and "hysterics" seriously. While those "few" were wondering what surprises Vladimir was preparing for Uncle Sam, the situation began to clarify itself.

On September 23, Putin arrived in Novorossiysk for the meeting on the development of ports. During the meeting, Admiral Vitko informed Putin about the construction of the Black Sea Fleet base in Novorossiysk. In particular, the admiral said: "The submarines that will be based here, have long-range cruise missiles. The subs will be stealthier when leaving base points in Novorossiysk in comparison with Sevastopol." When the president asked the admiral about the range of the missiles, the commander of the Black Sea Fleet said: "More than 1,500 kilometers. The submarine pier zone accommodates eight submarines, but for the time being, it is planned to have seven. At the end of 2016, everything will be finished."

That dialogue was shown by all national TV channels.

To understand the scale of this "surprise," one should first say a few words about the submarines that will soon be deployed on the Novorossiysk naval base. According to media reports, it goes about Project 636.3 submarines of profound modernization. The subs are known are "Varshavyanka."

The Varshavyanka was the third generation of large diesel-battery powered submarines in the Soviet Navy. The first generation of these submarine - Project 641 - were commonly referred to as "zhelezki" (hardware); the second - 641B - "rezinki" (rubber), as it was the first domestic diesel-powered light body submarine with rubber-coated hull. In 1983, third-generation submarines appeared, Project 877, nicknamed Varshavyanka. The submarines were named after the Warsaw Pact, as they were supposed to arm not only the Soviet Navy, but also the fleets of our allies in the Warsaw Pact (Warsaw translates into Russian as 'Varshava'). The current modernized version of the submarine operates under the code Project 636.

And now, the commander of the Black Sea Fleet of the Russian Federation informed the president that in the future the submarines would be armed with cruise missiles that would be able to strike targets at distances of more than 1,500 kilometers!!!

If it is true - the admiral would not be lying President Putin in the face - it actually means the destruction of the US military strategy and a qualitative change in the balance of power in Russia's favor. From now on, any vessel of the Russian Navy - not only submarines, but also surface ships - become carriers of strategic weapons. Why strategic? Because equipping such miracle missile with a nuclear warhead is only a question of time and political will of the Kremlin.

As for surface ships, there must be a separate explanation given to it. If these new long-range missiles are not larger than the "Caliber" missile system, then they, of course, can be mounted on any vessel equipped with this complex. However, the fact is that the "Caliber" complex, if desired, is easy to install on all ships of the Russian Navy - from missile boats to cruisers! The question is only about the number of missiles that depends on the tonnage of a ship.

Here, we have another surprise.

On September 29, 2014, the world media reported about the Caspian Summit, in which the heads of five Caspian littoral states participated: Russia, Iran, Kazakhstan, Turkmenistan and Azerbaijan. The participants of the summit coordinated a political statement, in which, for the first time, they put down the unanimous agreement on the future status of the Caspian Sea.

Vladimir Putin commented as follows: "The main thing is that we have agreed upon the political statement, which, for the first time, established basic principles of the five-sided cooperation in the Caspian Sea. The agreements reached meet long-term interests of all parties." He also said that the interaction of the five Caspian states would strengthen security in the region, for the five countries agreed that the presence of foreign armed forces in the region would be excluded.

It was reported that the Russian Caspian Flotilla would include nine small missile ships of Project 21631, Buyan-M. These nimble jet-propelled ships with a displacement of only 950 tons, if necessary, can be based even on the Volga River: they were specifically designed as "river-sea" vessels. Most importantly, despite their small size, they are also equipped with "Caliber" missile systems complete with eight missiles in a vertical launcher.

Three of such ships are already in service; the rest are to be passed into service before 2018. If we assume that they will be armed with "conventional" missiles with a range of 300 km, it remains unclear against whom Russia is going to use these weapons in the Caspian Sea. One such missile can wreck a destroyer, but none of the Caspian countries has ships of this class! "Conventional" missiles can destroy ground targets only on the territories of Azerbaijan, Turkmenistan, Kazakhstan and Iran, which is absolutely unnecessary today.

However, if we assume that the Buyans will be equipped with new long-range missiles, similar to those of Varshavyanka submarines, all falls into place at once.

The INF Treaty signed by Moscow and Washington in 1987, still prohibits Russia from deploying land-based missiles with a range of over 500 km. However, the treaty does not expand to sea-based missiles. This means that nine Buyans, if armed with new superweapons, will be able to destroy up to 72 targets at a distance of over 1,500 km with one salvo.

Given the size of the Caspian area, which now becomes the "launch pad" for the Buyans, it is easy to understand that they will keep a huge region of Eurasia at gunpoint. With missiles of Varshavyanka submarines added, it just so happens that Russian weapons will embrace colossal space. Warsaw and Rome, Baghdad and Kabul, base points of the US Sixth Mediterranean Fleet and its naval strike group, Israel and the lion's share of the southern coast of the Mediterranean Sea will be in sights of the new Russian missiles.

Well, it looks like Putin has prepared a very good surprise for our "American partners"! The State Department and the Pentagon definitely have something to think over.