Many initiatives of the West are a threat to Russia. The Russian Federation withdrew from the Nuclear Summit 2016, at which the United States intended to resort to decision-making mechanisms, from which Russia does not profit. After all, why working for the status of the American president under Cold War conditions? 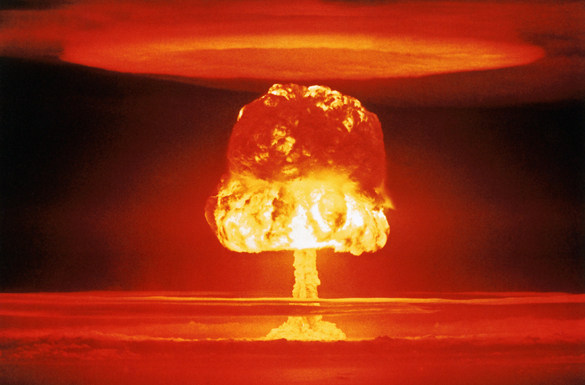 The question about the boycott of the summit appeared after Moscow could not send a delegation to the preparatory meeting in Washington, DC last week. Russian Foreign Ministry said in a statement that the United States deliberately distributed Moscow's negative opinion about participation in the summit, even though Russia had not said a final "no" in diplomatic correspondence.

US President Barack Obama initiated the forum in 2009 in Prague, where he urged to fight nuclear terrorism. The first summit was held in Washington in 2010, then there was a meeting in 2012 in Seoul and in March of this year in The Hague.

"Basic problems in the context of the first nuclear security summit in 2010 have been largely solved, - Anton Khlopkov, Director of the Center for Energy and Security said in an interview with Pravda.Ru. - A possibility of an armed conflict with the use of nuclear weapons is not a topic of the forum. Now they discuss the topic of how to make the storage of nuclear materials and their use safe. First of all, it goes about exports of highly enriched uranium - the material that can be used to make nuclear weapons, from the countries where it is used for civilian purposes. This type of uranium is used in research reactors in the first place".

The expert noted that over the last few years, Russia imported such material from more than a dozen of countries. Only two countries are left on the list, the export schedule has been drawn up, and it will be executed in 2015. "From Ukraine, within the scope of the program, owing to the joint effort of Russia and the USA, with the participation of the IAEA, 250 kilograms of highly enriched uranium was removed,"  said Anton Khlopkov.

Russia's refusal to take part in the nuclear security summit is based on other factors as well. As it usually happens, the US "tried to assume the role of the main and the privileged player," the statement from the Foreign Ministry of the Russian Federation said. Indeed, the delay in receiving the Russian delegation means the removal of Russia from the process to prepare the agenda and final documents that would then, on the idea of Washington, determine the work of international organizations on nuclear issues. The USA displays obvious disrespect for Russia as a partner. This must be stopped at the start, and Russia put emphasis on cooperation in the framework of the IAEA, instead of being a part of USA's unilateral projects.

"The IAEA is a universal organization, where we all are represented and where all of us are working on the same problems," Russian Ambassador to the US Sergey Kislyak said at a press meeting. "Moreover, in 2016, they are planning a similar conference. We believe that one should not create parallel structures and mechanisms, but work in the organizations that have been created for this purpose."

Certainly, in Russia, there is a fear that the Americans are trying to create mechanisms that would give them an opportunity to make decisions on nuclear issues bypassing the UN Security Council, where Russia, as a permanent member,  has veto power.

Finally, there is the third reason. Why improving Obama's international image against the backdrop of such impudent behavior of the American side and ongoing  attacks on Russia? Russia's Ministry for Foreign Affairs denied this cause, though: "There's no political signal against what is happening right now in Russian-American relations in view of the current situation." ... "If the Ukrainian crisis and everything related to it did not happen, our decision would be the same," said Russian Deputy Foreign Minister Sergei Ryabkov.

Yet, the Americans do not think so. The Washington Post wrote that the answer to Russia's refusal to participate in the summit lies in the crisis in relations between Russia and the US.

The newspaper quoted Sergei Kislyak, where he says that he was disappointed with the state of relations between Russia and the US, as well as with the way the US media demonize Russian President Vladimir Putin. "We're not going to beg for a dialogue, if our American partners do not want it," said Kislyak. US Senator Richard Lugar then confirmed that the Russians did not want to improve the reputation of the US president by taking part in a nuclear security meeting.

"Imagine that we do not take part in developing the agenda. We come for the meeting, and they tell us there that they decided over there in America that Russia does not need nuclear weapons," scientist and writer Vladimir Gubarev believes. "Then we tell them at this point - "No, we need nuclear weapons." And then the West starts this rant again claiming that Russia is an aggressor. In the context of NATO expansion and the deployment of the missile defense system that will incapacitate our ballistic missiles, the Americans are trying to disrupt the nuclear balance, on which the world now stands. The real balance of nuclear forces exists since 1972, and this is, of course, something that the USA is unhappy with. The USA always fears force. I have been regularly visiting the United States since 1975, and saw firsthand that the Americans respect force. They talk only with those who are strong, disregarding the weak. That's how it works. The refusal to accept our delegation is nothing special - they just want to put us in a humiliating position. It is common for modern times," the scientist said.