Russia's Ambassador to Denmark, Mikhail Vanin, was not fired after he said that Denmark's decision to join the US missile defense system would automatically make the country a target for Russian nuclear missiles. The fact that the ambassador is still on his position means that he expressed a point of view of the Russian administration. Moscow has thus shown a reasonable response to the involvement of the growing number of countries in the system that blocks Russia's potential retaliatory nuclear strike on the United States. 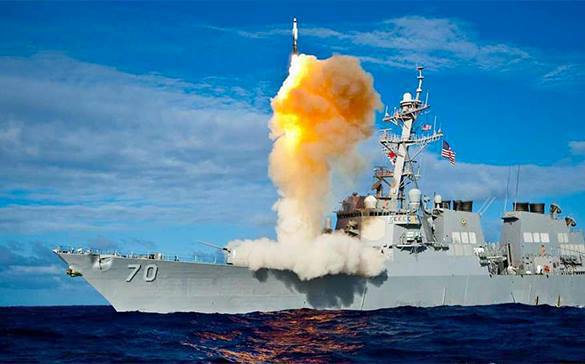 In an interview with the Jyllands-Posten newspaper, Mikhail Vanin said that the Danes did not fully understand the consequences of joining the missile defense program in Europe. "If that happens, Danish warships will become a target for Russian nuclear missiles," said Mr. Vanin.

Russia's ambassador to Denmark expressed a real state of affairs. Should the United States strike a nuclear blow on the territory of the Russian Federation, the latter will have to respond with launching intercontinental missiles with nuclear warheads on the US territory. It is these missiles that the US missile defense system in Europe is designed to intercept. In addition, if Denmark intends to deploy an Aegis ship in its territorial waters, the ship will be destroyed.

It is not clear why the leadership of Denmark agreed to go on such a dubious adventure. Danish officials should better ask themselves this very question. Yet, they waste their energy on Ambassador Vanin and Russia.

"Stationary missile defense facilities, particularly those that NATO plans to deploy in Europe - in Poland and Romania - they fall into the list of priorities for a military attack, - Viktor Murakhovsky, chief editor of Arsenal of the Fatherland journal, member of the advisory council, chairman of the Military-Industrial Commission told Pravda.Ru. - This will not necessarily be a nuclear strike. Perhaps it will be an attack with the use of high-precision weapons of ground-based navigation, such as Iskander missile complexes, for example.

"As for mobile targets, such as warships equipped with Aegis system, they fall into this category only if they enter the zone that allows them to perform the tasks of missile defense. One should keep the areas, where those ships can pose a military threat to Russia, at gunpoint," the expert told Pravda.Ru.

And now let us quote the Danish side. "Russia knows perfectly well that NATO's missile shield is defensive in nature, that it is not directed against Russia," the Minister of Foreign Affairs of Denmark, Martin Lidegaard stated.

Foreign policy expert of CDU/CSU at the German Bundestag, Karl-Georg Wellmann, said: "What the Russian ambassador said threatens a country like Denmark that is not considered a militant country at all - it was a diplomatic insult of first order. It shows how the Russian people think. They are not capable of anything else, other than making threats. This is the reason why they are so hopeless in political terms."

Presenting the missile defense system as the system that is being allegedly created against missiles from Iran or North Korea is pure hypocrisy. Russia has repeatedly expressed its concerns about the system and offered to create a joint security system, but the United States rejected the proposal. To crown it all, NATO refused to provide an official document to the Kremlin that would guarantee that those missiles would not be directed against Russia.

Noteworthy, Breedlove is the general, whose knowledge of geography needs to be improved (he believes that the city of Mariupol is located on the Black Sea) along with his military outlook. This general tirelessly reiterates many tales of Russian troops crossing the border of Ukraine. As it turns out, Mr. Breedlove is no diplomat either. "Putting diplomatic and political pressure" - this is rather a traditional technique of the United States. Barack Obama spoke about it in his West Point keynote foreign policy speech.

The case of Denmark's accession to the US missile defense system is an example of the American pressure on the "small, but proud country." What significance can Denmark have for missile defense? None whatsoever.

"One needs to read the Russian military doctrine that says that Russia can use nuclear weapons only in a retaliatory strike, if Russia becomes a target for nuclear weapons or other weapons of mass destruction, - Yevgeny Murakhovsky told Pravda.Ru. - When we tell our Western partners that it is them who create a threat for themselves deploying elements of the missile defense system on their territory, they feel offended. Yet, this is a standard military procedure: if neighboring countries create military objects that pose a threat to Russia's security, those objects automatically fall into the category of priority targets. This is the way the Americans act. They have an operational plan that they specify annually. The plan contains the list of targets in Russia. As far as I know, the current plan includes the departments of state and military control - that is, communication systems, objects of strategic, nuclear forces and so on."