New nuclear arms control treaty is a trap for Russia 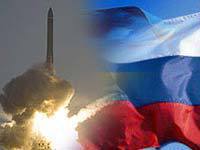 The ratification of the START-3 Treaty is a trap for Russia, military expert Konstantin Sivkov said in an interview with Pravda.Ru. The Americans, the expert said, managed to achieve practically everything that they wanted, except for the number of strategic carriers. As a result, Russia will be deprived of the previous advantages of the nuclear and missile shield.

The US Senate ratified the Strategic Armed Reduction Treaty (START-3) after eight months of debate. Seventy-one of 100 senators voted for the ratification of the document. Twenty-six members of the upper house of the Congress voted against it.

The ratification of the treaty sparked heated debate. Until the very last moment, no one was certain if the Americans could approve the treaty, because the Republicans were trying to torpedo practically all initiatives of the US president. Obama's followers from the Democratic Party had only 59 votes against the required 67. They were supposed to win the support of a part of the Republicans. As the outcome of the vote showed, the goal was achieved.

To accomplish the task, a special resolution had to be added to the document. The senators demanded the US president should undertake to modernize the nuclear system of the country and conduct negotiations with Russia to remove inequality on tactical nuclear arms.

Russian officials have already welcomed the senators' decision. Russia's Foreign Affairs Minister Sergei Lavrov stated that they had made a very important move. It would take Russian deputies time to study the resolution, the minister added. Mikhail Margelov, the head of the Federation Council Committee for Foreign Affairs, said that the Russian parliament would most likely ratify the document already during the next following days.

The Strategic Arms Reduction Treaty was signed by Russia's Medvedev and USA's Obama on April 8 in Prague. In accordance with the document, the two countries were supposed to cut their nuclear arsenals to 1,550 nukes. In addition, Russia and the USA will have to limit the number of deployed carriers (intercontinental ballistic missiles, submarine-based ballistic missiles and strategic bombers) to 700. The number of non-deployed carriers must not exceed 800.

The Republicans believed that Obama agreed to make inadmissible concessions to Russia. They demanded more funding for the development of the nation's missile defense system and its deployment in Eastern Europe. As a result, Russia and the United States failed to come to consent about the problem.

The new treaty will expire in ten years. In case one of the sides believes that regulations of the document pose a threat to its security, it will be possible to pull out from the treaty. The new document is said to come into effect in 2011.

Pravda.Ru discussed the issue with Konstantin Sivkov, a military expert.

"Why did it take the Americans so long to ratify START-3?"

"They try to demonstrate that they showed some mercy on Russia with this ratification. Russia should not be misled about the fact that it took the Americans months to ratify the agreement. As a matter of fact, it was the USA that wanted Russia to sign the new treaty."

"To which extent is the new document profitable for the two sides?"

"It is a trap for Russia. The only advantage that Russia has been able to win is that Leonid Ivashov's team has been able to have the number of carriers fixed at 700, not 200 as the Americans wanted. Such a wish of the United States was not incidental. According to the plans of the development of the US missile defense system before 2020, the system is supposed to be capable of intercepting 220 IBMs of a potential enemy. Russia wouldn't be able to deter American aggression in this case."

"Is there a downside of the new agreement?"

"First and foremost, the Americans forced in the missile defense aspects that they wanted. The USA can virtually develop their system the way they want, without any limitations. Secondly, prior to START-3, NATO did not have the decisive superiority over Russia on the number of warheads. The USA and its allies were 30 percent ahead of Russia at this point, which was not a critical situation. Now the state of affairs will be different. NATO will have a considerable superiority on the number of warheads - 2 or 2.5 times. The real disbalance will be larger, because the US has preserved the so-called breakout potential. It goes about the warheads that were removed from duty and deposited. It will not take long to have those nukes back on duty again. Therefore, NATO will be eight times superior over Russia on the number of nuclear warheads in total.

"Thirdly, the agreement does not touch upon non-nuclear forces, the development of which may minimize Russia's possession of strategic arms. It goes about cruise missiles - hypersonic arms, first and foremost. Hypersonic missiles will make it possible to solve the goals, for which nuclear arms were built, albeit without the use of nuclear arms. A greater number of carriers, which Russia achieved, will not play any role at all. Hypersonic missiles with the range of 5,000 kilometers and flight speed of 3 kilometers per second will be capable of striking enemy's targets in mere minutes. The enemy will not even have time to make any decisions. Russia does not have such weapons, because all those programs were scrapped during Yeltsin's presidency. Russia lags far behind the United States at this point.

"Does it mean that the USA will have a tougher approach to Russia after the ratification of START-3?"

"The treaty is one of the links in the USA's strategy to keep its control over the world. It does not mean, of course, that we should expect an attack from the USA the next day. The Americans are creating the conditions, under which Russia will not pose any threat to them. They will be able to get what they want from Russia. First and foremost, it goes about cheap resources and Moscow's political decisions, which would be good for the USA.

"START-3 should be analyzed together with other major events happening in the world. The Western civilization is coming into a bigger clash with the Chinese and Arab-Muslim civilizations. The West is especially concerned about China's speedy development. Cheap raw materials make one of the main sources for the prosperity of the Western civilization. The further development of China, India and Brazil may change the situation: there will be no more cheap raw materials, and they will be controlled by these rising superpowers. If it happens, transnational corporations will lose their global influence. Therefore, the West needs to slow down the development of China and other countries. It would also be important to cut these countries from sources of raw materials, and Russia is one of those sources. Concluding the START-3 treaty gives the United States a very good opportunity to put pressure on Russia. If we refuse to dance to the American tune, they will use force against us, and we will not be able to do anything about it," the expert concluded.