Obama shame and the Turkish pageboy 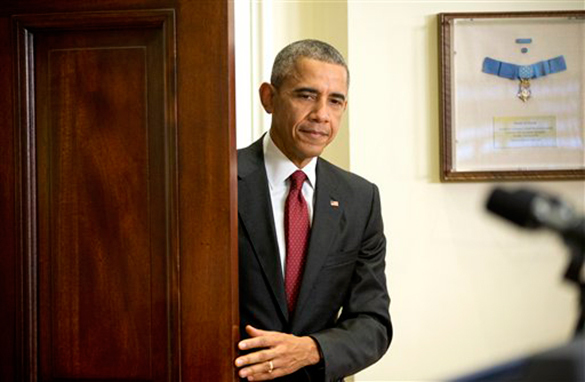 The day of the demonstrative destruction of the Russian Su-24 by the Turkish Air Force over the Syrian territory, liberal media produced a headline that sounded as follows: "The greatness Putin breaks against the greatness of Erdogan." This is a funny conclusion to make indeed, especially in light of the facts that were revealed afterwards.

For example, it was revealed that Turkish pilots shot down the Russian plane in a cowardly manner, by attacking from behind, without showing themselves to the Russian pilots.

It was also revealed that it was Erdogan himself who made the decision to attack. Taking into account the agreements between the Russian Federation and the Pentagon about the flights over Syria, given the fact that Turkey is far from being an independent state in military terms, but is only a dependent NATO member, is there any greatness in the dependent president of the dependent state?

Furthermore, it was said that Erdogan had asked permission from his US counterpart Barack Obama for the impending attack against a Russian warplane. Having received the permission, Erdogan orders his "brave pilots" to ambush Russian pilots from behind. Does it sound like a great decision? Jackal manners do not make anyone great.

Moreover, everything becomes even more absurd from the point of view of Erdogan's greatness.

Just look at this.

On both the first and the second day after his low criminal act, Erdogan said that Turkey was right to destroy the plane because the latter supposedly violated Turkish airspace. He also claimed that he had no one to apologize to: it was up to those who violate the sovereignty of his country that should apologize to him instead.

Having committed a war crime, Turkish President Erdogan did not address the president of the country, whose warplane Turkey shot down - he addressed Washington and NATO instead.

To crown it all, here is what Erdogan said today: "If Turkey had known that the Su-24 was a Russian plane, our reaction would have been completely different." "I could not get through to Vladimir Putin on the phone after the incident with the airplane." "Ankara wouldn't like the relationship with Moscow to aggravate."

The Nobel Peace Prize laureate is a cool guy, of course. Yet, he is doing his best to be included on the list of America's most ridiculed presidents, starting with the Nobel Peace Prize title and continuing with the list of wars that he flamed. This is the biggest claim on the part of the international community. The Americans have something else to say. Never before has the USA had such a huge public debt. Never before has the USA had so many people living on food stamps. This is not the point of this article, though.

Closing the subject of "Erdogan's greatness," we can only say that pageboys who carry someone else's mantle can never be called great people. Now is the time to proceed to another figure, who does consider himself a great person - we are talking about Obama, of course.

Having winked in approval for the planned provocation, Obama could not but understand the consequences of such a move for Turkey. This is where the Nobel Peace Prize laureate found a revelation: it goes about Russia stepping in in the struggle against the Islamic State terrorist organization (the organization is banned in Russia). What Russia has done in two or three months of its anti-terrorist operation in Syria is a lot more than what the huge Obama-led coalition has been able to do. After all, against the background of Putin's actions, Mr. Obama looks like a brat, sorry about that.

Now is the time to assess Obama's other actions and decisions. We are talking about sanctions against Russia for refusing to recognize the US-plotted coup in Ukraine. It goes about the sanctions, which the US forced other countries to join - even US-dependent ones and those that still live under the US occupation.

The West imposed the sanctions on Russia with fanfare. However, the sanctions did not remove Putin from power, but quite on the contrary - they increased Putin's rating to the level that seems unimaginable to any Western leader. Yet, the stubborn Obama, like a naughty child, keeps on saying that his wish is about to come true: the alpha-male from Moscow will be defeated by a slender boy with gay past.

As for the sanctions and their efficiency, we can try to understand the decisions that Prime Minister Dmitry Medvedev announced today.

We can wait for official announcements to come, but any expert on Turkey can already say that all these measures will result in the removal of Erdogan and his party from power. Noteworthy, Erdogan managed to gain the support of the citizens of Turkey just because he entered a coalition with other political forces.

Today, there is every reason to believe that before the new year this coalition will begin to slowly disintegrate under the influence of Russian sanctions. Before the end of the year 2015, leaders of certain political parties in Turkey will start positioning themselves as forces advocating the resumption of close ties with Russia. Moreover, it will be this kind of parties that Turkey's big business will be funding.

Here is a forecast. If Russia introduces the above-mentioned measures, then in less than a year, the great Erdogan will find himself on the historical list of Turkish drunkards who replaced Sultan Suleiman.

Yesterday's threat from Turkey to put the Armenians of Nagorno-Karabakh on their knees came as a sign of agony of the sitting political elite of Ankara. The public opinion of not only Russia, but also of America, France and many other countries will brand Erdogan as a "toy under-Hitler." As a result, Turkey's door open crack to the European Union will shut with a bang. The UN may then discuss the issue of the Turkey-occupied part of Cyprus and many other issues.

How will the people of Turkey react to Russia's sanctions? They say that in Istanbul - Turkey's European window - people call Erdogan disgusting names already.

These days, owners of hotel complexes on the Turkish coast curse Erdogan as well. These opinions will reach German citizens who hold the palm of tourist majority in Turkey.

Barack Obama can enjoy all the consequences of Erdogan's stab in Russia's back. This is a lesson that he can learn from Vladimir Putin on how to effectively arrange sanctions against a foreign state without spending millions and millions of dollars on various projects, including Navalny and other NGOs. Obama can see how to prepare the imposition of sanctions, how to foresee results and how to put selective influence on social layers of a single state.

Due to the quality of his education, Obama is not likely to understand that all. Today, his main goal is to minimize the appearance of information about Russia's sanctions against Turkey in US media. Afterwards, he will have to do the same in relation to the information about the results of those sanctions. The US propaganda empire will come in handy at this point.

Against the backdrop of the pre-election campaign in the USA, Obama will not be able to hide his inefficiency of a thinker and statesman. He is not likely to conceal his shame for blessing the Turkish pageboy for the destruction of the Russian plane. A new set expression may appear in the United States as a result of Obama's presidency - "Obama shame."

Pravda.Ru
Chairman of Board of Directors