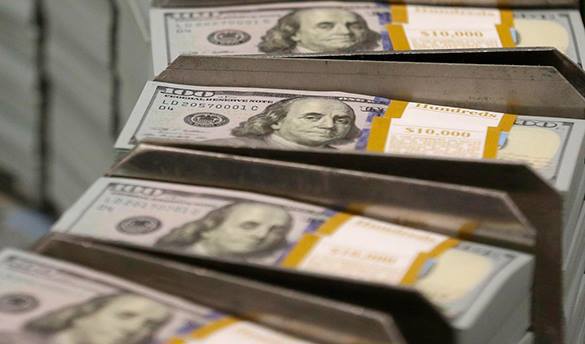 Detroit and Puerto Rico have only just begun the debt bombs bursting in the USA, the USA's slow motion economic collapse. Who's next? I'm going to tell you about some US local and state governments that have too much debt and are ripe for debt collapse along with a few US government authorities and corporations that borrowed too much money and are also ripe for debt collapse.

Mr. Dudley of the New York Federal Reserve Bank recently warned of a wave of US municipal debt collapses coming soon. The problem is bigger than solely US municipalities as Mr. Dudley no doubt is aware. Chicago or LA, which one is more likely to collapse first? Chicago. Kanakee County IL or Perry County KY? Kanakee County is more likely to go belly up first. Atlantic City (AC) or Yonkers? AC is more likely to bite the dust first. 1 out of 25 states are ready to collapse within months, as are 1 out of 20 US cities, 1 out of 15 US government authorities and 1 out of 7 US corporations. Within a few years, many US cities, counties, authorities, states and corporations will have debt collapsed, before the USA as a nation debt collapses. A tsunami of debt collapses is hitting the USA. The causes are government officials and corporate executives who borrowed too much easy money plus wall street bankers and hedge fund vultures who lent too much easy money.

Besides city, county and state collapses, there will also be school debt collapses, hospital debt collapses, government authority debt collapses, individual bankruptcies, corporate debt collapses and finally the nationwide debt collapse of the USA. If change cannot be brought about fast - like increasing revenue (e.g. raising taxes on the rich) or cutting spending (e.g. ending endless war, cutting military/intel spending) or both - then, the best way forward may be to evacuate. Get away from the places about to collapse as quickly as you can. If you find your home is burning to the ground, as I discovered one Sunday evening in New York City in the Summer of 2011, what are you going to do? Evacuate.

Much of the data about which collapses are forecast to come first, second, third and so forth are from financial data, spreadsheets, credit ratings, revenue vs. debt calculations and the like. These are projections, they are not cast in stone. Any corporation, any individual, any part of government in the USA can stop borrowing too much money and can start paying off the debts they owe anytime they feel like it.

Most likely to be first up to collapse are some US cities like:

If you've studied cost accounting at a graduate level, did cost accounting work and you look at publicly available financial data from these cities, it's like looking at nightmare on main street parts I, II, III and IV about to happen.

On September 24, 2015, US Senator Chris Murphy (Republican - Connecticut) said "I don't think Ukraine should be obligated to pay Russia back a dime", referring to $3 billion in debt that The Ukraine needs to pay back to Russia in December 2015, adding "the international community should make it clear that we should take whatever steps necessary to give Ukraine the legal cover it needs to walk away from that debt." That from 1 of the 100 US Senators from the World's #1 creditor nation, the USA.

When more US cities debt collapse like Detroit did, will US Senator Murphy tell those cities that he doesn't think they should be obligated to pay back a dime? And that whatever steps necessary should be taken to 'give them legal cover to walk away from their debts' to creditors, to retired Americans who were promised pensions and to sick Elderly Americans who were promised health care?

Deadbeats. It's that who the people working for the US government are?

Stiffing creditors, Elderly Americans, US Soldiers, US Veterans, US government workers, etc. out of money. Is that what the "leaders" of the US government do?

From 1992 to 2014, the US govt spent $5.1 billion in US taxpayers money on foreign aid to The Ukraine to "support democracy building programs", resulting in a violent revolution to overthrow the democratically elected government in The Ukraine in February 2014. About 100 people were killed and about 1,000 people were injured in that violent Eastern European revolution against a democratically elected government. $18 billion was then 'lent' to the new un-elected government that seized power in 2014, as a financial reward for having violently ending democracy in The Ukraine.

With government in the USA unable to pay $46+ trillion in debts that it owes, with the US government's debt levels getting higher with each passing week, the US government needs to stop spending US taxpayers money on foreign aid to places like The Ukraine. There are places in the USA that could use that foreign aid money a lot more than any country in Europe could. If Congress is too deadlocked to decide which places in the USA to spend those billions of dollars in US taxpayers money instead, then just write out tax refund checks to every taxpayer in the USA and stop giving our US tax money in foreign aid to European countries like The Ukraine.

Better yet, make a nationwide ballot proposition in the USA to ask American voters: do you want to spend billions of our tax dollars each year on foreign aid to foreign countries, do you want that money spent in the USA instead of in foreign countries or would you prefer a tax refund check for that foreign aid money back instead? Nationwide ballot propositions like that would be truly democracy building in the USA, for American voters in counties and cities all across the USA to have a vote on how our tax money gets spent.