Russia plans no war with Turkey, but all will change - Lavrov

The pilot, who survived the downing of the Russian Su-24 bomber plane in Syria, said that the warplane had not violated Turkish airspace during the operation. 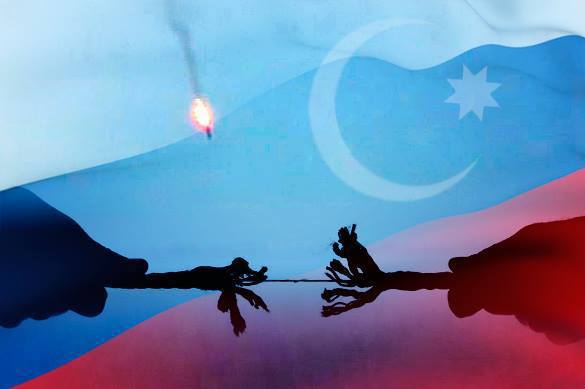 "I was in charge of our entire flight, right to the moment when the missile exploded. I could perfectly see on the map where the border was and where we were. There was not even a threat that we could cross the border and enter Turkey's airspace," the rescued pilot said.

He explained that given the altitude at which the aircraft was flying and clear weather, it was impossible for an experienced crew to make a mistake even for a second, Pravda.Ru reports with reference to RIA Novosti.

The pilot added that the plane did not receive any warnings of the impending attack from the Turkish side. According to him, Turkey did not use either radio contact exchange or visual maneuvers.

"If they wanted to warn us, they could have shown themselves by flying on the parallel course. Yet, there was nothing. The missile hit the tail of our aircraft out of the blue. We did not see the missile visually, we could not make an anti-missile maneuver," the pilot said.

The surviving pilot stressed out that once he recovers, he will do his best to stay in the Russian Air Force in Syria to revenge for the killed commander.

Meanwhile, Russian Foreign Minister Sergei Lavrov stated that Russia did not have an intention to go to war with Turkey because of the attack on the Russian Su-24. However, Moscow will not leave Turkey's act unanswered, Lavrov added, Interfax reports.

"We are not going to go to war with Turkey. Our attitude towards the Turkish people has not changed - we have questions to the actions of the current Turkish leadership," Lavrov said at a press conference on Wednesday. According to the Russian Foreign Minister, the downing of the Russian warplane looked like a  planned provocation.

"Some of our partners who contacted us yesterday, said it was an obvious ambush: they were waiting, watching, looking for a pretext," the head of the Russian Foreign Ministry said.

Therefore, Russia will not leave the action of the Turkish military unanswered. Moscow will revise relations with Ankara, Larvov said.

"As for the current stage of our relations and the agreements that we have concluded with the Turkish government, we will seriously reevaluate and rethink everything that is happening in our relationship at an angle of the attack that has been committed against our aircraft," said Lavrov.

Russia does not intend to interfere with the cooperation between Russian and Turkish companies. "Of course, we do not want to artificially create any problems for Turkish manufacturers and exporters that, of course, do not take any responsibility for what has happened, nor do we want to create any problems for our citizens and our companies that cooperate with the turkish side," Sergei Lavrov said.