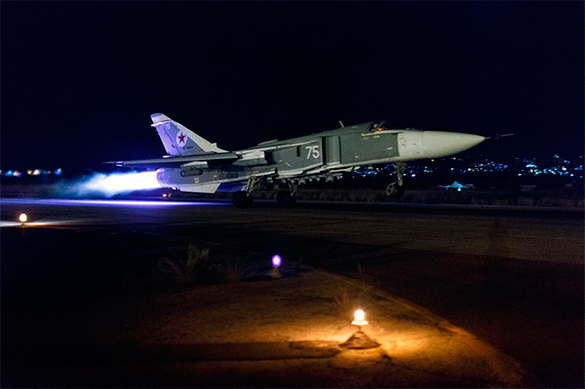 The aircraft was supposedly shot down from the ground.

Russian Defense Ministry officials said that the Russian aircraft had not violated Turkish airspace and was flying only over the territory of Syria.

The pilots of the fighter jet supposedly managed to eject, Pravda.Ru reports with reference to RIA Novosti.

The fighter jet was flying at an altitude of 6,000 meters at the moment when it was shot down.

Also read: Putin: Turkey stabs Russia in the back