The Kremlin will respond to Turkey's aggression against Russia, albeit not militarily. Russia's retaliation will manifest itself in tightening economic cooperation with Turkey. In addition, Russia may expose the information about Turkey's cooperation with Islamist terrorist groups. 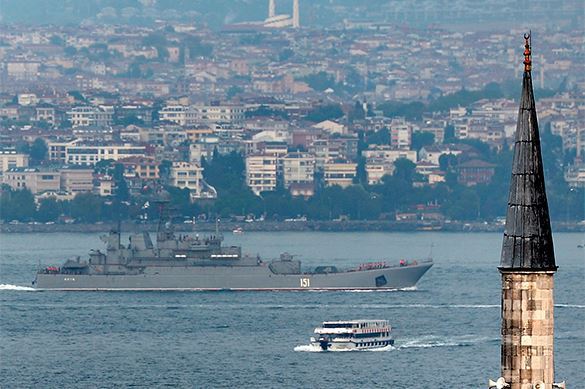 On November 24th, when Turkish fighter jet shot down a Russian military aircraft above the territory of Syria, Russian President Vladimir Putin stated that Turkey was buying huge amounts of cheap oil and petroleum products from terrorist-captured territories in Syria. It appears that Russia will take efforts to expose the details of Turkey's cooperation with terrorist groups in Syria to the international community.

To crown it all, in response to the attack on the Russian Su-24 fighter jet, Russia will restrict imports of a variety of goods from Turkey. Suppliers already have to deal with many problems at customs posts. Importers say that cargo registration was actually stopped.

Also read: Russia plans no war with Turkey, but all will change - FM Lavrov

Russia will introduce intense monitoring of food supplies from Turkey and conduct additional inspections on the border, officials with the Ministry for Agriculture of the Russian Federation said. The control over the supplies of Turkish clothes and household chemical products will be strengthened as well. Russian authorities already have questions to Turkish light industry products, including children's clothing, furniture, detergents and cleaners. "In each case, measures are taken in accordance with the legislation of the Russian Federation; the products in question relate to a high-risk group," a message on the website of the Russian Agency for Consumer Rights said.

Dmitry Peskov, an official spokesman for Russian President Putin, stated that Russia was not introducing a trade embargo against Turkey. Yet, Russia is taking additional measures to control Turkish goods in connection with increased risks of various extremist manifestations, Peskov said.

"There is no embargo being introduced, but as various manifestations of extremism are increasing, we are taking additional control measures," Peskov said, RIA Novosti reports. According to him, this is a natural reaction, "especially in terms of unpredictable actions of the Turkish Republic."

When asked about a possibility for Turkey to prevent Russian vessels from passing through the Bosporus to Syria, Dmitry Peskov said that Moscow was counting "on the inviolability of standards of freedom of navigation through the Black Sea Straits."