Why Merkel betrays Europe and Germany

First, the danger from Iraq is not fictitious but real 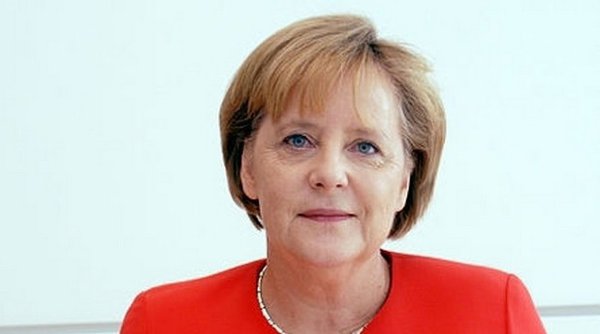 One must understand the reasons of Angela Merkel's behaviour. She obeys America and her Israeli mentor ('Israel is Germany's raison d'être'???), she threatens and mistreats Europe; she attacks Russia and now she builds a new sanitary cordon (like in 1919) in order to deconstruct Eurasia and reinforce American agenda in our unlucky continent. Now Merkel advocates for the rapid adoption on the most infamous and perilous treaty of commerce in history, the TPP (Trans-Pacific Partnership). Dr Roberts has recently explained the meaning of 'Fast Track' expression and a courageous Guardian, last 27th may, has exposed the corruption of American Congress on this incredible yet terrible matter.

Why is Merkel so pro-American and anti-European?

Let us explain with the data we know the reasons of such nihilist and erratic behaviour.

- Angela Merkel is not from East Germany (east-Germans are pro-Russian indeed, see lately the declaration of generals). She was born in Hamburg in 1954 (Federal Republic of Germany). Shortly after her birth, her family made the unusual choice of moving to the East. Her father, a pastor in the Lutheran church, founded a seminary in the German Democratic Republic and became director of a home for handicapped persons. He enjoyed a privileged social status, making frequent trips to the West.

- She became politically involved in the Freie Deutsche Jugend (Free German Youth), the state organisation for young people. She rose within the organisation to the post of Secretary of the Agitprop department, becoming one of the main experts in political communication in the communist system. She enjoys selling her convictions.

- In November 1989 The CIA attempted to take over by recruiting senior individuals. One month later, Merkel changed sides and joined the Demokratischer Aufbruch (Democratic Revival), a movement inspired by the West German Christian Democrat party. As we know from history, these political parties in Europe are neither Christian nor democratic. They just serve American and business agendas. In order to avoid a mass exodus from the East to the West, Merkel argued strongly in favour of getting the GDR to join the market economy and the Deutschmark zone. Ultraliberal but never popular in Germany, her thesis finally imposed itself in Germany, like that of Sarkozy, her fellow neocon in France who definitely ousted any rest of Gaullism in this country.

- Her second husband, Joachim Sauer, was recruited by the US Company Biosym Technology, spending a year at San Diego at the laboratory of this Pentagon contractor. He then joined Accelrys, another San Diego company carrying out contracts for the Pentagon. Of course Acclerys is quoted at the NASDAQ...

- Helmut Kohl and his closest associates had apparently accepted money from obscure sources for the CDU. Angela Merkel then published a heroic-comical article in the Foreign Frankfurter Allgemeine Zeitung in which she distanced herself from her mentor. One can check that she repeatedly betrays her protectors... and electors (whose median age is of sixty).

Angela Merkel was then publicly supported by two press groups. Firstly, she was able to count on the support of Friede Springer, who had inherited the Axel Springer group (180 newspapers and magazines, including Bild and Die Welt). The group's journalists are required to sign an editorial agreement which lies down that they must work towards developing transatlantic links and defending the state of Israel. The other group is Bertelsmann.

In 2003, Chancellor Gerhard Schröder opposed the Anglo-American intervention in Iraq. Angela Merkel then published a 'courageous' article in the Washington Post in which she rejected the Chirac-Schröder doctrine of European independence, affirmed her gratitude and friendship for "America" and supported this scandalous and ridiculous war. I quote some lines of this interesting act of submission to her American lords:

- Because of decisive events, Europe and the United States now must redefine the nucleus of their domestic, foreign and security policy principles.

- Aid to Turkey, our partner in the alliance, is blocked for days in the NATO Council by France, Belgium and Germany, a situation that undermines the very basis of NATO's legitimacy.

- The Eastern European candidate countries for membership in the European Union are attacked by the French government simply because they have declared their commitment to the transatlantic partnership between Europe and the United States.

She then threatens France, then a free country run by Chirac and Villepin, and advocates for what Gore Vidal quoted 'the perpetual war'... involving a 'perpetual peace':

- Anyone who rejects military action as a last resort weakens the pressure that needs to be maintained on dictators and consequently makes a war not less but more likely.

Also read: Can Germany turn its back on USA? No, it can't

- Germany needs its friendship with France, but the benefits of that friendship can be realized only in close association with our old and new European partners, and within the transatlantic alliance with the United States.

Yet Merkel hardly won the elections in 2007. She announced the abolition of graduated income tax, proposing that the rate should be the same for those who only just have what is necessary and those who live in luxury: a rest of her Christian education maybe?

The outgoing Chancellor, Gerhard Schröder, severely criticised this proposal in a televised debate. The CDU's lead was decimated, and in the actual election, the CDU polled 35% of the votes and the SPD 34%, the remainder being spread amongst a number of small parties. The Germans didn't want Schröder any longer, but nor did they want Merkel. I repeat that she was imposed more than elected. Stanley Payne, the famous American historian has repeated about Spain (or any western democracy) that now politicians are 'not elected but chosen' by apparatus, agencies and 'visible hands' of the markets - Goldman Sachs.

These last weeks, Mother Merkel tries to re-launch the proposed merger of the North American Free Trade Area and the European Free Trade Area, thereby creating a "great transatlantic market" to use the words once pronounced by Sir Leon Brittan, a famous paedophile involved in scandals and bribes since, and mysteriously found dead a couple of months ago.

Let us se now some of their connections:

Merkel is publicly supported by Friede Springer, widow of West German press baron, Axel Springer, who's publishing conglomerate, the Springer Group secretly received around $7 million from the CIA in the early 1950's.

She is counselled by Jeffrey Gedmin. Gedmin is a regular columnist in Die Welt, a publication of the Springer Group. After becoming administrator of the Council of the Community of Democracies and director of the Aspen Institute in Berlin in 2001, Gedmin devoted himself exclusively to Merkel.Gedmin was too involved in the infamous Project for a New American Century (PNAC) and wrote the chapter on Europe in the neocon programme. He argued that the European Union should remain under NATO authority and that this would only be possible by "discouraging European calls for emancipation".

We have never been so far from 'emancipation' now in Europe, and never been so near to a war with Russia and maybe (in order to satisfy American gruesome appetite) with Central Asia and China. In France, 61% of the people who had witnessed the war asserted in 1945 that we were saved by the Russian Army. Now, thanks to American propaganda backed by European collaborators, we are hardly 10% to know that fact. The rest is misled by propaganda, media, TV and films. Daniel Estulin speaks of a remade, of a re-fabricated past by US television and media agencies.

In a few years, Merkel has destroyed European solidarity, annihilated the German nuclear park (an old American obsession too), impoverished Germans and their once efficient Rheinisch and solidary economy, favoured with the leftists and cowards the African invasion of Europe, backed the 'mad dog' American diplomacy and created along with an irresponsible American administration (irresponsible because America will never win this kind of conflict) a dangerous crisis against Russia than can end on a war or a scandalous European partition.

Her outcome is a wonder.

A traitor you do look like; but such traitors