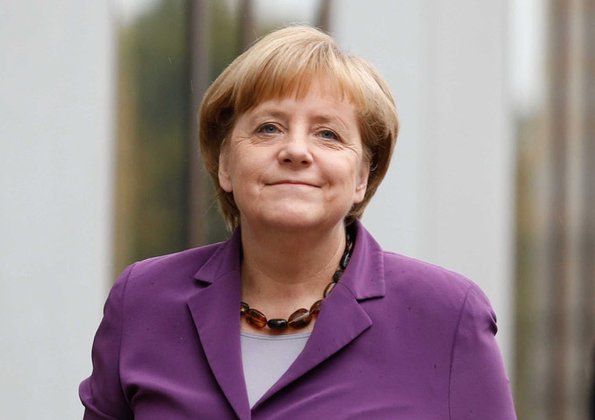 These days, mass media and experts pay attention to a new political course of German Chancellor Angela Merkel in relation to Russia. Previously, Merkel had a loyal stance to Moscow and Putin. Recently, however, her statements have gotten a lot harsher in connection with the Ukrainian crisis. Not that long ago, Merkel said that "Russia's actions call into question peace in Europe and violate international law." She also stressed out that nothing could justify "the annexation of the Crimea" and Russia's participation in the fighting in the Donbass. To crown it all, she stated that economic sanctions against the Russian Federation were "inevitable."

With her speech at German Bundestag, Merkel made it clear that she was ready for a long confrontation with Putin in connection with the Ukrainian crisis. "We have to keep patience and endurance to overcome the crisis," she said at the end of her speech to the Parliament. However, during her recent visit to Australia for the G20 summit, the Chancellor said the same. Speaking in Sydney, she warned the West about the long struggle with Russia over Ukraine.

It appeared to many experts that with her speech to the Bundestag, Merkel tried to express her indignation over Putin's unwillingness to meet calls of the West to resolve the conflict in Ukraine.

Noteworthy, Putin has already responded to Merkel's challengin remarks. At a meeting on the development of the Russian Armed Forces on Wednesday, the Russian president said that Russia had no intention to get involved in geopolitical conflicts. "We are not threatening anyone, nor are we going to get involved in any geopolitical games, intrigues and conflicts, whoever may want to have us involved there," Putin said, Interfax reports. The president added that Russia would protect its sovereignty and integrity, as well as the security of its allies.

Analysts believe that the G20 summit in Brisbane has not brought any results at all as far as the regulation of the Ukrainian conflict is concerned. The recent visit of German Foreign Minister Frank-Walter Steinmeier to Kiev and Moscow was fruitless as well. It appears that Berlin is bracing up for a long cold war with Moscow. Merkel has recently stated that even though Berlin remains open to negotiations with Moscow, Germany is prepared for a long confrontation with Russia.

Russia's reunification with the Crimea surprised many politicians in the West, including Merkel. The Chancellor ruled out a possibility for Germany's military intervention in the conflict in Ukraine, but declared Russia's actions unacceptable.

According to The Guardian, Merkel's recent remarks about the position of Russia on the crisis in Ukraine demonstrated Germany's refusal from "eastern policy" that the country was following for several decades. These changes may have a significant impact on the balance of power on the international arena, the newspaper believes. In this case, supporters of Russia in Germany will find themselves under enormous pressure, and the relationships between Germany and the United States will change too.