What does Merkel want from Yatsenyuk? 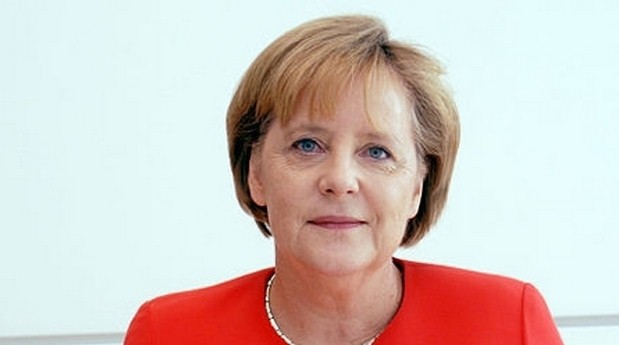 Pravda.Ru interviewed Christoph R. Hörstel, Managing Director  at Hörstel Networks, about the visit of Ukrainian Prime Minister Arseny Yatsenyuk to Germany. Mr. Hörstel shared his views with us on to what German Chancellor Angela Merkel needs from the Prime Minister of Ukraine.

"Ukrainian Prime Minister Arseniy Yatsenyuk has arrived to Germany. Which is his goal of the meeting with Angela Merkel?"

"Firstly, Kiev needs money - and a lot of it. Kiev needs money from Germany direct, from IMF and other sources, so PM Yatsenyuk is hard pressed to win German support to fulfil his needs. Secondly, Kiev further wants Germany's backing for official lethal weapons deliveries to Kiev, unofficially these deliveries are continuing - we are witnesses to a highly deceitful US-led NATO game here. Germany is at present still the strongest stumbling block against those official weapons deliveries.

"Thirdly, Germany is also opposing strong new anti-Russian sanctions, insisting on prolonging he old ones. Kiev perceives it vital to also overcome this hesitation. Lastly, Kiev wants a bigger role in the EU, quicker access to NATO etc., all of which is non-compliant with the German position. For this reason Yatsenyuk has chosen the moment of confrontation against ex-governor Kolomoisky to ask for some kind of strange "reward", which Merkel has acknowledged verbally, which in turn, as the world knows fully well, means exactly nothing. So Yatsenyuk felt forced to travel to Berlin himself to find out about the substance of Merkel's promises, i.e.: the preconditions, procedures, steps, prospects."

"Having a lecture at the Konrad Adenauer Foundation on Wednesday, he said that diplomatic, political, financial and economic means for the conflict resolve in the Eastern Ukraine should be backed with the military powers of the Ukrainian army and asked for the supplies of the "defence weapons". Will these weapons be of any solution, or is it an attempt to draw Europe into the conflict?"

"Not only is there no military solution to the crisis, not is Europe as a whole really ready to be drawn into the conflict. Washington may succeed in armtwisting some lesser "new European countries" into obedience, called "co-operation", here - but that won't help Washington much. The term "defense weapons" is the most ridiculous invention since the existence of a situation called "war". There is no such thing as a defense weapon, but there is indeed a defensive policy. If we look at that, we clearly see, that blackmailing, oppressing, slaughtering fellow countrymen is not what people readily call defensive policy - but that is what Kiev wishes to continue with EU backing. That is not easily won.

"In fact, increasingly, EU governments feel the ground beneath their feet elapsing, since their hitherto political positions erode at high speed: Maidan is being uncovered as a secret Washington-led NATO concept of coup d'état, recently and openly declared by Stratfor head George Friedman in his (in)famous Chicago speech. Nazi special forces' participation is being uncovered increasingly, rendering western positions more and more uncomfortable. Questions come up in NATO populations - threatening much wider political damage than just in the Ukraine issue."

"Do the Germans believe that there is a real threat of attack from Russia, as Yatsenyuk is trying to inspire it?"

"There is nowadays little data to prove the real situation in the German hearts and minds. We recently had an ARD poll about that, rating German fears at two thirds - which I openly declared a fraud, for good reasons, which I unfortunately cannot openly declare. However, we face a double-pronged "mixed feeling quagmire": Germans are well aware of and very much dislike US-led aggression against Russia. 80-90% want peace, stability and good business with our big European neighbor. But since the aggressive US policy continue every day, fear sets in, that russia might retaliate. Even prominent and very seasoned old Russian friends tell me in private conversation, they cannot coherently make out President Putin's heart and mind. I habitually tell them, that there's no big problem to that: As in any good Russian, there is zero aggressiveness, a deep-rooted longing for good relations and mutual respect and understanding, AND, that's new, a 100% resolve to not give up even another inch in the proven US-led aggression against Russia or Russians.

"We westerners try to win a few inches more, crossing clear Ukrainian deadlines, bringing forces directly to Russian borders, installing the unwise and unhelpful missile shield with stupid rationale, which at best make Putin laugh - well, that will meet stiff Russian resistance. Resistance, NOT aggression. Germans not understanding the deep-rooted Russian desire for re-unification with Crimea - meet my lack of understanding, given the incredible history of Russian openness and support for German re-unification and the unprecedented fact, that the president of a very powerful global player visits his former enemy, who has lost two wars in a row - and asks for friendship! Unprecedented in mankind's history this is! And ignorant as well as arrogant any German not to notice and not to heed these facts. Not to talk about thankfulness at this special moment in history..."

"Yatsenuyk needs every possible aid from Merkel, and what does Merkel need from Yatsenyuk?"

"Merkel is desperately in need of an end to bizarre stories of utter corruption, money slandering and high treason from Kiev. Merkel would be too glad, Kiev would kindly stop killing its own Ukrainian fellow citizens, bombing hospitals, schools and bus stops, because these events, this constant trickle of bad news from Kiev render her position both in Germany and towards Washington more and more awkward. Merkel finally would be overcome with joy, should Kiev stop to finger her NATO and EU positions and policies by pushing against Germany in all meetings behind closed doors. Yatsenyuk's Konrad Adenauer Foundation speech and the ensuing discussion will teach him a lesson - that is what Merkel hopes at least. But it may also make clear, that younger forces and those from other parties are more eager than she is to give up vital German and European interests in exchange for the usual career prospects offered by the "Transatlantic Bridge" colonial system in charge here. It may not look so at present, but Merkel's governing style of "show host" instead of leader offers lots of risks. This is not reduced by her policy of pushing proxies into all kinds of positions - Pofalla for the "Petersburg Dialogue" being just a recent highlight of very shadowy substance."