Russia wants Germany to pay trillions for attacking USSR in 1941

In one week, the State Duma of the Russian Federation has put forward two anti-German statements at once - about the annexation of the GDR by the Federal Republic of Germany and about receiving reparations from Germany. Such initiatives do not appear out of thin air: German Chancellor Angela Merkel does not behave as befits the leader of the largest European country. She does not seem to be able to understand what Russia is telling her. 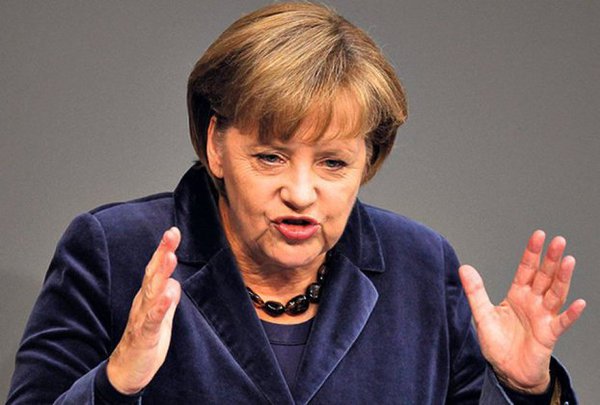 On Monday, the LDPR faction in the Russian parliament put forward an initiative to seek reparations from Germany for attacking the USSR in 1941. "In fact, Germany has not paid any reparations to the Soviet Union for destructions and atrocities committed during the Great Patriotic War. There was an agreement concluded with the GDR after the war to cease levying reparations from Germany. There were no such agreements concluded with the FRG, let alone the united Germany, and, therefore, the question remains open," MP with the Liberal Democratic Party of Russia, Mikhail Degtyarev said. According to him, the amount of reparations in current prices should total at least three or four trillion euros that Germany should pay to Russia, the USSR's successor. The MP recalled that Germany compensated even the countries that had not participated in World War II. Israel, for example, within the framework of Compensation for National Socialist injustice received more than 60 billion euros from Germany, the MP said.

"The claims are fair enough," a member of the United Russia faction in the Russian State Duma, Timur Akulov, a member of the defense committee, told Pravda.Ru. In his opinion, Germany should pay even for the withdrawal of Soviet troops from Germany after the signing of the German reunification agreement. "We left so much property there and so many buildings when the Soviet troops were withdrawn from the GDR. Germany has not paid anything for that either. The officers who returned here, became homeless. It is up for the Ministry of Defense to calculate the losses," the MP said.

However, Deputy Dean of the Faculty of World Economics and Politics at the Higher School of Economics, Andrei Suzdaltsev, told Pravda. Ru that such claims are emotional and not justified. "There is a decision from the Potsdam Conference, where all these issues were resolved." According to the expert, the Soviet Union ceased to receive reparations from the eastern zone of occupation, after a friendly state, the German Democratic Republic, appeared. "In the end, our reparations were miserable. But the train, as they say, is already gone, and it is no longer possible to revisit the situation."

The experts agreed that Russia's second mistake was the withdrawal of troops from Germany without compensations for the losses of property. Russia can not do anything about it either, the expert told Pravda.Ru. Revising the results of the Potsdam Conference is a hopeless endeavor, because the Baltic states would shower Russia with their lawsuits. "They announced that they would seek compensations from Russia for their occupation by the Soviet Union. Poland would then join in because we liberated Western Ukraine and Belarus in 1939. The dispute with Japan over the Kuril Islands would worsen too. This is a counterproductive proposal," Andrei Suzdaltsev concluded.

However, why has the topic of reparations emerged only now? "The initiative is a direct response to the sanctions imposed by the EU and the United States," - German website Focus.de said. Yet, there is a moral aspect to the problem. Immediately after World War II, the Germans, whom the Soviet Army freed from fascists, started receiving trains of grain from the USSR. This was happening at the time, when citizens of the Soviet Union had to live on special food tickets. In addition, it was an initiative of Soviet leader Mikhail Gorbachev that led to the reunification of Germany in 1989. Angela Merkel can shed tears over the Holocaust and Jews, but she does not seem to be bothered at all as far as the Russians are concerned. No remorse whatsoever.

Merkel refuses to listen to Putin

As a result, the Russian Parliament, upon the proposal from the Communist Party, discusses a resolution on the annexation of the GDR by the Federal Republic of Germany. Indeed, in the GDR, there was no referendum conducted about the accession to West Germany, German website Alles Schall und Rauch wrote. This decision was made by the GDR parliament, whose members were promised seats in the new joint government. The idea of the so-called "peaceful reunification" was promoted and financed by Western industrialists, who were seeking market expansion and economic growth. Moreover, no one asked the Germans whether they wanted to join NATO, the EU or the euro zone. Was it annexation that Brussels schemed? According to the article published on Alles Schall und Rauch, the initiative from the State Duma came as revenge for the condemnation of the "annexation" of the Crimea. This revenge from Russia has a grain of truth in it, the German publication said.

The truth lies in the fact that a sovereign country (GDR) was annexed to another, not quite an independent country from the legal point of view - the FRG - without any referendum. The USSR, the UK, the USA and France - the countries, members of the victory coalition, admitted that it was possible for the FRG to annex the GDR. In the case of the Crimea, it was only Russia that gave its consent. Does it mean that it was impossible to "annex" the Crimea?

Russian lawmakers have launched an offensive against Angela Merkel due to her inadequate position, as she is the only of post-war German leaders, who is unable to come to an agreement with Russia. For example, she rejected Putin's proposal to regulate the crisis in Ukraine following the example of the "Chechen scenario." Why so? Find a pro-Ukrainian leader, give broad autonomy and funding, and "the process will go." Yet, Merkel can not admit her mistake that she made about Russia's position on Chechnya. Besides, there is no such leader, let alone the funding. Noteworthy, Chechnya's comeback in the matrix of the parent country was the only successful example of reconciliation in the former Soviet Union.

"Angela Merkel turns into a leader endowed with personal phobias, likes and dislikes, which is impermissible for a leader of such an influential state, - Sergey Tsekov, a member of the Federation Council Committee on Foreign Affairs told Pravda. Ru. - She does not see the essence of what Russia is telling her. She remains hostile to all suggestions from the Russian leadership, without even analyzing those proposals."

German Chancellor Merkel said that Germany will not arm Ukraine, but this is not her merit. Germany has no right to be "aggressive". If any country of the former anti-Hitler coalition finds Germany aggressive, Germany, under the UN Charter, may be given the status of a "hostile country" and a controlled territory.