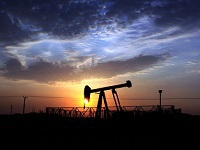 The administration of BP Petroleum Corporation plans to nominate former German Chancellor Gerhard Schroeder to the Board of Directors of Russian oil giant Rosneft. Schroeder currently heads the committee of shareholders at Nord Stream AG.

Prior to that, Schroeder served at the board of directors of TNK-BP, which Rosneft bought totally last year. The Board of Directors of Rosneft will be approved at a meeting of shareholders, which is usually held in June. Managing director of Nord Stream AG Matthias Warnig may keep his place in the body as well.

According to media reports , Schroeder found himself in the Russian oil business on recommendations from the authorities. He was a member of the board of shareholders of TNK-BP and served as counterbalance to the conflict of shareholders.

Gerhard Schroeder served as the Chancellor of Germany from 1998 to 2005. Since 2006, the politician has been working in the oil business, heading the committee of shareholders of Nord Stream AG.