Hillary Clinton works on 'gifts' for Moscow and Beijing

Hillary Clinton, if she takes office as president, will do everything possible to take North Korea out of isolation. She will do it with the help of an agreement that will be similar to the agreement with Iran. Sanctions are also possible, even against Beijing. Will Clinton succeed? Why doesn't Russia have its own plan for such a major issue of global politics? 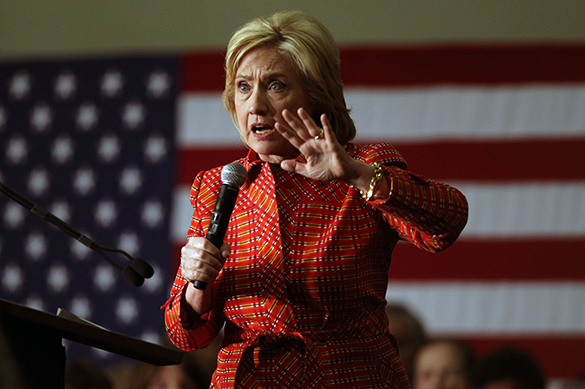 US strategy toward the DPRK

Washington's strategy in relation to North Korea will be identical to the approach of the Obama administration to Tehran, Bloomberg said with a reference to the speech of Jake Sullivan at the Asian Сlub of New York (Sullivan is the head of Clinton's advisory group on foreign policy).

A year ago, it was reported that the charitable fund of the Clintons received 20 million dollars, including from the North Korean government. The list of sponsors of the Clinton Foundation includes such well-known figures as Hollywood stars Morgan Freeman, Steven Spielberg, Microsoft's founder Bill Gates and billionaire George Soros. This suggests that the Clintons prepare for negotiations with North Korea and already receive money from them for something.

It was Jake Sullivan, Bloomberg said, who started secret negotiations with Iran in 2012. The talks eventually led to the agreement on the suspension of the Iranian  nuclear program.

Hillary Clinton will strive for Kim Jong-un's loyal attitude to negotiations by increasing the sanctions pressure, similarly to the technique used for the talks with Iran. The main point of the sanctions regime against Iran was about the disconnection of the Iranian financial system from the SWIFT international payment system. In addition, sanctions affected all those who helped Iran cope with its isolation.

As a result, most businesses, international insurance companies and investors left the country, the national currency collapsed, inflation and unemployment soared, and the Iranian economy plunged into recession. The US achieved all that having declared the Central Bank of Iran an organization that was suspected of money laundering activities. The United States gave itself such powers in accordance with the well-known Patriot Act that was adopted after the attacks of September 11, 2001.

North Korea also remains under the influence of US sanctions. Washington prohibited its citizens and organizations from working with North Korea's foreign economic bank, but the ban does not affect third countries yet. However, judging by the statements from the Clinton adviser, foreign companies, banks and individuals with ties to North Korea, may lose access to the US market, financial system, and counterparties.

Unlike Iran, North Korea has a powerful patron - China. China exports many products to North Korea, accounting for more than 70 percent of the entire foreign trade of the DPRK. In this regard, the efficiency of Washington's economic penalties largely depends on the position of the Chinese administration.

According to Sullivan, China will become a part of the strategy to increase the pressure on North Korea. He did not say that Clinton would use sanctions to put pressure on China to make Beijing put pressure on Pyongyang. At the same time, Sullivan said that the Obama administration signed a decree about the use of sanctions against the countries that cooperate with North Korea, Bloomberg said.

This law is known as the law about "secondary sanctions" that Congress accepted for approval. It will allow sanctions against any person who helps North Korea in the field of nuclear safety, trade, or human rights violations. This question will undoubtedly be most important for discussion at the first summit between the new US president and Xi Jinping, said Sullivan.

"China provides major economic assistance to North Korea," Andrey Ostrovsky, deputy director of the Institute for Far Eastern Studies told Pravda.Ru. According to the expert, the North Korean leadership may at times run the policy without coordinating its with China. Yet, China does not usually dumps allies, nor will it take tough economic measures against the DPRK. Even if Washington imposes sanctions, Xi Jinping will continue helping the DPRK, and Washington may not even find out anything about it."

Does Russia have a plan for North Korea?

Why doesn't Russia put forward any suggestions regarding the nuclear program and isolation of North Korea? According to Andrei Ostrovsky, Russia does not have any special plans for the DPRK.

"Kim Jong Il would often visit Russia, he would come by his armored train. The North Koreans still buy timber from Russia, there are even special settlements, where they live. The trade and economic relations are still preserved, but Russia's relations with Pyongyang are quite complex, because Russia joins all sanctions against North Korea," the expert told Pravda.Ru.

"I do not see any reason why we should break off all contacts with North Korea. Russia had large economic projects, such as the Trans-Korean railway, Trans-Korean gas pipeline and so on. They are not merely joint projects with North Korea, they are inter-Korean projects which should contribute to the unification of the two Koreas. To implement these projects, one needs to have a strong economy. The Russian economy is too weak to work in Korea contrary to US sanctions," said Andrei Ostrovsky.