Iran: most developed country in Muslim world thanks to Western sanctions

How does the Iranian economy feel after 40 years of the economic blockade? How can Russia and Iran develop cooperation in the future? Pravda.Ru conducted an interview on the subject with Rosnano investment director, Vadim Veschezerov. 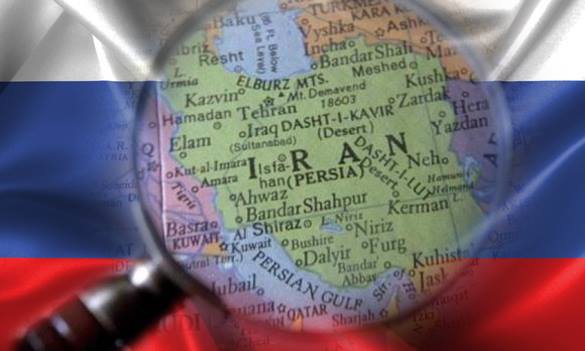 "A lot has been said recently about the Russian-Iranian cooperation in the field of high technologies. Can Russia and Iran cooperate in the high-tech industry instead of oil and fruit?"

"In my view, this is exactly where we can work together most effectively. Russia and Iran are competitors when it comes to oil. Fruit is growing in many other countries of the world, not just in Iran. Iran is an interesting country, because this is the only highly developed, high-tech country of the Islamic world. In all other countries of the Islamic world, even if they have ultramodern industry, they have achieved it with someone else's help. Iran has achieved everything alone. In some areas, Iran is a big player. Iran has a very good chemical industry and the world's only independent pharmaceutical industry.

Also read: Who is stronger: Iran or the West?

"I'm not talking about the nuclear program of Iran. Unlike Pakistan and other countries, Iran had no opportunity to borrow - the country was doing everything alone."

"Has Russia lost the moment for developing cooperation with Iran? We had a unique opportunity, when Iran was living in a blockade, but now there are plenty of Americans and Europeans there.

"We have two or three years. I am personally studying the events that are now happening in the country. Unfortunately, we have very few people in Russia, who realize the peculiarities and structure of Iran, or how to build relationships with the Iranian side.

"Technically, we must explore every area where we can cooperate. In almost 40 years of blockade, the Iranians have learned to do many things and they have reached great progress, but, of course, they can not do everything. For example, their electronics is a very weak point. They are interested in chemistry, mathematics and computer science.

Not that long ago, the secretary of the Supreme Coordination Council of Free and Special Economic Zones of Iran, Akbar Torkan, named five main branches of classical economics that in his view are interesting for foreigners. They are petrochemical, automotive, power generation, steel and cement industries.

"Any industry needs high technologies. In Iran, there is a very strong group of companies working in the field of nanotechnology - this is a priority direction for them. This area is entrusted to the Iranian Council for the development of nanotechnologies.

"We must not forget that the country has been living under the conditions of economic blockade for 40 years. They have learned not only to survive, but to develop independently. As they say: "Thank you, America. You've turned us from consumers to entrepreneurs."

"In what areas does Rosnano intend to cooperate with Iran?"

"We are most attracted to pharmaceuticals. We have something that interests the Iranian side - drugs and medical devices. In Iran, there are very interesting medical devices and medications that can be potential on the international market. In India, the pharmaceutical industry is completely built on copying others, and the Iranians have their own their developments.

Also read: US tries to protect Cuba and Iran from Russian influence

"They have a very unique system to encourage scientists and engineers to go into business. For example, if you offer a startup in the high-tech industry, the state can pay a share in the company for you. In three or four years, if you fulfill the agreement with the state, if you create a product, a medication or something else, the state will sell you this share for one real.

"Now that the sanctions are being removed, Russian energy companies have many opportunities in Iran. The USSR had built most of the Iranian energy industry - and they remember that."