How can Russia and China solve the problem of the Korean Peninsula? What danger does the North Korean nuclear program have for Moscow and Beijing? How does Russian-Chinese political and economic cooperation develop? Pravda.Ru political columnist tries to answer these questions. 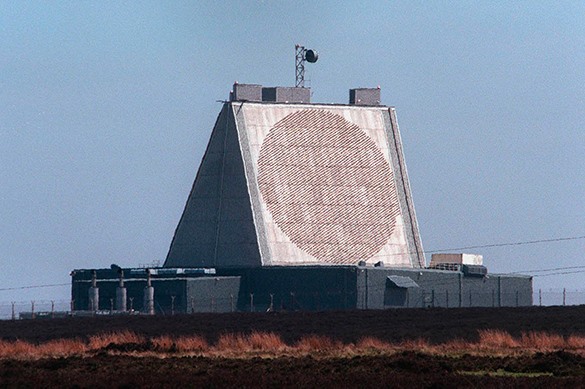 Malcontents and opposition activists have the fondness of saying that Russia has been living in international opposition for the last couple of years. They also like telling funny stories of how no one wants to communicate and cooperate with Russia. Some of them may sound convincing, and other people may even believe them. As a matter of fact, all of such stories are not true to fact. Russia's current reputation and authority in the world today is higher than ever before. The official visit of Chinese Foreign Minister Wang Yi to Russia is indicative at this point.

Although Wang Yi has consistently emphasized that his visit to Russia is associated with the 15th anniversary of the signing of the Treaty of Friendship, Cooperation and Good Neighbourly Relations between Russia and China, the visit of the high-ranking Chinese official was certainly an expression of support for Russia. In China, the "official" concept is much more serious than in Russia. An official visit of the Chinese Minister for Foreign Affairs comes as a political declaration that shows the position of China to the rest of the world.

Wang Yi is certain that the development of Russian-Chinese relations has favorable prospects. Firstly, China is confident in Russia's development. The world economy, including Russia, currently comes across different challenges. Russia, Wang Yi said, is a great country with enormous spiritual wealth, and the Russian people have all conditions to overcome temporary difficulties. Second, China is fully confident in the prospects for the development of comprehensive relations with Russia.

Third, China is fully confident in the prospects of Russian-Chinese economic cooperation, as the economies of Russia and China complement each other. Although Wang Yi spoke bitterly about the decline in the turnover between Russia and China last year, he admitted that the reduction was  due to the fall in energy prices, while oil and gas exports to China increased by one-third.

Exports of Russian machinery and technical products to China increased by 38 percent. In Russia, many believe that the country depends on oil entirely. Yet, the growth in exports of technical goods to China speaks for itself.

China is convinced in the conjugation of the economic area of the Silk Road and the Eurasian Economic Union. Critics say China is building the Silk Road bypassing Russia. However, according to the Chinese Foreign Minister, the Silk Road will inevitably pass through the territory of Russia.

Wang Yi met with Vladimir Putin. It was said after the meeting that the Russian president would go to China in the middle of the year to meet his Chinese counterpart Xi Jinping.

The situation on the Korean Peninsula

During the talks with Russian Foreign Minister Sergei Lavrov, the official paid special attention to the situation on the Korean Peninsula, non-proliferation and non-recognition of the problems associated with "nuclear ambitions" of Pyongyang, as Lavrov put it.

Noteworthy, Vladimir Putin wrote in his election article "Russia and the Changing World" that the fate of Libyan leader Muammar Gaddafi proved that NATO would not stop at anything to destroy its enemy if this enemy had no nuclear weapon. Yet, if you have a nuclear bomb, NATO will not even dare to attack you, Putin wrote in the article.

Russia and China favor the measures that would prevent the development of North Korea's missile and nuclear programs without escalating tensions. Russia and China advocate a diplomatic solution to the conflict that would exclude the need to deploy more and more arms in the region. This is where the root of the problem is.

Beijing understands the growing tensions between the US, its allies and China. Lavrov said at a press conference that sanctions should be only multilateral and justified by the UN Security Council, as any unilateral sanctions are not constructive.

Wang Yi said that the sanctions taken by the Security Council are  the only legitimate instrument of coercion in terms of contemporary international law. When Western countries complement international sanctions with their own restrictive measures, it undermines six-party talks prospects. The only way to solve the North Korean nuclear program is to resume negotiations.