Amnesty of capitals for individuals is to be completed by the summer of the current year in Russia. There will be no extension for the program, as only 200 applications have been submitted during the first six months. Banks will be obliged to monitor the origin and movement of assets, but Russia should move further and adopt a law that would be similar to the US PATRIOT Act. 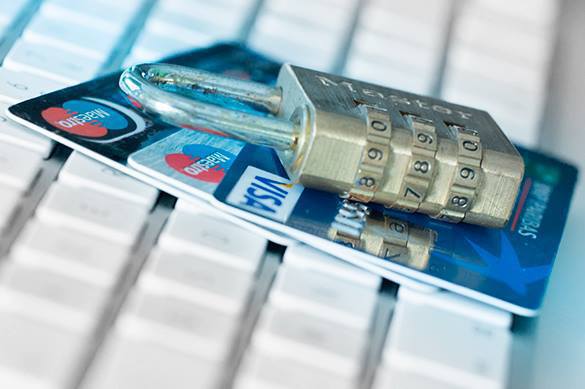 Amnesty of capital (Federal Law "About voluntary declaration of assets and accounts (deposits) in banks by natural persons) suggested individuals should declare their illegally obtained or derived from taxation property, including cash deposits.

As we can see, only 200 people submitted applications. Therefore, starting from July 1, 2016, banks will be obliged to show interest in the origin of funds on deposits (Russian banks already do it, albeit at their own discretion).

If a retired person receives a transfer of one million rubles, a bank will ask this person about the origin of the transfer and its taxation. In the EU, such questions appear for 10,000-euro transfers and above. In Russia, it will be up to the Central Bank to establish the criterion.

Clients of Russia's largest state-owned bank, Sberbank, are supposed to provide a report about the origin of their money if it goes about an amount of 1.5 million rubles and higher.

Some experts say that the law will affect entrepreneurs, who will have to leave Russia. However, instead of making taxes for the Russian economy, they take their capitals out to offshore companies and launder them in domestic financial institutions. They do not trust the state, nor do they use the capital amnesty law.

If they leave, other entrepreneurs will come to take their place to work in the legal field.

Those opposed to the strengthening of the fiscal regime believe that entrepreneurs should take effort to protect themselves from the arbitrariness of law enforcement bodies. Allegedly, the latter will gain access to bank secrecy in violation of human rights, democratic norms and so on.

Russia must urgently take the law that would be similar to the USA's PATRIOT Act. The threat of terrorism grows not only in the Caucasus, or in the south of the country, but everywhere around Russia - in connection with the crisis in Ukraine and the refugee crisis in Europe.

The PATRIOT Act was passed in the United States after the 9/11 attacks. The act expresses America's unity September 11, 2001 and was passed to unite and strengthen America by Providing Appropriate Tools Required to Intercept and Obstruct Terrorism.

The law proposed by the Ministry of Justice stipulates access (without a court order) to bank data for the Central Intelligence Agency (CIA), federal prosecutors and the Federal Bureau of Investigation (FBI) "to identify and disable terrorist networks (both in the United States and abroad). It turned out that the terrorists, who blew up the twin towers, opened bank accounts in the USA to finance their activities.

The PATRIOT Act made banks responsible for opening accounts and giving loans. A banker may treat you suspiciously, if you bring a lot of cash. US banks will check your fundamental data, verify the nature of your business and your specific role in the organization. How do you usually make your money? How did you receive the money that you have to open an account? How will you use the money, if you apply for a loan? These are common questions that bank clients have to answer in the United States nowadays.

US banks keep all information about transaction for five years after its completion.  A bank may freeze your account without telling the reason and write a report to appropriate authorities without informing you of that.

"Russia has joined all international treaties that open access to deposits of Russian citizens abroad. Now is the turn for the domestic market of deposits and loans. Developing appropriate regulations will take up to a year," Associate Professor at the Russian Presidential Academy of National Economy and Public Administration, Sergey Khestanov told Pravda.Ru.

If dissatisfied clients are unable to prove the nature of their own money, they either make a lot of money or have problems with the payment of taxes, concluded Sergey Khestanov.