Europe transforms into Eurabia against its own will

The European Union has recently expanded economic sanctions against Russia for another six months. The decision was made contrary to the will of several EU members, who do not want to continue the policy of sanctions. Meanwhile, Europe is still trying to deal with the influx of refugees, facing internal political contradictions that surface as a result of elections in France and Spain. Pravda.Ru conducted an interview with Fabrizio Bertot, a well-known Italian politician, former Member of the European Parliament, to talk about the current state of affairs in Europe. 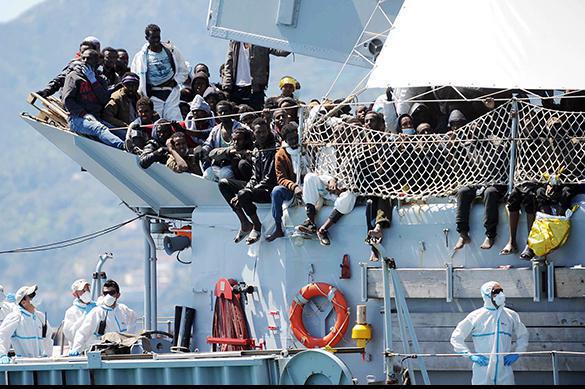 "Italian Prime Minister Matteo Renzi called political debates regarding the sanctions extension against Russia. All the same, EU countries extended the sanctions and keep taking decisions unanimously. However, the inner contradictions show that it doesn't come easy. What do these main contradictions consist in?"

"These are important contradictions. Our first minister tried to introduce debate inside the EU. But as it often happens, there were debates. They all agreed about the prolongation of the sanctions for another six months. And the contradiction is that this kind of sanctions is completely against the interests of Italy, Spain, Greece, Germany. All the single states of the EU have to suffer a lot of damage, but the Institution solves the problem in a way, that is against the interests of the EU members, this is the biggest contradiction."

"The UN Security Council unanimously adopted resolution on the political solution of the conflict in Syria. A compromise was reached. Which compromise can be found on Ukraine?"

"First of all, we have to consider that this compromise on Syria is a long story. It's just the beginning, because there are a lot of interests against the Assad government. And we all know that the US has only the intention to remove Assad. Probably this is more important than to remove ISIS from Syria. So, I think that this kind of resolution may be just a beginning. In any way, it's good that they start to talk about it. It is better to have something to talk about, than to have nothing to discuss. So, it's a good way they've introduced.

"Anyway, in Ukraine the problem is completely different because there is not a common interest in a resolution. We all know that there was an agreement in Minsk, and at the moment Ukraine is not respecting that agreement because it consists of a sort of renovation of the Constitution Law. They have to make some reforms and they are not doing it. So the Minsk agreement is not respected by the Ukrainian government. But nobody talks about it. Maybe because there are a lot of interests, especially from the US. The real Europe is not really unified. And when I talk of real Europe, I'm not talking about the EU, but of the geographical union from the Atlantic Ocean to the Mountains of Ural. This is the real Europe."

"The Minsk Protocol is not being implemented and hardly will be, as they say in Russia, because Ukraine is under the US control. Do they realize it in Europe?"

"No, this is the problem. Of course, I know that they are under the control, but it's official because the Ukrainian Minister of Economy was a US citizen, he became a Ukrainian the day before he became a minister. So it is obvious that they are under the control. But in Italy, in the EU, they are not really conscious about what is happening. I was in Donbass, I saw many things, but not so many politicians are really conscious about the real situation. This is completely not acceptable because we know that people who are of the same religion, same country, are killing each other. This is not acceptable from a Christian point of view. The only solution is to find a sort of federation of single states, especially for the Eastern region of Donbass, Luhansk. But we know this is a job of international institutions."

"Do they realize in Europe that the US suppresses them, as a center of development? Can we look for friendship against the US?"

"I don't think it's a good idea to start having relations of friendship against someone. It's not a good way to start, especially in politics. Of course, there is a long historical relation between Italy, the EU, and the US. At the moment, this relationship is not completely in the interests of Europe, but it's more in the interests of the USA. Maybe you don't know, we are close to sign a treatment of free of change between the US and the EU. This compromise is not in the interest of our market, because we'll develop exports from the US to the EU, not vice versa. We know that our products 'made in Italy' are very well reputed in the US, in Russia too, and after this agreement we'll have to use rubbish products, especially those agricultural, but not natural agricultural food - this is just a way to introduce this kind of products in our market. So we have to discuss it and we have to change completely our interests and commercial policies abroad. We have to look with more interest into relations with Russia, because the economy of Russia is perfectly complementary to our economy. The Russians have a big market and large oils and gas reserves. In Italy, we know how to make many products, we all know that 'made in Italy' label is respected, and so we need a market like you have. And at the same time we need energy, because our energy is not sufficient. This complementarity has to be given an incentive. Sadly, this is not in the interest of the US. So we have to discuss inside the EU and maybe we need to change the organization completely and the institution inside the EU."

"Will the flow of refugees into Europe decrease? How can this problem be solved?"

"The cause of the problem was the Arabic Spring. This is the result of it, because we had a different situation in Libya and Tunisia. We all know that all of North Africa was under the control of maybe not so democratic government, we all know Gaddafi and Ben Ali. They were controlling the situation. Now we have terrorism. People do not live well, and the result is thousands of refugees from North Africa, Arabia, Syria into Europe. The problem is that the EU is not a unitarian state. So the problem is that foreign affairs politicians are not delegated to the EU. So when we decide something about foreign affairs, it's not something like well, if the EU decides, all states agree with it, because there is no delegation, so each single state can do what it wants. And the problem is that the Mediterranean Sea is considered by the EU as an Italian border, not that of the EU. And especially for Italy, Greece, Spain, it's a very important problem. And probably this is not casual. There should be an interest to create problems inside the EU. In a few years, each state will realize that the EU is not the core instrument to defend ourselves in such situations."

"Parliamentary elections were held in Spain this weekend, where Podemos became the third force of the country, having yielded a little bit to the socialists. Is Spain going to break-up or consolidate for new ideas?"

"This is a good question. We had a similar result two weeks ago in France at regional elections. The National Front, a completely eurosceptic party, became the first one. But what was the result? The socialist and the popular party arranged a coalition and they did not allow the National Front to come first. In Spain, something like that will happen too. The political competition is not about the competition between the left and the right, not between socialism and liberalism - this kind of competition is finished. As we see in Italy, Germany, next time in France at the regional elections, the two most important parties, the liberal party, the popular party, centre-right, centre-left, all the same, they are always in the same majority, they are in the government, also in the EU Parliament - the socialists and popular are not fighting themselves. They are always in the majority because they are to decide how to divide the quotas and so on. The competition is about the struggle between system and anti-system. The competition is nationalism and mondialism. Competition is, from a foreign point of view, probably Eurasian or Eurabian. In Spain, we may see a new coalition between People's Party and Socialists because they are a pro-system coalition. Podemos may unite with another party - maybe they would be together, so, inside EU states, one needs to change the composition of single parties. Maybe they will split before they reunite with other organizations to create a different coalition, and the model will be Eurasia against Eurabia."