Europe drowning in sea of refugees

The number of refugees in Europe has been growing steadily. In the latest report from the United Nations, EU countries have accepted a million migrants during the recent eleven months. A half of refugees are illegals. 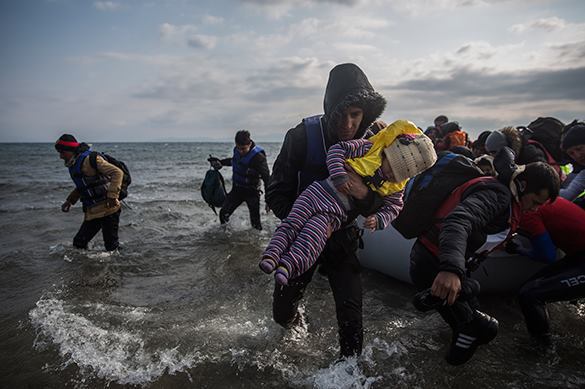 According to the UN High Commissioner for Refugees Antonio Guterres, the majority of immigrants from Syria, Libya and other Middle Eastern countries where conflicts and wars take place, have only secondary education.

Many of those people were not given permission to work in their home countries. Most likely, one million refugees will not be able to succeed in Europe, TASS reports. Many of them realize their hopeless situation that may at times push them to committing wrongful acts in new places of their residence.

Germany has accepted a half of the total number of refugees from the Middle East. As a result, the number of crimes, including rape, has grown dramatically in the country.