Perfect Russia for the West: Kneeled and in tatters

Western media continue their anti-Russian frenzy. Articles that appear on the pages of Western newspapers and magazines may have insane headlines and content. Some of them say that Russia is begging the West to be integrated into international community. As for the economic part, forecasts from foreign journalists are even more depressing. According to them, Russia's operation in Syria consumes the last vestiges of the Russian budget. 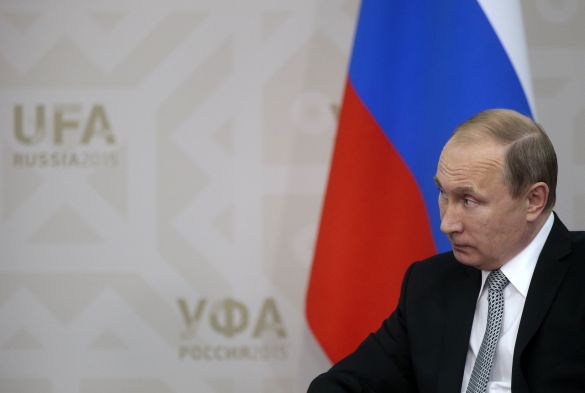 Western media about the Russian economy

All this nonsense goes straight from newspaper and website pages into the minds of Western people. Not that long ago, the Daily Telegraph seriously stated that the Russian economy was running out of finance. To substantiate its point of view, the publication resorted to the data from   "independent rating agencies" that constantly downgrade Russia's sovereign rating.

This year, though, Russia has made all of its public debt payments on time. The inflation rate has been reduced, the spending of the Reserve Fund and the national currency has been stabilized. In addition, investment from the financial center of Europe - Luxembourg - and key player in the oil market - Saudi Arabia - has been increased.

In October, Russia launched eleven new large-scale productions totaling over 500 million rubles each. Since the beginning of this year, as many as 206 large factories have been launched, including the ones with the participation of foreign capital that is supposedly flowing out of Russia in a scale that makes one wonder how it has not flown out completely yet.

According to the Wall Street Journal, the state of affairs in Russia makes President Putin look for ways to find support in the West. The author refers to Putin's remarks at the G20 summit, when he said that it was time to change the relations between Russia and the West, if Western partners think so.

The US administration is ready to team up with Russia on Syria and many other things, if Russia forgets about Assad, returns the Crimea to Ukraine and abides by Minks Accords. Reminding Russia of the content of Minsk Accords is utterly disrespectful towards the partner, who has done a lot not to let the war in Ukraine spread to Europe. As Russian FM Lavrov said, political reforms come first and restoration of border control comes second - not vice versa.

The widely accepted myth about weak Russia brings up appropriate attitude - one may lie, put pressure and so on. This is a very convenient myth indeed, but it has nothing to do with reality. It is foolish to think that Russia will joint the Western "open coalition", as former commander of NATO in Europe, James Stavridis, suggested in an article for Foreign Policy.

The operation in Syria should be coordinated with the UN Security Council, as required by international law, but NATO may retain the right to act without such permission, the former commander wrote. Well, the US general can only get used to the idea that Russia is acting in Syria legitimately. Moreover, Bashar Assad will stay in power and will take part in upcoming elections.

Putin's proposals to the West do not demonstrate flattery or ambition. First off, Vladimir Putin is a statesman. Secondly, he is a believer. Therefore, on the domestic level, he remains united with "partners", and on the external level, he educates them.

There is one goal: to preserve the civilization, in which the Russians will feel absolutely insured and protected against the destruction of their state.