Why are Russia and the USA enemies?

What is the basis for the current conflict on the world political arena? Is the US still a strong international player, or is the US empire declining? Why are Russia and the USA enemies? Pravda.Ru conducted an interview with Ukrainian political analyst Yuri Gorodnenko to discuss this and other issues. 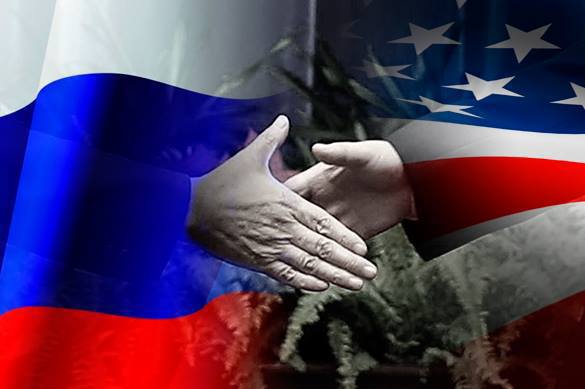 "The notion of "national elite" is becoming a blurred concept due to the uncontrolled movement of capital, freedom of movement, and many others issues. Do you think that there should be a politician, who directs the "national elite" to defend interests of the country?"

"Of course. Ukraine is falling apart because of the society of super consumption that has been created in the country during the recent decades. In today's Ukraine, all want to get something from someone else. At first, they wanted to get something from Russia, now it is the USA and the EU. At the same time, they do not want to do anything for it in Ukraine. Ukraine believes in a magic wand.

"Today, however, this is a common trend in many countries of the world. I think that the ruling American and British financial clans are shocked with what they have created. They do not know what to do with this world now. They have taught people to consume, but not to produce. This is the main problem.

"The biggest mistake of the United States is the fact that they want to impose the model of consumption society to the rest of the world. Today, America is walking the Bolshevik path. The US elite want to make money. In order to make big money, they do not need to launch a global war - because they will lose all their sales market. This explains the attitude of the US elite to Russia. The Americans want to destroy and strangle Russia, but they realize that they should not do it, because America needs Russia's resources and sales market.

"The Americans have created a model that allows them to buy and control virtually the entire world. It was enough for them to bribe a few Iraqi ministers, and the US Army entered Baghdad nearly almost without bloodshed.

"Do you believe that there are not such people around President Putin? A part of the Russian elite is always ready to sell their country. The elite that appeared in Russia during Yeltsin's time has not changed. Therefore, there is still a possibility to destroy Russia.

"After all, no one thought back during the times of the Soviet Union that it was actually possible to break up the country. Yet, the Americans do not want to destroy Russia."

"What about the idea to create several enclaves in Russia?"

"There is such an idea in America, yes. I have met with with Dick Cheney, and he spoke openly about Russia's natural resources that were disproportionate to the size of its population. The Americans do not conceal the fact that Russia must share with them.

"In a recent interview, Henry Kissinger spoke very positively about Russia, and Kissinger is one of those people who does not waste words. He said that the USA should pedal back on its relations with Russia. This is a point of view of the American oligarchy.

"The American oligarchy has created their own model of the world, in which they control the European Union, Latin America, Africa, Australia, Japan. Now they need Russia."

"It's not that simple. I would disagree with you. I think you're translating the picture from 15-20 years ago, when the Americans were controlling the whole world indeed. Now the situation has changed. During the 1980s, the USA's GDP accounted for 80 percent of the world, now it goes about only 20 percent. China has developed greatly, and the USA can hardly destroy such countries as Brazil and Argentina. Russia can stand up against the US as well. Look at Russia's stance on the Crimea."

"True, but there is no elite in the world that thinks about their own countries. If they do, they do it from the position of their own personal interests. In addition, the current world economic model was created by the oligarchs who link their interests with the United States temporarily. If it is better for them to work in China, they will move their capitals to China quickly. They are interested in the United States only because the States act as their "pocket gendarme."

"What about the Islamic State? It has appeared like jack-in-the-box, and no one knows what to do with it and how to control it."

"After Snowden and WikiLeaks, one can say with confidence that it is possible to control everything. It's all the matter of money. As for the Islamic State, this is a continuous massacre that was initially organized by the United States. Yet, at some point, the USA stepped aside from that. A French journalist has recently written a report, in which it was said that the Americans make money even from transporting refugees to the EU."

"Still, your theory about the Americans doesn't work in reality."

"There is such a thing as the "human factor". Take Barack Obama. Everyone thought that he would be obedient, but he has created many problems in Ukraine and in other parts of the world. The original scenario was different. They were ok with Yanukovych as he was taking the country to the EU. They failed, as they did in the Middle East."

"Your theory about the constant pressure of one force on the world seems unviable. To every force, there is counterforce. All opposites tend to fight each other, but can exist only through their unity. Without this unity, a civilization can not exist."

"I think you're trying to look at the world from the point of view of there is black and there should be white. In real life, things work differently. Today, Russia is standing up against the US just because this is the crisis of their geopolitical interests, while the two countries are living on the same economic principle, the basis of which is capitalism.