This is it. We have entered a new stage of the Cold War with the United States. This can be seen in remarks expressed by leading American politicians, political scientists and numerous articles. Russian officials still prefer to use more abstract expressions and definitions. The Russian cult of hunger for justice still tries to prove something in the debate about what is happening in Ukraine. 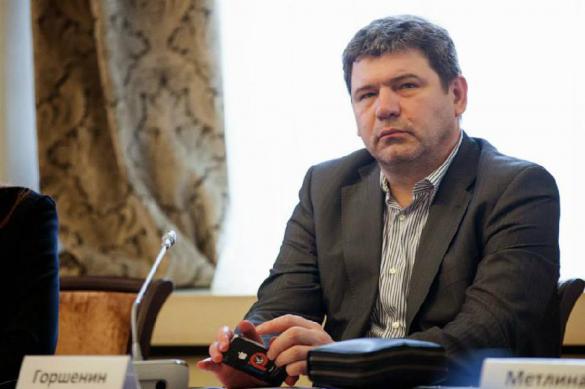 Obviously, the new cold war has started again because of Russia's belief in the power of a simple handshake. If leaders shake hands, it means that we do not have "black thoughts," nor do we prepare any treacherous attacks on opposite number.

This is what we, the Russians, thought. They were shaking our hand as the hand of an opponent that was defeated in the previous cold war. Smiling their dazzling Hollywood smiles, American leaders were moving their military-political bloc eastwards, closer to Russia's borders.

We were wondering: Russia and America were friends, damn it, we shared common democratic values​​. Vladimir Putin once suggested Russia should join NATO. In return, Russia could only see American smiles against the background of ideological and military offensive, as the Americans were deploying more and more of their military bases closer and closer to our borders.

Now, in hindsight, we understand that there was one goal: Russian energy resources (how primitive, some will say). Yet, energy resources - oil, coal, gas - stand above all for those who thought of themselves as masters of the world after the collapse of the bipolar system. Russia, from their point of view, is just a big fat land of cash that has to be appropriated.

If the current Ukrainian authorities think of themselves as masters of the universe,   they are sadly mistaken. Their country, and all events that are now happening there, serves as a bargaining chip in the global game for Russian resources. There is shale gas in Ukraine too. In the area of Luhansk and Donetsk, Washington does not bother to think of civilians, because all those people will die anyway, when the extraction of shale gas begins.

As for the new stage of the war between Russia and the USA - the war has been going on for all these years. Last century, Russia offered quite a correct approach to the issue of mutually beneficial cooperation: Russia cuts prices on energy carriers, and the West gives Russia technology. America showed Russia the finger. America was attracting Russian scientists, declining technologies. Noteworthy, the USA has only 30 percent of scientists, who received education in the USA.

I've been asking myself: were we stupid all this time? And the answer is - no, of course not. We were trying to proceed from what was hammered into our heads during the perestroika period. We were proceeding from academician Sakharov's ideas  of the unified world that would be so much better than the world divided into blocs.  American politicians were proceeding from different things. Remember the remarks from, Hillary, I think, who will always be referred to as anti-Monica, who said that Siberia should by rights belong to the world (i.e. to America).

That is, Russia was always seen as a victim that should be snatched up and torn apart. Vladimir Putin, as a pragmatist, was doing one very important thing. He was trying, even at the cost of losses, to build the country into the structure of world economy. One can see from Moscow's very restrained sanctions against the West  that he managed to make Europe react sharply to Russia's dissatisfaction. Russia can impose other sectoral sanctions on the West. Needless to say that the field of energy is the main trump card, but there are lots of other sanctions that Russia can use.

This is where we begin to understand the true meaning of president's actions that were seen as his deviation from short-term interests of Russian business. Today, announcing retaliatory sanctions on certain sectors of economy, Russia is striking a sensitive blow on the political supremacy of the United States in Europe.

The USA declared a new Cold War on Russia. Fine. Russia has not started this war yet, in America's vulnerable field.

We still have not used so-called Helsinki groups. Hello, Ms. Lyudmila Alekseeva? If you continue to remain silent on what has been happening in Ferguson, all Russians will think of you as a vulgar hireling of the US State Department! All your excuses that you think only of Russia sound very cheap, because human rights have no national boundaries.

We have not used the funding for the activity of Rossotrudnichestvo (Russian Cooperation), which still believes that it is vitally important to hold concerts, distribute booklets about Russia and tell stories about the studies of the Russian language. Mr. Konstantin Kosachev, Russia needs the rest of the world to understand her logic. We need others to understand that the lives of the people of western Donbass are Russian lives, which the Kiev government is exterminating today under the patronage of Western instructors.

Russian unions of journalists said nothing about the abuse of freedom of speech in Ferguson, nor did they comment the fact that Obama had done nothing to prevent  the execution of James Foley. Colleagues, not that long ago you were so outraged about the detentions of political activists on Moscow's Triumfalnaya Square.

Washington officials, declaring the new cold war on Russia, do not realize that we have been studying their logic for a quarter of a century, and we can work in synch with the State Department now. In Russia, there are many specialists, who understand the logic of the United States.

This week, I returned from holidays in Bulgaria, where the political leadership is ready to obey European commissioners in everything, and ordinary people begin to learn the Russian language. They do it themselves, not at schools.

Washington officials can dictate anything to the elites that they bought. Yet, we all know: elite is one thing, and people is a completely different thing. When the views of elite come into sharp confrontation with the views of people, then people overthrow elites.

"The king is naked!" - many will shout this in different parts of the world as a result of America's new Cold War on Russia. Washington does not understand that here lies the end of its power.