Finland to deport elderly, demented Russian lady to separate her from daughter

The Finnish authorities have once again used the topic of family relationships as a reason to expel Russian citizens from the country. 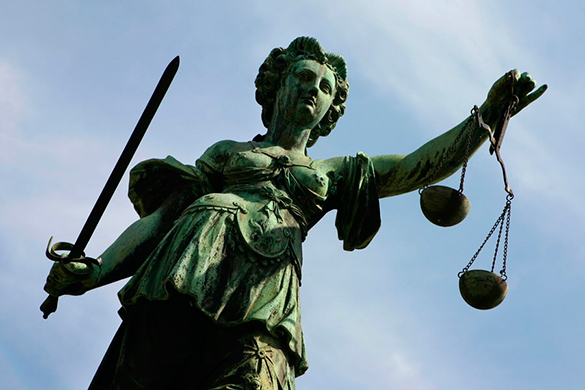 In a recent incident, a 74-year-old Russian woman, Lyudmila Markianova, is facing deportation and separation with her daughter.

Lyudmila Markianova is a renowned Russian linguist. She is a person behind the creation of the modern-day written Karelian language, an author of Russian-Karelian dictionaries. Today, the woman has found herself in an extremely difficult situation.

The 74-year-old woman suffers from age-related dementia and has speech impediments. She can neither dress nor eat without someone else's help.

The woman has been living with her daughter's family since 2013 after she moved to Finland from Russia because of her husband's death. Her daughter, Elena Adel, has been living in the Finnish city of Vantaa with her husband for 20 years already. Yet, the authorities of the city want to send Markianova back to Russia's Petrozavodsk, where the woman has literally nothing.

This was reported by Elena Adel and human rights activist Johan Beckman.

"The case is very similar to the case of Irina Antonova from a couple of years ago, when the Finnish authorities also wanted to separate a seriously ill 85-year-old woman from her daughter and her Finnish husband to deport her to Russia, where she had nothing," the human rights activist said.

"The Markianova story is the same. Lyudmila Markianova is sick, she requires physical assistance. She had been living in Russia before 2013, until her husband died. Afterwards, she moved to her only daughter, who had been living in Finland for 20 years by that time. The woman's Finnish son-in-law provides assistance to her. Yet, the Finnish migration service has already made a decision to deport Markianova to Petrozavodsk, and an administrative court endorsed the decision. In Petrozavodak, Karelia, Markianova has nothing. Now the family intends to appeal the decision at the Supreme administrative court of Finland," the expert said.

The story also demonstrates a clear violation of the right to family life, the activist said.

The argument of the Finnish authorities is striking. According to Finnish officials, "the mother of adult children shall not be considered a close relative."

According to Beckman, Finland's policy in this matter is clearly unfair, as the country shows little interest in deporting the refugees, who had entered the country illegally. Yet, the authorities take every active effort to deport an ailing elderly lady.

"Russian President Putin helped Irina Antonova when he was on a visit to Finland. Putin promised to support the elderly woman and her family, and the woman was then moved to a nursing home in the Leningrad region. Apparently, Vladimir Vladimirovich is our last hope in this story too," the human rights activist concluded.

Unfortunately, incidents of forcible removal of children from families, especially Russian families, have become commonplace in Finland and Europe during the recent several years.

Pravda.Ru has published many articles on the subject. Local child protection services do not need a special reason to take a child away from his or her biological parents.

Finnish social services take newborns away from their parents

Tens of children dream to escape from Norway