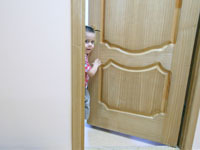 Russian man Vitaly Morozov has been at law with Norwegian authorities fighting for his own son for several years already. The authorities took the child away from the man in a traditional way. The man was forced to become a patient of a mental institution, whereas the child was delivered to a foster family. In Norway, child protection services take ten children away from their parents on a daily basis. Six of those children are the children of non-native individuals. All that happens without legitimate criminal investigation and court decisions.

The most terrible thing about this story is the position of the Russian Foreign Ministry. It seems that the ministry refuses to notice that underage Russian citizens are forcefully separated from their legitimate parents. They also ignore the fact that the Norwegian authorities try to deprive Norway-based Russian children of their Russian citizenship, as well as of the opportunity to stay in the atmosphere of the Russian language and culture.

Vitaly Morozov had his family and business in Russia. He divorced his wife and sold the business. The man decided to move to Europe. "I went to Europe because so much was said about high living standards there. As soon as I got to Europe, I quickly realized that all that was a lie," the man said.

The subject of Russian people moving abroad is a separate and a very broad subject for discussion. Many of them decide to leave Russia even though they do not know the language. Nevertheless, they are certain that they will receive a hearty welcome.

Vitaly went to Norway with his 6-year-old son. After the divorce, the man became the legal guardian of the boy. His wife did not object the child's emigration.

In Norway, the man was told that his dreams had nothing to do with reality. The man did not have the status of a political refugee. Therefore, he did not have the right for work and residence.

It seems that the local authorities should have deported the man and his child back home to Russia. However, the case took a completely different turn. Vitaly's son was given an opportunity to attend school. The man took it as a good sign.

"Soon afterwards, my son started telling me a lot about his teacher. He would always mention her name, Leena. I was just happy for him, I was happy to see the kid getting used to the new environment so quickly," Vitaly said.

Some time later, the man received a document which recommended him to attend a healthcare center. As he was told, that was one of the rules in the camp for immigrants, where he was staying.

"In the center, I spoke a lot with the psychologist, who was very interested in my condition. I answered the questions honestly. I said that I was depressed, because I was hoping that I would be able to find a job here," Vitaly said.

The counseling was conducted in the Norwegian through a Polish interpreter. Vitaly signed some papers, which he did not even read. "I thought that it was just a formality," he said.

He later discovered that he had found himself in a very difficult situation. A child protection officer (Barnevarn) attended one of Vitaly's meetings with the psychologist. The officer offered Vitaly to go to a mental institution for examination. The officer also said that the child protection services would take a legal action against the man if he decided to refuse from the examination. Vitaly was told that he was supposed to make the decision voluntarily. Vitaly realized that he did not have the choice.

He was told that his son would be temporarily accommodated at a foster family - for two weeks. Some time later the man discovered that the documents, which he had signed, said that his child would not be allowed to leave the foster family for three months.

When I learned about it, I asked them to discharge me from the hospital. Instead, they transferred me to a special department for dangerous patients. A local doctor soon acknowledged that it was a mistake. He admitted that I was healthy, I was just staying in a stressful situation because I had lost the child," Vitaly said.

He could not have his son back even after he came out of the hospital. Vitaly was told that the boy did not want to see his father. "During my meetings with him I could see that my son was depressed. He started to stammer, I could see that the child was suffering from a very serious stress," Vitaly said.

As a result, the man wrote an official letter in which he refused to cooperate with child protection services of Norway.

"They asked me to come to their office. In the office, they told me in a very rude manner that since I was not willing to cooperate then I would not even be able to see my child. They told me that I was nobody. They threw me my letter in the face," he said.

Some time later, a psychologist from the child protection services, who attended Vitaly's meetings with his son, wrote a conclusion saying that the boy must be kept in the foster family. "The paper said that I could not raise my own child because I had not received enough love from my own parents in my childhood," Vitaly said.

There was a lot of "valuable" information in that document. It particularly said that Vitaly was dressing his child too warm, which was unacceptable for Norway. It was also said that Norwegian children had the right to do everything, that they were free. That was the difference between the Norwegian and the Russian upbringing, the document said.

Vitaly could do only one thing: he could struggle for his child at court. This turned out to be a huge problem as well. In accordance with Norwegian laws, he, being an unemployed individual, had the right for a free lawyer. However, it was the child protection services that were paying for the lawyer's services.

As a result, the court rulings were unpredictable. "They were saying things like "the court thinks, the court believes." They were not making any references to the law. Still they ruled that the father was unable to give his child enough love and support," Vitaly said.

As a result, the Norwegian authorities decided to stop the man with the help of a well-known principle: no man, no problem. They decided to deport Vitaly from the country. The Russian Consulate Office refused to accept the man back without the child.

The man was jailed for alleged attempt to kidnap his child and for his illegal stay in Norway.

Vitaly spent one year in jail. He has been released recently, but he is not going to give up. The man was allowed to see his son four times a year, for two hours per meeting. The boy can hardly remember his father now. He does not even speak Russian anymore. He was adopted by his teacher, Leena, whose name he was mentioning so often before.

Vitaly said that he had visited the house of the foster family to see the son. A lot has changed in the house after the appearance of the Russian boy. They have refurnished the house and built a fountain in the yard. Foster parents in Norway receive very good money from the state. Why not using this gift to the maximum? The boy himself wears the clothes to grow into and goes to school by bicycle.

It is clear that it goes about a well-organized system, which brings very good money to foster families. It is also good for the state, which solves the problems of adaptation and assimilation for foreigners' children.

Russia's position is not clear. When Pravda.Ru was writing about the story of Irina Bergseth, we asked questions to the Russian Consul in Oslo. We particularly asked the official how many of such incidents occurred to Russian citizens in Norway. The official responded - zero. As we can see now, that is so not true. Thirteen Russian children have been separated of late from their own Russian parents in Norway.

A Norwegian court has recently ruled that the daughter of Russian national Svetlana Tarannikova must undergo the adaptation process in Norway. Before that, child protection services took Svetlana's two sons away from her. The boys were delivered to the foster family of two women with untraditional sexual orientation.

The Russian Consulate Office simply prefers not to interfere in the laws of a foreign country. No one wants to pay special attention to those cases.

The Russian laws stipulate that any citizen of our country, no matter where he or she may live, stays under Russia's jurisdiction. Here, it goes about the forceful separation of Russian citizens from their legitimate parents. They are also deprived of the opportunity to stay in touch with the Russian language and culture. They are not allowed to speak Russian when they can see their parents. They change their Russian names to Norwegian. Isn't that a gross violation of human rights? If Norwegian authorities claim that Russian parents will not be able to give their children enough love and support, then they can solve the fate of those children in cooperation with the Russian consul. However, this does not seem to be an option for anyone.

The consulate will not be able to solve this problem either. It is up for the Russian Foreign Affairs Ministry to change something. How many children will have their lives destroyed before the state pays attention to this problem?