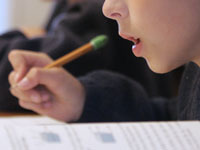 "You will never see your mother again," officers of Norwegian child protection agencies (barnevern) told a 13-year-old boy when they were taking him away from his home. The boy is currently living with a foster family. His biggest dream now is to get back to his mother as soon as possible. Seeking help, the boy wrote several emails to the Russian embassy, in which he told his story.

Pravda.Ru has published several articles about the fate of Irina Bergseth (maiden name Frolova), a Norway-based Russian citizen. The woman accused her Norwegian husband of committing sex crimes against their common four-year-old son.

Local social services took the woman's two children away from her. The younger son, Misha, a citizen of Norway, was delivered to his father. The elder son, Sasha, 13, a Russian citizen, was settled in a foster family.

Sasha's new parents do not let him use the computer. However, the boy managed to send several emails to the Russian embassy pleading for help. Pravda.Ru also had a chance to read them.

"Hello. I would like to write a little about the day when I was taken away from home. That day I was staying with by best friend, we were playing PlayStation. My mother called and said that the barnevern were coming to take me. She said that they had already taken Misha. The first thing that the officers of child protection services told me was - I will never see and live with my mother again. I got very angry and upset. I've never been so unhappy in my life before. I wanted to break away from the car, but the officers blocked the doors. They were going and saying that it was bad for me to live with my mother. They were also saying that it would be much better for me to live in the place where they were taking me and my brother, but this is not going to be better!" Sasha wrote in pain.

"I was talking to the lady who was conducting my case in the child protection agencies. She didn't want to listen to me. She told me that she had made the decision and that she didn't want to change anything. She also said that she wanted to do her best to deliver me to a foster family for good. I told her that she was ruining my life, but she was just saying that I will be fine afterwards. This is not true. Nothing is going to be fine. By July 6 it will be five weeks since I saw my mother last. I don't know what to do. It all looks so bad."

Afterwards, the boy wrote about the "advantages" which he obtained in his new family.

"On Saturday, I seriously turned my ankle and strained tendons. They showed me to the doctor only in two days. The doctor said that I should go on crutches, but the lady, whom I live with, refused to buy them for me. I couldn't walk, but they wouldn't even rent the crutches. There was a graduate party at my school on June 21, but they didn't let me go there. They didn't let me go with my class to a theme park on June 23 either. I was waiting for that day for a whole year, but they don't let me go anywhere. The child protection services are breaking my life."

"They give little food to me, and I am hungry. Nobody wants to talk to me or take care of me in the foster home, and I feel completely lonely here. Please help me get back home to my mother, or please help me find a lawyer so that I could sue the child protection services. I've already written to a local committee (Fylkesnemda), but they don't want to listen to me. Please, help me get back home to my loving and caring mother. I have a very good family. I can't use the computer or the phone. I feel so bad. PLEASE HELP ME GET BACK HOME!"

It is hard to read these emails. Even if we cast away the emotions about the fact that the officers told the boy that he would never see his mother again, there is one question left. What is the boy being punished for? What has be done for Norway if they treat him so cruelly?

He was deprived of his mother, as well as of his friends. Sasha was also forbidden to attend skateboarding and tennis classes, which he really enjoyed. Was he sent to a foster family or to prison? Don't child protection services understand that they are committing violence against the boy and damage his psyche? We would like to believe that those people have higher education. What if they are perfectly aware of what they do, but they still do it deliberately? What if they want to make him understand at such an early age, what it is like - to struggle against the system. His mother tried to do it and accused a Norwegian citizen of pedophilia, but now they want to declare her a mentally unbalanced individual. Social officers said that to Sasha too.

They keep on telling him that it will be better for him to live in a foster family rather than with his mother, which is insane. They do not show any support to the child. They didn't take him to the doctor, they didn't buy him the crutches, they didn't replace his brackets on time. Now the boy has to start the brackets all over again. This is an expensive dental procedure, which the boy's family may not want to pay for.

If the boy's mother were doing such things to him, the authorities would impute her with those actions. However, this all seems to be absolutely normal if such things happen in a foster family. This brings up the question of double standards in the approach of Norwegian child protection services. One and the same action or minor offense can be approached depending on who committed that action - either parents of origin or foster parents.

There is another very important aspect. Sasha is a Russian citizen. If Norwegian social agencies believe that it is bad for him to live with his mother, then they are supposed to send the child to Russia, where he has a grandmother and an uncle. Those people are ready to take care of the boy. However, they do not even think to think about such an opportunity. The child has virtually become a prisoner in Norway.

Norwegian child protection services are very powerful. They can literally kidnap children from their parents. There is also the court, of course, to which Irina Bergseth turned. There is a hope left that the woman will be able to have at least her elder son back.

However, there are incidents when desperate parents prefer not to wait for the court ruling, which may not be in their favor. They prefer to act at their own risk.

A family from Poland, who had their child taken away from them by the authorities, experienced a similar situation. The story was published by the Polish newspaper Super Express. The Polish citizens - a man, his wife and daughter - arrived in Norway several years ago. Everything was fine until the day when their daughter, Nicola, a girl of nine years, didn't come back home from school. As it turned out, it was the child protection services that didn't let her go home.

Also read: Russian boy becomes sex slave to his own father in Norway

Officers said that the girl was coming to school in a very bad mood for several days. This was the reason for the services to accuse her parents of improper treatment of the child. As a matter of fact, the girl was very worried about her grandmother, who fell seriously ill in Poland. The girl's parents were told that their daughter would be delivered to a foster family. The parents did not want to wait for the court ruling and addressed to Polish detective Krzysztof Rutkowski.

The detective helped Nicola escape from the foster family. The girl got into his car and they drove away towards the border.

"I am still so shocked that it is hard for me to collect thoughts. When I was able to put my arms around my daughter, it was the happiest moment of my whole life," Nocola's mother said.

The detective said that he was acting in accordance with FBI's principles: "You can do anything you want before you get caught," he said.

Polish newspapers wrote that Norwegian child protection services take as many as 300,000 children away from their parents, presumably immigrants, every year. They mostly target children of the white race, who do not differ much from Norwegian foster families. It is possible that someone simply wanted to have a pretty little girl from Poland. Luckily, her story had a happy ending. But who is going to help Sasha Frolov?