Finnish authorities took an eleven-month-old baby from Russian woman Irina Kulikova. A court of Finland ruled that there was a danger for the little girl to be "kidnapped" to Russia, Finnish human rights activist Johan Beckman said. 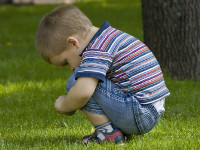 Eleven months ago, Irina Kulikova, a Russian citizen, gave birth to a daughter in Finland. After childbirth, the woman had to remain at hospital for a while. When she returned home, the child was no longer there. As it turned out, the girl's father took her to Norway without the knowledge and consent of the mother.

Kulikova addressed to Finnish lawyer Jyrki Leivonen with a request to help get the child back. By decision of the Finnish authorities, the father returned to Finland with the child, but sued the baby's mother. In a matter of urgency, the court ruled that the eleven-month-old baby girl would have to live with her father. To crown it all, the court demanded the child should be isolated from the mother.

Chairwoman of the Federation Council Committee for Social Policy and Health, Valentina Petrenko, exclusively for Pravda.Ru, commented on the situation with Russian children abroad, who often become hostages of local childcare system.

"Here is an example about France and many other states, where this system should be self-sufficient to exist, meaning it includes personnel, structure and funding. Therefore, its activities should be confirmed by practical results. Children eventually become the people, with whose help completely different problems can be resolved. Such problems relate to financial reporting, where  money goes, and so on.

"Nobody wants to know what a child may feel, and whether children's rights are violated or not. Such moves are done for the sake of alleged child protection, even in those circumstances where all can be solved otherwise. In any country, in any structures and organizations. I'm talking about the cases when, for example, the mother looks at her child the wrong way, in the opinion of someone else, or falls under the suspicion of neighbors, or the child says something at school.

"It instantly triggers this principle to protect the rights of the child. Let's recall the cases when infants would be taken away from their mothers and they would be deprived of mother's milk. Does it look like a violation of their rights? This is a real threat to the mental and physical development of the child. No one knows what consequence it may lead to. Nobody is paying attention.

"If a family falls under suspicion, it must be observed, except for the cases, where there is a threat to life and health. But if, let's say, they say something wrong in that family, and this "something wrong" has no proof, they send social workers from child protection services. It often happens that parents are completely respectable, their children are absolutely safe and being taken care of, but suddenly a situation may occur when even the absence of reason becomes a reason.

"I believe that the goal to protect the rights of children implies prevention and preservation of family, in which a child has both a mother and a father. And if something needs to be corrected, then this help should be organized, but not vice versa.

"In foreign marriage, when a child is taken away from their parents and sent to the children's institution, the rights of parents to visit their children, especially mothers, are often restricted. This applies especially to Russian mothers. Then there comes a situation when a child is delivered to a foster family. From this family, children may often be returned to children's home, because it can be very hard at times to build good relationship in a new family. As a result, they send children here and there and back.

"Absolutely no one cares about the sensual side of the problem, about children's tears. They play with child's tragedy. I prefer and advocate another principle: the main objective of all this is, above all, the preservation of family, in which the child should be saved. This is hard work, but as it can be seen, many child protection agencies are set up to play with children's lives."