Any instability in Europe is good for the US

No European country can handle the massive inflow of refugees from the Middle East and Africa. What made so many people leave their homes and all their belongings and go to Europe? Is it because of the war in Syria, color revolutions or is it because of the destruction of Libya - the country that used to be a buffer zone between refugees and Europe? Pravda.Ru conducted an interview on the subject with well-known Russian sociologist, Andrei Fursov. 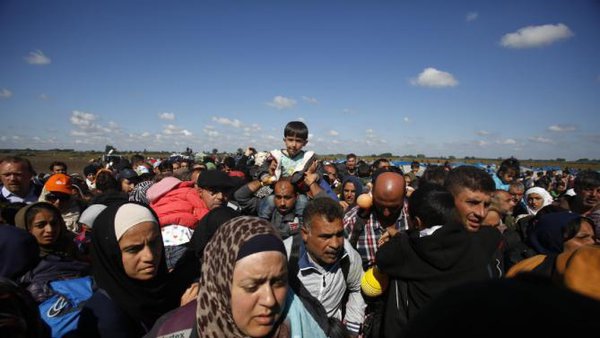 "There will be more refugees coming. Jordan and other countries of the Middle East are used to refugees, because they represent the same ethnic and religious groups. For Europe, though, they are completely alien people. Up to 30 percent of the population of Marseilles, London, Paris, Antwerp, Rotterdam, many smaller towns in England and other countries already consists of natives of Asian and African countries.

"In Europe, there is a curious situation. Well-to-do Europeans live very close to young, and therefore aggressive representatives of a different culture, race and religion, mainly Islam. This gives birth to the bundle of contradictions, social, religious and racial ones. This is like a huge social dynamite. The non-European population lives on its own. Many European cities are divided into two parts. In Marseille, there is an Arab-populated part of the city. The Arab part lives on its own laws, and the police prefer not to go there. The number of such enclaves in Europe is growing steadily.

"In general, Europe is losing ground. Muslims increasingly file lawsuits defending their religious feelings and they very often win cases. In many places in Europe, they no longer sell pork sausages. One can not even display crucifix in public places in some countries.

"Europeans prefer not to use the word Christmas, because it may offend Muslims. The European constitution does not even mention Christianity. I believe that we are witnessing the socio-cultural death of Europe. In some 50 years, Europe will be absolutely different."

"Is that good or bad? The great migration of peoples has happened several times in the history of mankind."

"The people, who lived centuries after those great migrations, were fine, but the people, who lived during the great migrations, experienced all the hardships of that on their skin. Today, we live in a completely different new industrial society, we are living in the age of chemical and nuclear weapons. Remember, Sir Arnold Toynbee predicted that the Western civilization would be destroyed by the union of external and internal proletariat.

"As the Anglo-Saxons say, in every acquisition, there is a loss, and there is acquisition in every loss as well. Starting from the XVI-XVII centuries, the Europeans were colonizing huge territories in Asia, Africa, Latin America and South America. Nowadays, those peoples are inundating Europe. This is a boomerang that punishes Europe for colonialism and all other atrocities that the Europeans were committing in the past."

"Some experts suggest this the current migration crisis in Europe is linked to color revolutions."

"In the early 90s, French writer Jean-Christophe Rufin wrote the book titled "The Empire and the New Barbarians." He wrote in the book that Europe must worship North African states, such as Tunisia and Algeria that act as a buffer zone for refugees. He did not say a word about Libya, because all was well in the country back then. Yet, there were already problems in Algeria and Tunisia.

"He said that Europeans should make every effort to maintain stability in those countries. Then the West broke Libya, and Tunisia was the first country, where a color revolution occurred. In Algeria, the situation is also very difficult. I think that the inflow of refugees will be gradually increasing.

"When the Americans decided to create the zone of instability, a zone of controlled chaos in the Middle East, they were well aware that people would flee to Europe - the economic competitor of the United States. This works very well for the USA because any instability in Europe is good for the US."

"Can Europe wake up because of what is happening there now?"

"Is it sleeping now? The European countries are ruled by the pro-American North Atlantic elite. Look at such puppets as Merkel and Hollande. The only thing that the Europeans can do against them is to bring rightist forces to power, like Marine Le Pen in France. Of course, the growing number of migrants in Europe will contribute to the development of right-wing parties. The latter will add more fuel to the European fire, and the States will take advantage of Europe again, because European capitals will flow into the USA - the only zone of stability in the world of chaos that the USA is creating.

"In this situation, Russia needs to stay stable and have strong borders. The Ukrainian crisis is a very serious blow on the stability in Europe. Arab color revolutions and wars led to the inflow of hundreds of thousands of refugees. Europe is paying the price for sins of the past."

"Is America going to pay this price? After all, up to 90 percent of native American population was destroyed."

"Retaliation will come from those, whom they call Latinos. Apparently, the XXI century is the crisis of not only the capitalist system, but of the whole European civilization. This is, of course, the crisis of the white race. The number of white people in the world is becoming smaller and smaller. This is the only racial group that has been decreasing in size."