Iman Safi, who lives in Australia, draws from his experiences of being caught up in the midst of the civil war in Lebanon, coming from a country/region formerly identified as Syria, divided by the Sykes Picot agreement a century ago, engulfed at times in debilitating sectarianism, international interference and agendas played out by various internal and external forces as well as all the issues related to Israel. 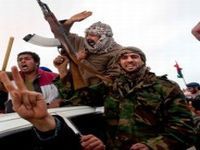 He believes that, through his experiences, understanding current/past events in Syria it is sadly very clear that Syria's story serves as an incredible lesson on many levels for the entire world. He felt moved to write this Op-Ed as he saw the debate around refugees and asylum seekers in Australia ignoring very important issues, issues hardly touched upon in the current narrative occupying Australian media and debate:

The issue of refugees continues to plague the world with a reality that it prefers to ignore. But the world will either have to face it or opt to continue ignoring it at the risk of having to deal with graver consequences sooner or later.

The number of registered refugees has risen significantly over the last few years, and the nations that are would-be recipients of refugees are confronted with policies they need to have in place, with growing concerns amongst their voters regarding numbers of refugees hitting their home turf.  Whilst many of the would-be refugee recipient countries are signatories to the UN Refugee Convention, the out-dated criteria and definitions of that 1951 Convention do not deal with the current problems.

The Australian government has recently signed a deal with the government of Papua New Guinea (PNG). According to this arrangement, simply put, all refugees on boats journeying to Australia will never be allowed to settle in Australia.

With the current number of world refugees standing at 41 million, such a measure may deter refugees from seeking refuge in Australia. But what will happen when the world refugee figures is increased to 100 million, 500 million? Is this far-fetched? Not really.

It is easy for the Australian Greens and other humanitarians, as well as some NGO's, to criticise governments or majot political parties. In fact, the position of the Australian Greens about the PNG deal had the hallmarks of political gain rather than proper criticism. A cynic can clearly see that the PNG deal gave the Greens a field day, but at the end of the day, they not only failed to address what makes refugees refugees - they offered no alternative policies.

The Greens appear to want to be humanitarian and benevolent. If they had it their way, one should ask them, how many of the world's 41 million refugees do they think Australia should take? If they open up the doors for the boats, and this seems to be their only vague policy, how will they deal with the consequences of the precedent they will be setting for the refugees - and their smugglers?

The current PNG option has not yet been tested, and it may or may not work. If it does, it may work for as long as the number of boats is manageable. But, PNG may not turn out to be a bad enough alternative to deter refugees anyway. This will all depend on what refugees are running away from and what they view as preferable alternatives.

Thus far, each of the receiving countries has been trying to single-handedly deal with the problem in a manner that serves their own short-term interests and appease their own voters. What they are totally ignoring are three main points:

1. Addressing the reasons that create refugees

2. Adopting a global approach to solving the problem

3. Having policies that will be able to deal with much higher numbers

At the present time, the fact that wealthy nations, most of whom are would be refugee recipients, are contributing greatly in creating global inequity. They are conducting needless wars, exploiting resources, imposing sanctions, using the underdeveloped world as a venue for slave labour and more, thus hugely contributing to creating the refugee "problem."

These conditions have created many refugees from countries such as Palestine, Vietnam, Afghanistan, Iraq , Iran, Syria, to name very few.

This basic aspect is currently totally ignored by the culprits, who, instead of addressing it and accepting their responsibility and role, adopt very shy refugee intake policies. With this prevailing attitude, it would not be unrealistic to assume that for every refugee they take in, they turn away ten, and maybe create one hundred.

What is also often overlooked is that by far, the highest numbers of refugees settle in neighbouring countries that are not in a position to take refugees. Jordan, a country of limited resources and very little water to supply the needs of its 6.5 million citizens, had to accept one million Iraqi refugees and most of them are still unable to return home 10 years on.

Jordan, a decade later, was again inundated by another wave of refugees, another million, this time from Syria. This figure is not officially confirmed, but the figures available show it to be about accurate. This amounts to one third of the country's own population. This is equivalent to Australia being inundated by 7 million refugees, or the USA inundated by 100 million refugees.

A global approach needs to be based on understanding the underlying facts behind the problem. Thus, nations that have been bigger contributors to the problem should bear the bigger responsibility in resolving it by way of accepting more refugees, that they have, in reality, created.

The way the world is currently, makes it unlikely to expect that the above is foreseeable. But as problems generally get worse when not addressed at the right time and in the right manner, the refugee problem could escalate to an extent that in the absence of a realistic global moratorium, individual nations, may move further and further to the right and their constituencies become more radicalized.

In Australia, the Australian Labour Party (ALP) and the Liberals are already competing in their draconian approaches. The ALP changed course in light of over 20,000 refugees arriving annually "illegally" by boats. The Greens are not offering any real policies other than criticizing the major parties.

Being an island nation, Australia is in a fortunate position that under any situation, provided that its surveillance is up to scratch, it will be able to detect refugees, spotting them long before they arrive. Other would-be refugee recipient nations often have no such facilities.

Spotting them is one thing, dealing with them is another. In the absence of a proper global approach, what will nations like Australia do if or when the numbers rise ten folds or more?

If the rich world (aka the "Free World") continues to exploit poorer nations, to ravage their homelands with needless wars, exploit their resources, pollute their land and water, build factories that are best described as slave labour camps, it cannot continue to wipe its hands of, and pretend to be a part of the solution when in fact it is the main cause, instigator and major contributor to the problem.

If this neo-colonialist "contribution" can be stopped, the world can then turn to face dealing with "real refugees", environmental refugees, drought, earth-quake and other natural disasters refugees. Aid organizations can then be better able to focus on nation-building programs rather than refugee-camp building programs. Thus, the intake of refugee migrants can then be dealt with realistically and effectively.

Depending on how quickly the problem escalates, how high the refugee numbers grow and how many manage to dodge border security measures of the receiving nations, depending on how to the right world policies shift and what moves the sentiments of voters at the time, slogans such as "stop the boats" may be rewritten to say "bomb the boats", and they may become the clincher to put a PM in Australia's Lodge or even a President in USA's White House.

If the world continues to sweep this tragedy underneath the carpet and continues to create more refugees, we may one day witness air-force planes and drones programmed to bomb boats of specific shapes sizes and colours.

We may see naval ships bombing refugee boats at sea without prior warning, and trade ships banned from picking up victims at the pain of getting bombed themselves.

Is this scenario too far-fetched? It is for now, but if countries like Australia start receiving 1000 boats a day (and the USA receive ten-fold), then desperate calls will attract desperate measures - this applying to both the refugees and the nations they are seeking refuge in.

The situation of refugees could become so dire, they will be prepared to take ever higher risks - risks that those who have not lived through the terror of war will never, ever, understand.