Belgium started the procedure of drafting a law that would ban Muslim women from wearing burqa in public places. On March 31, the Justice and Home Affairs Committee voted unanimously to endorse the move. 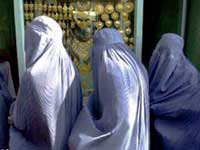 The law was initiated by the liberal Reformist Movement party in early March. “It is necessary that the law forbids the wearing of clothes that totally mask and encloses an individual,’’ said a member of the party.

The draft law would make it illegal to wear clothing covering all or part of the face, in this case, of a Muslim woman. This way it will be easier to identify a person. Defying the rule could lead to nominal fines of $20 to $35 or possible imprisonment for up to seven days. The law does not target head scarves that leave the face open.

The vote will take place on April 22. If the law is passed, Belgium will become the first country in the EU that legally bans wearing clothes covering the face.

It is worth mentioning that Belgium is by far not the only country considering the ban. In January a special committee of the French Parliament initiated a ban for wearing burqa in educational and medical establishments, public transportation and some other public places. Members of the Parliament thought that this type of clothes challenges the system of French republic.

In October of 2009, Lega Nord party, which is a part of the governing coalition in Italy, also called for banning burqa because it prevents personality identification. Some Italian politicians remind that this legal rule has been in existence for a long time. The only exception is carnival masks.

In November of 2008, a law banning students from wearing burqa was enacted in Holland. A few years earlier a similar law was introduced in France and some areas of Germany. Currently introduction of similar limitations is discussed in Great Britain, Austria, Denmark, and Switzerland, which is not a member of the EU.

As of now, the results of the referendum in Switzerland that took place on November 29, 2009, remain the most discussed decision regarding Muslim symbols in Europe. That day, the majority of citizens voted to ban minarets construction. The ultra right People’s party claimed that this part of masques is a symbol of penetration of Islam and gradual transformation of Europe into a Muslim society. The Swiss found the arguments convincing.

The reactions to the results of the Swiss referendum were controversial. The Muslim society of Europe sharply criticized the decision. Many European politicians were also not happy with the idea. Some European parties expressed solidarity with Switzerland, and Holland and Denmark have been discussing conducting similar referendum for a while.

The reason for the popularity of such bans is always the same – fear. Despite the fact that the majority of Islam followers in Europe are law-abiding people, and many of them are not even going to masques, nearly every country on the continent has fundamentalist organizations.

In the best case scenario, they are propagating introduction of Islamic norms to legislation. In the worst case scenario, they resort to terrorist attacks. Considering the fact that the birth rate among European Muslims is much higher than that of the native-born population, the threat of the Islamization of the legislation and social norms is getting increasingly more real.

At the same time, different European countries have their own specific issues. For example, in Belgium, the level of intolerance towards foreigners from Asian and African countries is the highest on the continent, and local parliamentarians cannot ignore it.

Now this 10-million strong country has approximately 350 thousand Muslims. Mostly they are Arabs from Northern Africa (Morocco, Algeria and Tunisia), as well as Turks and Albanese. Many of them abandoned their religion, but a significant part of them still live in compliance with Shariat. Yet, there are only a few hundred women in the country who cover their faces.

There is another issue. Belgium is a federal state divided into two parts, French-speaking Wallonia and Flanders that speaks a language similar to Dutch. Immigrants from Muslim countries mostly speak not very good French, and usually do not speak Flemish at all. It aggravates the Flemish when they see people clothed in burqa and increases already strong separatist tendencies.

Burqa ban may cause unpredictable chain reaction all over Europe. Many Muslims will most likely protest, while ultra-right in other countries will hold Belgium as an example.

Russia Today: Koran says: You're free in your religion