Refugees: When the challenges are greater than the means

Today marks the sixtieth anniversary of the UN High Commission for Refugees, led by the ex-Prime Minister of Portugal, António Guterres, who has highlighted the pressing issues facing his office today and outlines the challenges for the future. Among these are the world's 43 million refugees, most of whom under the care of the UNHCR. 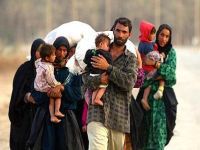 This Christmas forty-three million people around the world will not be celebrating with their families in their homes, simply because they have no homes to go to. The challenges facing the UNHCR today, stated António Guterres in his speech at the Commission's Geneva Headquarters, did not exist when the Commission was set up on December 14, 1950.

The evolving circumstances causing displacement today are not even covered by the treaties signed when the UNHCR was being set up. The new patterns of displacement mean that the international community needs to rethink ways and means of dealing with the crises as they emerge, because "more and more people are crossing borders because of extreme poverty, because of the impact of climate change and because of their interrelation with conflict," stated Mr. Guterres.

When the UNHCR was set up in 1950, it was to tackle the refugee crises affecting post-war Europe. A decade later it was addressing the crises in post-colonial Africa, then dealing with refugee issues in Latin America and Asia, actions which earned the Commission the Nobel Peace Prize on two occasions. However António Guterres considers that the focus should not be on the past, but on the present and future.

Today there are 43 million refugees in the world, the majority of these living under the care of the UNHCR, and for Mr. Guterres, "it is very important to recognise that the actions of the UNHCR have represented for many people life instead of death, home instead of total deprivation, health instead of a disease that can even represent the risk to die, protection against the most dramatic violations of human rights".

António Guterres considers that his Commission has every reason to feel proud of what it has done, but also that there are preoccupations arising out of the challenges, because "the root causes of conflict and displacement are not being eliminated and the next few years will be as challenging as the past".

The UNHCR has already identified three priority areas for action in future, namely gaps in the international system for protecting displaced persons, the disproportionate burden of helping refugees which falls upon the shoulders of poor countries and the failure of States to tackle statelessness.

Problems in conflict areas are exacerbated by population growth, urbanization, climate change, water scarcity and food and energy insecurity, creating a growing list of urgent actions which the UNHCR needs to take. Compounding the problems are natural disasters, economic catastrophe, man-made disasters, gang violence and the vulnerability of groups to post-conflict situations.

With around 80% of the world's 43 million refugees hosted in the developing countries themselves, most of the front-line countries standing beside a crisis are the first to be hit themselves with an ensuing disaster which they inherit from across the border.

The world needs to do more to work together in addressing these issues and only by sharing information, making these stories available can we begin to arouse public awareness.