USA wants to turn the world into controlled chaos, but fails

The situation in the world is heating up not only in the Middle East. The "fuse" of Ukraine, the US and Europe has started to smolder. How should Russia behave in this situation? Pravda.Ru editor-in-chief Inna Novikova talked about it in an interview with Russian political scientist, Director General of the Center for Political Information, Alexei Mukhin. 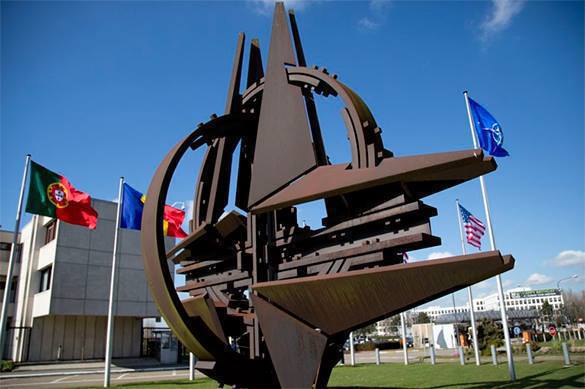 "Ukrainian President Petro Poroshenko does not surprise anyone now with his statements. On the anniversary of the Babyn Yar tragedy, he said that anti-Semitism in the Soviet Union was an element of the state-run policy, and Russia subsequently inherited the practice. Allegedly, instead of the physical destruction of people, Russia aims to eliminate the Jewish identity. How can one understand this?"

"One does not have to understand Ukrainian President Poroshenko. He sees the world in different colours. He has created a little world of comfort for himself, from which he cannot escape, not even under medical supervision.

"When a person is paranoid, he rebuilds obvious facts into something monstrous and then tries to share his vision with the rest of the world. I would not pay much attention to what Mr. Poroshenko says. The "holiday of disobedience" in Ukraine is gradually coming to an end and, apparently, one will have to arrange some tribunal there to evaluate the things that the sitting Ukrainian authorities have done. Poroshenko's statements mean that Ukraine is stranded and does not make any independent decisions.

"This is the Ukraine that the USA needs, because the Americans use the lost country to create tensions in the relations between Russia and Europe. Ukraine plays the role of the new Berlin Wall, and this wall will stand as long as Washington supports the Kiev regime.

"The Ukrainian Prime Minister and his team, the leadership of the Verkhovna Rada and the rest - they all build the economic, political and social system of Ukraine to make the country as much subordinated as possible to international financial institutions and specific foreign countries. The USA is the first on the list, but America is currently preoccupied with its election problems.

"Meanwhile, large Western companies buy chunks of Ukraine one after another. In Ukraine, the West follows the worse-the-better principle. The worse the situation in Ukraine gets, the cheaper the country's assets will become.

"It is obvious that it was not beneficial at all for either Russia or the Donetsk militia to shoot down the Malaysian Boeing. If they had done so, they would have put themselves in a terrible situation, which their ill-wishers would have taken advantage of. This is what eventually happened in the end.

"Interestingly, everyone became very much concerned about the consequences of the disaster with the airplane. No one tries to answer the question why the passenger airplane was flying above the combat zone. The whole story looks very much like a special operation from 1983, when a Korean Boeing was downed to discredit the USSR. Russia insists the investigation should be continued, with Russia's participation.

"The Americans will continue putting pressure on Europe. NATO, as a matter of fact, is a commercial project that gives the US an opportunity to sell weapons, introduce its instructors and so on. NATO is a global marketing project. When Obama asks NATO partners to increase funding, it means that the USA wants to increase its share of profit.

"NATO, in tandem with EU institutions, exercise control over Europe in military and political fields. Brussels takes efforts to contain the development of national economies. This could be done for the sake of the Transatlantic Trade Investment Partnership, the text of which is kept secret, and no one knows what kind of a cat there is in the bag."

"Why know? What is good for America is good for the rest of the world - isn't that the point?"

"Absolutely. One should listen to what the Americans say very attentively. The point is to hear, but the effect is frightening. The USA imposed sanctions on Russia and forced Europe to join them. However, Russia was not the first victim. At first, the USA punished French banks that were working with Iran at the time when the country was staying under the burden of US sanctions. The Americans have recently ordered Deutsche Bank to pay the fine of $12 billion. Other countries, such as Ukraine, look at the legal nihilism of the USA and say "we will not pay anything either." As a result, Ukraine does not pay $3 billion of its debt to Russia.

"Changes in the institutional system lead to general chaos, and chaos is impossible to control. In the United States, there was a popular theory of "controlled chaos" that supposedly could be used to control different processes. In practice, the "controlled chaos" in Iraq, Libya and Syria has led to the global collapse of the political systems of these countries and threw them into the pot of bloody civil wars. The crisis in Ukraine was created artificially. The illegal team that came to power in Ukraine abolished the powers of ousted President Viktor Yanukovych only a year later. In other words, Viktor Yanukovych had all of his presidential powers for a whole year after the coup, even though he was not staying in Ukraine. Who was ruling the country then?

"Unfortunately, many countries of the world took the US model of world order for granted: the USA is the strongest, so let it rule the world. However, Russia stood up against it. Putin said in his Munich speech in 2007 that rules can work only when others follow them."