Ukraine Boeing crash: Russia insists there was no missile

In the Netherlands, the joint investigation team has provided a report on the preliminary results of the investigation into the crash of the Malaysian Boeing near Donetsk. 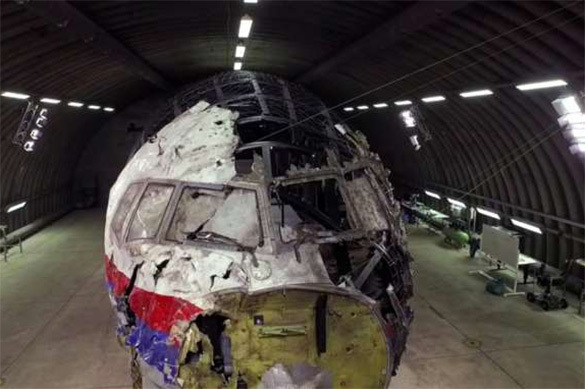 Representatives of the international investigative team said at the meeting with relatives of the victims of the crash that the Malaysian Boeing, Flight MH17, was shot down by a missile from the Buk missile system, located six kilometers from the town of Snezhnoye.

According to RTL News and Nos, the territory in question was under the control of the Donetsk militia. The site, from where the lethal missile was launched, coincides with the findings of the Bellingcat report. The Council of Security of the Netherlands has confirmed this information as well.

A representatives of the investigative team also said that the Buk system was delivered to Ukraine from Russia. After the aircraft was shot down, the system was returned to Russia, the official said.

The investigators said that they used social networking data to find those responsible for the grave crime. According to them, to establish the causes of the tragedy, 3,500 phone calls were analyzed.

According to the investigation, the Buk system was transported via the Russian-Ukrainian border on a white Volvo truck (the Bellingcat report mentioned the same vehicle). Afterwards, the system was brought to Donetsk and then to Snezhnoye, from where the system itself traveled towards the village of Pervomaiskoye before launching the missile at the passenger aircraft.

Dmitry Peskov, the official spokesman for the Russian president, said earlier on Wednesday that the investigation into the crash of the Malaysian Boeing near Donetsk was shrouded in speculations.

"This whole story, unfortunately, is smothered in a plethora of speculations, unskilled and unprofessional information. It is also accompanied by failure on the part of several countries to provide bulks of information and radar data," RIA Novosti quoted Peskov as saying.

Peskov said that Russia has exposed all the information on the disaster that the country had at its disposal.

"However, we have always said, regretfully, that not all countries have exposed this amount of information. Several countries have not provided their radar data," Peskov added.

"There are absolutely different points of view, but there are also hard facts. Of course, it is important to draw conclusions, given the latest information that our military have provided - the primary radar data that indicated which aerial vehicles could be launched or stay in the air on the territory which was then controlled by the militia," Peskov also said.

According to Peskov, the data received from Russian radars was unambiguous and there was no missile there. "Accordingly, if there was a missile there, it could only be launched only from another territory. I am not saying from where exactly, as it up to specialists to establish that. This is not a hypothesis, but the unambiguous data based on primary radar data," said Dmitry Peskov.

The Boeing aircraft was shot down over Ukraine on July 17, 2014. The crash killed all 298 people on board.