US ready for Russia's invasion of Ukraine

Washington has unveiled the plan of actions in case of Russia's invasion of Ukraine, coordinator for Sanctions Policy at the US State Department Daniel Fried said. 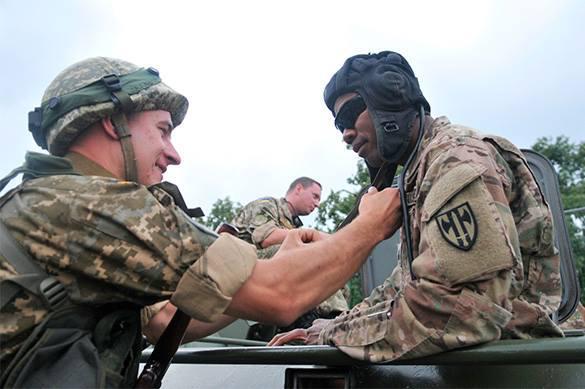 Fried stressed out the fact that the United States discusses the plans with European partners. "We have discussed this with the Germans, the French, the Poles and the British. If the worst happens - a full-scale invasion of Ukraine - then we have a plan," the official said.

Fried did not specify any details of the plan, though. He only said that anti-Russian sanctions would be tightened if hostilities in the Donbas resume.

On August 18, President of Ukraine Petro Poroshenko said that Moscow was allegedly preparing a full-scale invasion of Ukraine. Russian Foreign Minister Sergei Lavrov said that Russian troops were not going to invade Ukraine.