From time immemorial, people have been mesmerized by mysteries of space. Many planets, stars and constellations are named after prominent human beings or living beings and things that people can find on Earth. Yet, there are not many space-related names on planet Earth. 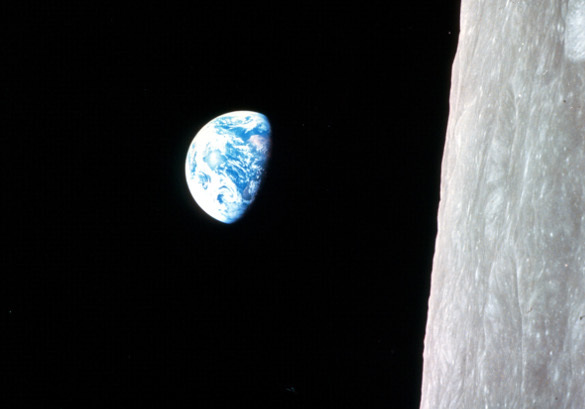 Cosmonauts on land and at sea

A significant contribution to "cosmic" toponymy was made in the Soviet era. One of the brightest examples is the Star City near Moscow. In 1960, this place became home to the Cosmonaut Training Center. The center includes both residential and office buildings. The Star City is the place where candidates for space flight are selected and trained with the help of special equipment.

In the Southern Ocean, the Cosmonauts Sea appeared in 1962 off the shores of East Antarctica in honor of USSR's first cosmonauts. The name first appeared as a Russian proposal to the IHO in the IHO 2002 draft. The draft was never approved by the IHO (or any other organization), and the 1953 IHO document remains currently in force. Leading geographic authorities and atlases do not use the name.

Another "space" city in Russia is the city of Kaluga, a regional center on the Oka River. The city appeared in the XIV century on the site of the Simeon settlement, amid swamps and hollows. The name of the city means "swamp, marsh, puddle."

Luckily, the Soviet authorities did not rename Kaluga to Tsiolkovsk. However, this name is very likely to appear somewhere in space, if humans ever build stations on the Moon on on another planet.

In Kaluga, Konstantin Tsiolkovsky had meetings with another outstanding scientist - Alexander Chizhevsky, who is also known as "Leonardo da Vinci of the XX century".

A long time ago, people paid attention to the fact that solar activity affects various phenomena on Earth. These processes are studied by heliobiology - the science founded by Chizhevsky. One can read more about it in his famous book "The Terrestrial Echo of Solar Storms."

From sands to the stars

Tsiolkovsky was one of the first scientists, who supported bold and unconventional ideas of the researcher. In today's Russia, heliobiology research is conducted in the Crimean Astrophysical Observatory.

Another space city on Earth is Baikonur in Kazakhstan. This is the place, from which rockets and spaceships blast off to the stars. Originally, Baikonur was the name of only the spaceport. Afterwards, this name was given to the neighboring town of Leninsk that formed one single complex with the spaceport.

The name Baikonur roughly translates from the Kazakh language as "sandy area covered with rich sagebrush grass." Today, Baikonur is run by Russia's Space Agency Roskosmos. Russia is leasing Baikonur from Kazakhstan up to 2050. This name has long become another "space brand."

USA helpless in space without Russia