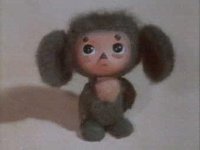 During the Soviet era, everyone in the world was aware of the fact that the USSR was very good at making Soyuz booster rockets and Kalashnikov assault rifles. There was another sphere, in which the USSR was making the products of international level - cartoons. There was no race in the industry whatsoever - the Soviet animation existed only for people. Many Soviet cartoons became a part of international animation legacy.

The history of Soviet animation changed dramatically in the summer of 1933, when Moscow hosted the first-ever festival of American cartoons. Walt Disney cartoons produced an enormous impression on Soviet people; even Joseph Stalin was not left indifferent to Disney's animated art. Needless to say that the Soviet administration decided to create something like the "Soviet Mickey Mouse" afterwards.

The legendary Soyuzmultfilm studio was established three years later. The studio was organized as a copy of the US-based Disney's studio, with the use of the conveyor production technology.

Soviet cartoons appeared as an imitation to Disney. However, Soviet cartoonists managed to reach absolute perfection in their art. The state was generously supporting the development of the industry, and artists could afford the luxury of using more drawings than usual for every cartoon.

In many other countries, they would very often use five drawings for a second of film. In the Soviet Union, there were not less than 12 or even 24 drawings made for only one second of film. Therefore, the quality of animation was much higher than in an average Western cartoon.

There was another detail that made Soviet cartoons so distinctive.

"Such cartoons as "Tom and Jerry" did not become very popular here in the country. The characters in such cartoons do nothing but smack and humiliate each other in all possible ways. There is much less aggression in our cartoons. Our artists didn't want to create action. They wanted to create a dialogue with viewers. It was not a dogma that was enforced upon them - it was a tradition that was coming from Russian folklore fairy tales," Sergei Merinov, a Russian cartoonist, said.

The best Soviet cartoons of the "Disney period" such as "The Golden Antelope" (1954) or "The Snow Queen" (1957) can undoubtedly be referred to as masterpieces of international animated art.

Hayao Miyazaki, an internationally recognized Japanese director, said that he had seen "The Snow Queen" during a complicated time in his life. He director was trying to decide for himself, whether he was supposed to remain a cartoonist or not. According to him, after watching the Soviet film, he realized that high-quality cartoons could reach the very depth of human soul. Pope John Pope II used to recommend Soviet cartoons for all children. John Paul II believed that Soviet cartoons could teach children nothing but kindness and good. Since the Pope was born and raised in Poland, he was most likely familiar with finest creations of Russian animated art.

The influence of Walt Disney cartoons was eliminated in the beginning of the 1960s. The golden age of the Soviet animation was over with the beginning of the perestroika period. Soyuzmultfilm, the state-owned monster, collapsed into dozens of private studios. The artists face the problem of choice - either to continue creating art, or to make money for their living with the help of commercial projects.

"During the 1990s, the majority of cartoonists were trying to create auteur films. They were creating animation films for adults in a hope to take part in international festivals. Most of such films were about the philosophy of life, about the point of living, about the inner world of a human being. Nobody wanted to make anything for children," Alexander Gerasimov, the director of the Open Festival of Animated Art in Suzdal said.

Indeed, there are Russian films in the programs of nearly every festival of animated cartoons. However, the general public does not even know that those films exist.

The new conquest of the Russian audience was launched during the 2000s, when the state began to support the development of the domestic animation industry. The first and the most successful project was called "The Mountain of Jewels" ("Gora Samotsvetov"). It also became the largest and the most complicated project in the history of Russian animation.

The idea of the cartoon series is to tell children about the country that they live in. Each episode (100 episodes in total, 52 have been released so far) is a short film based on a fairy tale of one of the nations living in Russia. For example, to make the episode based on a Mordovian fairy tale, director Sergei Merinov traveled all across Mordovia searching for necessary materials. As a result, the whole production became extremely expressive. The project won the first prize at Gold Panda festival in China.