It is an open secret that the Russian economy is suffering from the shortage of investment. Car-making factories close, large-scale shelf projects are suspended.   The West continues to put pressure on the Russian economy in all of its sectors, but the space industry remains out of sanctions, out of aggression. 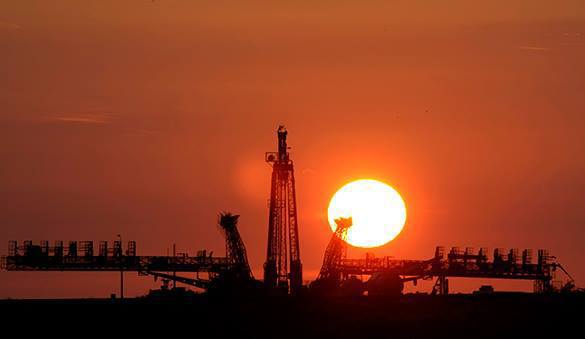 In late March, Roscosmos and NASA chiefs Igor Komarov and Charles Bolden paid a visit to Baikonur Cosmodrome in Kazakhstan, where they discussed further development of the International Space Station. The officials also discussed the long-term presence of the US-Russian team on board the ISS. In a nutshell, Russia and the United States continue to cooperate in space. When it comes to space cooperation, Russia is an ally, rather than a rival for the United States.

The space police of Baikonur

Every year, Baikonur space launches bring Russia the profit of $1.5 billion. Russia rents the space complex for $115 million a year. Therefore, the construction of the Russian cosmodrome known as Vostochny (Eastern) came as unpleasant news to Kazakhstan.

"Taking into account an opportunity for Russia to build its own cosmodromes before 2050, the development of international space services will be a decisive factor in maintaining the Baikonur cosmodrome. It is now when we must think how to maintain Baikonur should federal programs leave the complex," the chairman of the National Space Agency of Kazakhstan Talgat Musabaev said back in 2011, Tengrinews.kz said.

However, in the current situation, when economic relations between Russia and Kazakhstan have become even closer with the help of their membership in the Eurasian Economic Union, it is not beneficial for Russia to cut ties with Kazakhstan and shelve Baikonur programs. Officials with the Russian Federal Space Agency Roscosmos said that the Vostochny cosmodrome is not going to be a competitor to Baikonur.

"The creation of the Eastern cosmodrome will increase the number of space launches for both the national economy and space exploration. Thus, Baikonur and Vostochny cosmodromes will cooperate closely to achieve the tasks," the press service of Roscosmos told Pravda.Ru.

It is important to understand that for Russia, Vostochny cosmodrome is not just an economically important project. It also has a social significance. The new spaceport is being built in the Amur region of Russia, near the closed town of Uglegorsk. The  economic development of the region thus depends on the project.

"In the first place, the new spaceport will ensure Russia's independence in the space industry. In addition, the spaceport has a favorable geographical position that will enable both manned flights and launches for economic and scientific purposes.

Russian cosmonauts to land on the Moon in 2030

The development of the Far East is also highly important. The cosmodrome will be a key factor that will attract young professionals to the region. It will create powerful production and transport clusters," the press service of Roscosmos said.

The first rocket is to blast off from the new Russian spaceport in the Far East already in December 2015. The first manned space flight is scheduled for 2018.

"The construction of the cosmodrome in the Far East is a state instrument of the Far East. In fact, it is not very important when rockets fly into space. The number of new jobs is a lot more important, Andrei Ionin, a member of the Russian Academy of Space Science told Pravda.Ru.

"I have never contraposed Baikonur and Vostochny cosmodromes. I have always thought that they need to develop both. Russia, Kazakhstan and other Central Asian countries can already develop joint space projects. In the Far East, the new  spaceport should immediately become an international complex," Andrei Ionin told Pravda.Ru.

If Russia wants to go East, Russia should look for strategic partners in the Asian region, where there are a lot of countries that want to develop space projects. They are not only China and Japan, but also South Korea, Indonesia, Malaysia, Vietnam etc. Therefore, the Vostochny cosmodrome will be not just a Russian, but an international spaceport on the Russian territory, the expert concluded.