USA helpless in space without Russia

Russian and US officials have agreed to supply RD-181 Russian rocket engines to the United States. The contract is worth one billion dollars, despite sanctions. In fact, the United States recognized that the American space program was under threat because of their own sanctions against Russia. It just so happens that the USA is helpless in space without Russia. 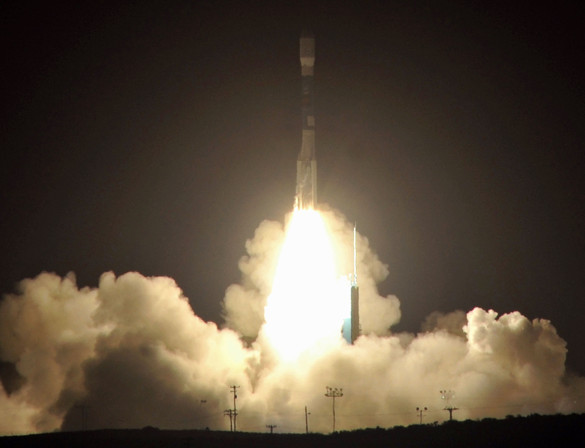 Russian Rocket and Space Corporation Energia and American Orbital Sciences Corporation signed a contract for the supply of RD-181 engines. In total, Russia will deliver 60 of such engines to the United States.

Russian officials note that the RD-181 was specifically designed for use on Antares launch vehicles. The use of the engine will make it possible to deliver more payload to the ISS and low orbits. The contract provides for restrictions on the use of RD-181 for military purposes. The amount of the contract includes not only the cost of the engine per se, but also a whole range of services: flight training, installation of the engine on missile and even tests. That is, the contract stipulates for cooperation for at least 15-25 years.

US sanctions have not affected space cooperation with Russia

"Politics is politics and money is money. Of course, the United States will never do anything to its own detriment, - Chairman of the State Duma Committee on Industry Sergei Sobko said in an interview with Pravda.Ru. - This is not news of today. From the very first moment when the word 'sanctions' surfaced, it was stipulated that  sanctions would affect relations between the United States and Russia, but not in the space industry.

"The Americans are well aware of the fact that they do not have their project of a new rocket that will be capable of delivering cargos and astronauts to the space station. If they, for example, stop cooperation in this area with Russia now, the US will have to suspend space exploration activities as well. As for the Russian side, it was not Russia that initiated the sanctions. Russia does not seek to aggravate the situation," the expert said.

This is quite a normal position of the Russian Federation: if Russian products are competitive, they enjoy demand. The engines in question are used for the rockets to deliver payload into near space orbit, i.e. it goes about engines for civilian rockets.

"That was to be expected, since the development of engines and their production takes years, - the Head of the Department of Space Research Institute of the Russian Academy of Sciences, Academic Advisor at the Academy of Engineering Sciences, member of the Union of Journalists of Russia, Yuri Zaitsev, commented in an interview with Pravda.Ru. - With RD-180 engines, it's all right, they will be in stock before 2019. As for the new, RD-181 engine, then, starting from scratch, they will spend a lot of time and a lot of money, and it is unlikely that they will succeed. Therefore, they want to buy these engines from us," the expert said.

Editor of Russian magazine "Space News," Igor Afanasyev, expressed the following opinion: "The engine contract imposes very serious commitment on Russia and puts Americans in an awkward position, because their existing laws either explicitly prohibit the installation of foreign equipment on this type of systems, or force a US firm to completely reproduce such an engine in cases such as impossibility of deliveries."

In space, the US pursues neither politics, nor sanctions - only business

RD-181 engines will be used on the first stage of Antares rockets, manufactured by Orbital Sciences. Until recently, Antares rockets were equipped with AJ-26 engines, made on the basis of Soviet NK-33 engines. The NK-33 project has been stalled  since the days of the unfinished lunar manned program of the Soviet Union.

Nikolai Kuznetsov, the designer of the engines, decided not to destroy but to preserve a few dozens of engines in the early 1970s. The first batch of NK-33 arrived in America in the mid-1990s to Aerojet Company for one million dollars apiece.

The Americans adapted them to their rockets, having thus created the modified engine, AJ-26. The explosion of Antares rocket at launch, which occurred in late October of 2014, may have occurred because of the AJ-26 engine - this version is considered as the main version of the accident.

After the explosion, Antares will not fly with AJ-26 engines. However, the talks about the use of RD-181 engines for Antares began long before the accident occurred.

The Americans do not want to break the chain of Antares launches, including to the ISS. The need to execute the program of launching booster rockets, as well as the convenience for the United States to use ready-made engines makes it possible to  continue the cooperation between Russia and the United States for many years ahead.