Anti-American sentiments have economic grounds too
The dollar is used as a means to cause damage to other countries' currencies. 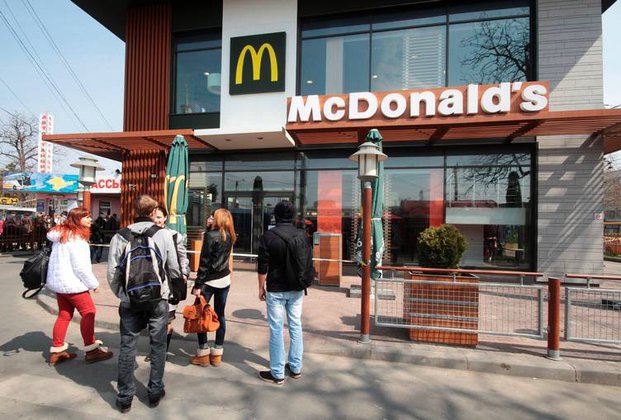 As is well known, anti-American sentiments are widespread both in our country and in rich Europe, in the Arab world, in China, India, in South and Latin America. The most massive protest demonstrations – 1.5 million people - took place in Mexico on the threshold of the war, in the USA's closest neighbor.

This brings up a question - why do so many people in the world dislike America? The answer to this question is rather simple: the USA's wellbeing at the end of the 20th and in the beginning of the 21st century is based on plundering other nations of the globe.

In 1971, the USA backed down from the gold standard for its national currency and started boosting the dollar. The increased dollar exchange rate allows the States to gain additional profit from every foreign trade operation. The countries of the so-called "golden billion," the USA's closest allies, are at parity with America from the point of view of their currency exchange, so they do not suffer from any problems really. On the contrary, the Third World countries experience a lot of difficulties on account of this policy of financial neocolonialism.

McDonald's to expose everything about its chemical food...

The traditional division into proletarians and the bourgeoisie that appropriates their surplus labor value has changed to a certain extent. In the beginning of the capitalist era, both proletarians and bourgeoisie lived in one and the same national state, and the exploitation took place within the borders of that state. Nowadays, the exploitation has become transnational. There are whole countries of bourgeoisie, in spite of the formal status of their citizens - a proprietor, a manager, a worker or an unemployed person. There are whole countries of proletarians too, in spite of their formal status: a top manager of a foreign firm, a restaurant manager, a hotel owner and the like.

The mechanism of this exploitation works with the help of artificially overstated currency exchange rates of developed countries against those of donor countries. To put in it a nutshell, a high dollar rate allows the import of a lot of cheap goods into the USA, while American goods can be sold for three times more than cheap local currencies. In addition, the deficit of the USA's trade balance comes to 26-33 billion dollars a month. In other words, every American citizen consumes goods in the sum of $400 monthly. Those goods are manufactured in other parts of the globe, but no American citizen pays anything for it. The average salary of an American is $3,300 a month: 12 percent of that is the money that is stolen from other nations, 30 percent is obtained dishonestly as a consequence of non-equivalent trading exchange, and 58 percent is obtained with their own labor with equipment the cost of which is paid for by others.

McDonald's food likely to be banned in Russia

McDonald's employs syphilitics, those with AIDS and Hepatitis C

The inclusion of new states in the company of "traders without frontiers" assists both in an increase in the countries that suffer and the countries that prosper. The wellbeing of developed countries, of the USA first and foremost, has reached a peak with in the current conditions. In order to continue improving Americans' living standards, the American government will have to either strengthen the dollar - to increase the exploitation of other countries that are involved in the trade already - or to preserve the current exchange rate and increase the number of new trading partners. The second way is the only way out in case of a dollar drop. Otherwise, the situation might lead to a social explosion that would be capable of destroying the most ambitious empire on the globe.

This situation with the overstated exchange rates of the golden billion countries and with the major currency of the world, the US dollar, was formed not accidentally, but deliberately, of course. The USA is interested in keeping certain countries in a privileged position and putting pressure on other countries. If a dollar is not used in trade, as was the case in Iraq, the USA is forced to turn to military means in order to bring the country into the dollar zone. The political situation changes from time to time, and some countries agree to accept American imposed settlements. If this happens, the USA changes the exchange rate a bit in favor of another ally. Some other countries may start running an independent policy of their own too, which forces the United States to take adequate measures in return.

How does the USA find out if the exchange rate in other countries is weak enough or needs to be weakened or strengthened? The network of McDonald's restaurants all over the world serves this purpose. The real cost of a Big Mac is calculated on the base of the real spending: the cost of meat, flour, labor force, electric power, land rent and important natural indexes. The price of a Big Mac in different countries shows to which extent a local currency is under/overestimated against the dollar rate.

The respectable magazine the Economist has even developed a special Big Mac index, which shows the real cost of currencies all over the world. According to the magazine, Israel obtains the biggest profit from world trade. Japan and Europe are at parity, while other countries are subjected to a non-equivalent exchange - plunder, that is. According to the Big Mac index, the fair price of one dollar in Russia is about 15 rubles (31 rubles at present). The chairman of the Russian Central Bank used to say that years ago.

It is not known, either anti-globalists are aware of the role that McDonald's restaurants play in world financial neocolonialism, or they chose the object of their attack through intuition. One thing is clear: anti-Americanism has economic grounds, and measures against McDonald's are capable of bringing certain results. If we abolished the network of McDonald's restaurants, we would deprive the USA of its dollar cost measurement tool on Russian territory. It is a lot easier to struggle against blind plundering than against a seeing one. When the neocolonial system collapses, Russia will be able to retrieve its lost independence.

However, it is only the government that can oust McDonald's from the Russian market. No public organizations can do it: there is no use trying to make Russians stop using the services of an American fast food restaurant. The authorities do possess various ways to choke the burger business. And they can at least complicate the business in order to make it die off in the future. Only the desire is needed for that. For the time being, the Russian government desires absolutely different things.

Russian woman claims million for a cup of McDonald's coffee

Author`s name Michael Simpson
18:54
Ukrainian soldier uses chainsaw and fire to release US howitzer from ice trap
18:30
Onet: Ukraine will lose in six months due to shell shortage
17:36
Russian troops defeat Ukrainian troops in Zaporizhzhia region
14:50
Number of foreign mercenaries in Ukraine continues growing
14:17
Russians buy more than 50 tons of gold in 2022
13:57
Russia will not talk to Ukraine. Russia will talk to the West
13:34
USA's plan to give 20 percent of Ukraine for peace hoax
12:51
Medvedev: Ukraine as a state to be devastated, go bankrupt and be turned into colony
19:57
Russia will use all of its military potential to counter Western arms supplies to Kyiv
18:34
Biden changing strategy on Ukraine to reach diplomatic solution with Russia
The West prepares army to invade Russia