Having closed several McDonald's restaurants in Moscow, Russia's Federal Service for Consumer Rights Protection (Rospotrebnadzor) launched unscheduled inspections of the restaurants of the chain in the Sverdlovsk region of Russia. According to representative of the agency, their actions are connected to complaints from local residents about the quality of products sold and insanitary conditions. 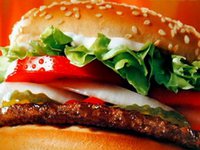 On August 20, it was reported that the federal agency suspended the work of four  McDonald's restaurants in Moscow, including the very first McDonald's that opened in Russia, on Pushkinskaya Square in Moscow.

In an interview with Itar-Tass, the head of Rospotrebnadzor in the Sverdlovsk region, Natalia Lukyantseva, said that she could not specify the number of restaurants of the chain that would be subject to inspection in the region. She only said that the results of the inspection would be announced in the near future.

The Kommersant newspaper wrote with reference to a federal official that the inspection of McDonald's restaurants was being conducted according to instructions from the government. "This is the reason why the restaurants were immediately closed, although during scheduled inspections, they usually issue an order to eliminate violations," an unnamed source of the publication said.

Despite the recent events, the American fast food chain does not shelve plans to open restaurants in Novosibirsk and Omsk. As reported by ITAR-TASS, with reference to the director for development of the network in Russia, Lenar Kutlin,  McDonald's plans to come to Siberia in 2015.

As for Moscow McDonald's restaurants, Rospotrebnadzor officials said that their inspection was held on August 18-20. In the course of the inspection, there were "numerous violations of the sanitary legislation revealed." Four administrative cases were initiated into the violations; the materials of the cases are to be submitted to the court soon.  "The activities to inspect restaurants of the chain will continue," representatives of the agency said.

Meanwhile, Western experts believe that the decision to close McDonald's restaurants in Moscow is a political move that is associated with the Kremlin's stance on the state of affairs in Ukraine. The Wall Street Journal, for example, claims, citing senior officer at the American Council on Foreign Relations, Stephen Sestanovich, that food inspectors had been an instrument of Russia's foreign policy for years. Sestanovich referred to the ban on the imports of Moldovan wine and American poultry.

Bloomberg noted that the closure of restaurants in Moscow took place after the United States imposed sanctions against Russia. Noteworthy, LDPR leader Vladimir Zhirinovsky believes that Russia is not a place for McDonald's.

Other Western publications also wrote that McDonald's is falling a victim to the strained relations between Russia and the United States. It is worth noting that there are other US fast food chains operating in Russia, such as, for example, Burger King and Subway. McDonald's is represented in Russia by JSC Moscow McDonald's and LLC McDonald's. Their revenues in 2013 amounted to 13.3 billion and 50.1 billion rubles, respectively.

The shares of McDonald's Corp shares fell 0.3%, after several restaurants of the chain were closed in Moscow. However, the main website of the US-based company said that the administration would do everything possible to open the closed restaurants in Moscow as soon as possible. The McDonald's administration will also do its best to continue business in Russia.