If Russia delivers South Kuril Islands to Japan, they will fall under obligations of the United States in accordance with the fifth article of the Japanese-US treaty of mutual cooperation and security guarantees, the head of the Foreign Minister of Japan Fumio Kishida said. In a nutshell, the USA will have to protect the islands like the entire territory of Japan, RIA Novosti reports. 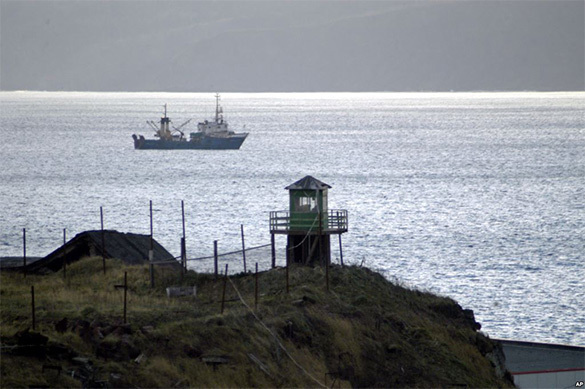 In 2016, it was reported that Russia deployed Bastion systems on the Kuril Islands - Iturup and Kunashir. Missile complexes Bal were also deployed on the islands. The systems will monitor Russian territorial waters, straits and protect naval bases. Experts said that the deployment of state-of-the-art missile systems on the Kuril Islands signalled Russia's determination to retain the territory.

On February 14, Japan sent a note of protest to Russia after the latter named previously unnamed islands of the Kuril chain. Tokyo disputes the territorial affiliation of some of those islands, Kyodo news agency reported citing Japan's Chief Cabinet Secretary Yosihida Sugu.

"It does not meet the position of our country and raises extreme regret. We sent a note of protest to Russia via diplomatic channels on February 13," said Yosihida Sugu.

Pravda.Ru asked director of the Center for Japanese Studies at the Institute of Far Eastern Studies Valery Kistanov to comment on Japan's most recent statements.

"Japan has been generating unprecedented media hype over the Kuril Islands lately. What is the purpose of this activity?"

"If they become part of Japanese territory, if Russia delivers, or returns, as the Japanese say, those islands to Japan, they will fall under the effect of the Japan-US Security Treaty. If someone tries to encroach on the territorial integrity of Japan, the United States will come to help Japan in accordance with the fifth article of the treaty. The treaty will work this way if Japan controls these territories.

"You know that there is a dispute between Japan and China over islands in the East China Sea. Those islands are controlled by Japan, and Japan considers them its own territory. China believes that those islands were illegally seized by Japan before WWII. According to China, Japan should return the islands. The islands fall under the fifth article of the US-Japanese security treaty. Should China try to seize the islands, the US will arrive to help Japan. As for South Kuril Islands, they remain under Russia's control. Therefore, should a military conflict arise between Russia and Japan, the USA will not be obliged to come to Japan's rescue. This is a fundamental difference."

"Does it mean that the delivery of South Kuril Islands is excluded?"

"As they say, never say never. But if Russia delivers the islands under the sovereignty of Japan, they will fall under the security treaty between Japan and the United States. In this case, the USA will be able to build army bases there or radar stations - anything. Japan still lacks independence in its foreign policy, and the American influence is the key there."