Japanese Prime Minister Shinzo Abe is eager to see how far Russian President Putin can go to achieve a compromise on the Kuril Islands. Putin has said a thousand times that Russia is not selling its territories. Yet, the words from the Russian leader do not seem to reach Japan. How can Putin make Abe become a realist? 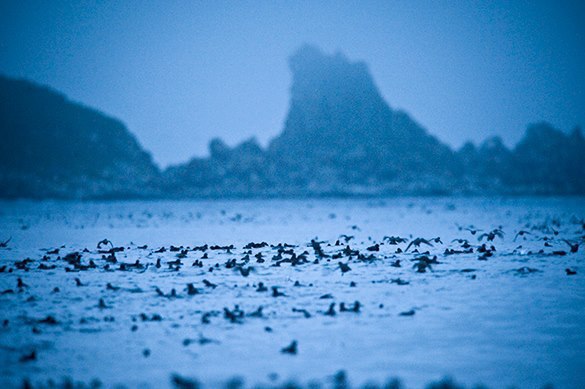 After many years of the territorial dispute, Japan insists that four South Kuril Islands (Iturup, Kunashir, Shikotan and Habomai) had been taken away from Japan as a result of "Soviet aggression" after Japan announced its surrender. According to Japan, Russia occupies Japanese northern territories.

"The islands had been transferred to Russia as a result of WWII, and if you want to revise the results of WWII, one may start a discussion," Putin told Bloomberg before meeting Abe. "In this case, however, one would have to discuss the eastern territories of Germany, the territory of the Ukrainian city of Lvov that used to be a part of Poland, and so on and so forth. If someone wants to open this Pandora's box and start working with it, they can go for it, good luck with that," Putin said.

So what does Russia consider a compromise with Japan? Putin referred to the agreement from 1956, in accordance with which the USSR promised to deliver the islands of Shikotan and Habomai to Japan after concluding a peace treaty with Japan. Japan wants to have the islands before concluding a peace treaty with Russia. Both Russian and Japanese lawmakers ratified the agreement, but Japanese subsequently refused from it, Putin sad. In 2004, Russian Foreign Minister Sergei Lavrov said that Russia, being a successor of the USSR, recognized the 1956 treaty, but its implementation certainly required further discussion.

However, the Japanese refuse to consider the 1956 treaty a compromise, because the above-mentioned territories take only seven percent of the total area of ​​the disputed islands. This does not look like a "draw" at all.

Japanese Prime Minister Shinzo Abe said after his meeting with Putin on May 20, 2016 that the parties agreed to move away from the dogmas of the past and look for new options. Several days ago, respectable Japanese newspaper the Mainichi Tribune wrote that Japan was ready to let the Russian residents of the four islands stay there if Russia decided to deliver the islands to Tokyo.

Although the Japanese government immediately denied the information, Japan still believes that Putin would agree to give the islands away in return to Japan's large-scale investment in Russia's Far East. The plan includes, in particular, the construction of fuel plants, ports, airports, hospitals and other objects of infrastructure. The Japanese plan assumes that the Russian economy will perish without Japan's assistance.

Putin also said in the interview with Bloomberg that Russia had no plans to either sell or exchange the islands with Japan. "It goes about the search for a solution, with which neither party will feel either a winner or a loser," the Russian president said.

Russia offers Japan the following: to preserve the legal status quo of the islands, while Japan will be able to develop the islands in cooperation with Russia. Tokyo is unwilling to accept the offer. This brings up the example of the Falkland Islands that turned from Argentine to British territories in 100 years for one simple reason: the Argentines left, and the English came. The owner is the one who owns it, and the referendum among the residents of the Falkland Islands solves the problem of the Malvinas in favor of the UK.

Japan seems to be unhappy about the fact that Russia gives parts of its territory to China, but does not want to act so for the solution of territorial disputes with Japan. "Our discussions with Chinese friends about border issues have nothing to do with Second World War or any other military conflicts. We have not given away anything to China. Those were the disputed territories that we were discussing for 40 years before we could find a compromise. Some of those territories have been assigned to Russia, while some others - to the PCR," Putin explained.

Putin also said that it was possible to find a compromise with China due to the atmosphere of mutual trust. There is no such atmosphere in the relations between Russia and Japan. The latter hurries to support all Western sanctions against Russia and hoorays to the US air defense system in Asia (elements of the system will be deployed in Okinawa, Japan). To crown it all, the Japanese government has adopted a new formulation to the 9th article of the Constitution of Japan that says that Japan has the right to "collective selfdefense abroad."

Russia decided to deploy Bastion antiship missile complexes in South Kurils and considers a decision to build an army base there too. If Russian guns appear on the islands, Japan may finally realize that the South Kurils are far from being Tokyo's "northern territories."