Speaking about Russian-Japanese relations in Lima, Peru, Russian President Vladimir Putin said that the way to the peace treaty was not easy", but its absence between Russia and Japan was a relic of the past, which hindered the development of relations between the two countries, Interfax reports. 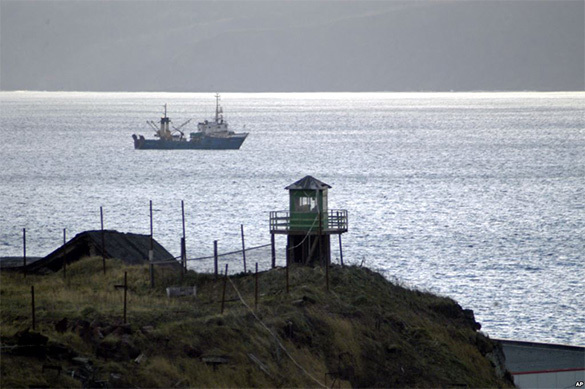 According to the Russian president, there are various options for resolving territorial disputes. Russia and Japan could sign the peace treaty on the basis of the implementation of major joint projects, such as, for example, economic and humanitarian issues on the Kuril Islands.

Putin stressed out that Russia's sovereignty over the Kuril Islands was established as a result of WWII. The sovereignty of the islands is enshrined in international agreements, he added.

"Let me remind you that the relevant document between the USSR and Japan was signed in 1956, where it was assumed that two islands would be returned to Japan. The document did not specify under whose sovereignty the two islands would remain and on which conditions they would be delivered," Putin said.

The Russian president stressed out that he was aware of Tokyo's stance on the problem: Japan insists on the return of four islands at once.

The Russian president added that Japanese prime minister, Shinzo Abe, presented his program of expanding business and economic ties between the two countries. "It goes about the solutions for economic and humanitarian issues, although it is too early to talk about it," said the Russian president.

The Japanese government did not disclose the content of the talks between Russian President Vladimir Putin and Japanese Prime Minister Shinzo Abe in Lima, Peru. At the same time, Japanese officials have confirmed their earlier claims to four islands of the southern Kuril Islands - Iturup, Kunashir, Shikotan and Habomai.

"As long as it was a frank exchange of views, just between the two of them, I would not want to disclose the details,"  Japan's Chief Cabinet Secretary Yosihide Suga told reporters. "There are no changes in the position of the Japanese side - to conclude the peace treaty by solving the problem of the return of four islands."

In pictures: Kuril Islands as seen through bird's eye

The meeting of Putin and Abe was held in Lima on the sidelines of the summit of the Asia-Pacific Economic Cooperation (APEC).

During the spring meeting in Sochi with Japanese Prime Minister Shinzo Abe, Russian President Vladimir Putin said that Moscow was committed to an open dialogue with Tokyo on the South Kuril Islands. However, he stressed out that Russia did not intend to give the Kurils away: "We are ready to buy a lot, but we do not sell," Putin said.

Pravda.Ru reported earlier that the Japanese government was lobbying investment in Russian projects to ensure a breakthrough in resolving the issue of both the peace treaty and the territorial affiliation of the Kuril Islands.

"Frankly speaking, the Japanese hope that Russia, being grateful for a helping hand, will appreciate the assistance and make concessions. One can say that the Japanese are trying to bribe Russia, but this is not a new approach. There are two things: economy and politics. When two entities interact, economy is often used for political interests and politics is used for interests of economy. The Japanese have been following this principle for a long time and they are trying to use it in their relations with Russia too.

"Russia accounts for nine percent of oil imports and ten percent of liquefied gas imports. Russia is also a very important sales market for Japanese cars. Japan is definitely interested, but Russia has it own interests too, and one should not mix these things together," the head of the Center for Japanese Studies at the Institute for Far Eastern Studies, Valery Kistanov told Pravda.Ru.