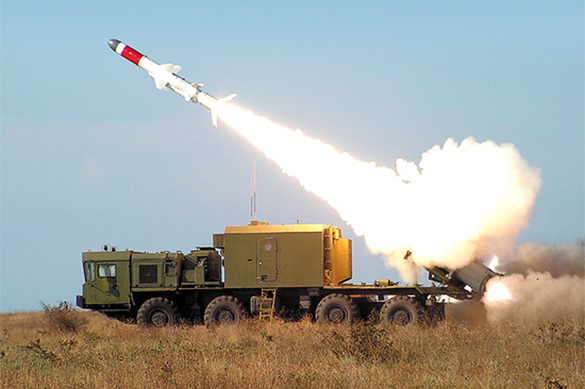 "We attach great importance to it, and we will respond accordingly after the information is verified," the minister told Kyodo news agency.

The Russian Defense Ministry deployed Bal and Bastion anti-missile systems on the Kuril islands of Iturup and Kunashir on November 22.

Coastal missile complex Bastion is equipped with supersonic missiles P-800 Onyx. The system is able to destroy surface ships of different classes and types. One system may have up to 36 missiles to be able to protect more than 600 km of coastline.

Armed with low-altitude subsonic anti-ship missiles X-35, the Bal missile system is able to destroy  ground and surface targets of the enemy at a distance of about 130 km. The X-35 missile is capable of destroying ships with a displacement of 5,000 tons.

Noteworthy, Russia is committed to finding a compromise with Japan over the South Kuril Islands. Russia considers a possibility to sign a peace treaty with Japan as of the results of WWII. However, Russia does not intend to sell the islands to Japan, President Putin said in an interview with Bloomberg earlier.

"This is not the first time when Vladimir Putin speaks about the need for a compromise in the solution of the territorial issue. The president said that there should not be either a loser or a winner in this situation, but each side has its own understanding of this," Director of the Center for Japanese Studies at the Institute for Far Eastern Studies Valery Kistanov told Pravda.Ru.

According to him, experts in Japan put forward an idea to divide the disputed islands in half. "In this case, the line would go in the middle of the largest island of Iturup. A part of the island will be Russian, while the other part and three remaining islands will go to Japan," said Valery Kistanov.

However, Japan rejected the proposal, because it goes against the official stance of the Japanese government, according to which Japan intends to receive all the four islands at once.

"In accordance with the Soviet-Japanese Declaration from 1956, the Kurils had to be divided with two islands for each party. Russia would give the smallest Shikatan islands to Japan, as well as the group of Habomai islands, but these territories account for only seven percent of the Kurils, which is not good for Japan either," the expert told Pravda.Ru.

Russia also invited Japan to come to the Kuril Islands as guests. The islands would remain Russian, but Russia would open doors to Japan for extensive cooperation on the territory. Japan rejected the offer as well.