Russia rules the world despite many problems

The Russian economy remains on the verge of collapse, the population of Russia is smaller than that of Nigeria, but Russia still rules the world. How is it possible? 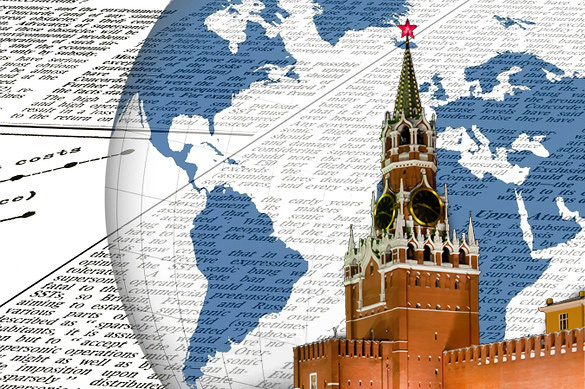 "Sometimes a derringer is just as effective as a smart bomb," Tristin Hopper wrote for the National Post. "With Russia, it may not be so much the size of the army, but the fact that they're demonstrably willing to use it," the author continues.

Indeed, the size of Russia's defense budget is only a tenth of that of the United States. India has more military men than Russia does. Yet, it appears that Russia is fine with it because it has learned to command global influence without spending a lot on defense purposes.

Russia took the Crimea back without a single gunshot. The Syrian campaign required as many as 50 aircraft and cost Russia $500 million. The USA has spent the same amount of money to train Syrian rebels, the author wrote.

According to Tristin Hopper, Russia actively uses its veto right at the UN Security Council. "Since 2000, Russia has used its veto power on 13 Security Council resolutions - mostly in regards to the Middle East. France and the U.K., by contrast, haven't touched their vetoes since 1989. A veto-happy Russia naturally makes it hard to discuss global crises without inviting them to the table," the National Post says.

Moscow has been dealing with so much criticism and condemnation just because it is easiest for Western politicians to shower their former Cold War enemy with criticism. Russia's recent successes in foreign policy, the author notes, such as the conclusion of the Syrian chemical weapons agreement, rapprochement with China and the establishment of the Eurasian Economic Union with Armenia, Belarus, Kazakhstan and Kyrgyzstan are explained with professional Russian diplomacy. When the US expelled 35 Russian diplomats, President Putin showed his class by inviting the families of US diplomats to the Kremlin for a Christmas party. "Since the Soviet era, diplomats around the world have acclaimed their Russian counterparts as well-trained, relentless and extremely professional," the article says.

As for the economic part, the Russian ruble had lost a half of its value by the beginning of 2016 in comparison with 2014. The Russian economy has shrunk considerably, and the real income of the Russian population has dropped by nine percent. However, in spite all of that, the Kremlin has managed to create Russia's international image of a superpower.

Outgoing US President Barack Obama admitted during a news conference in Berlin in late 2016 that Russia was indeed a military superpower that was showing influence on both the whole world and its region.

"My principle approach to Russia has been constant since I first came in the office. Russia is an important country. It is a military superpower. It has influence in the region and it has influence around the world," Barack Obama said in November 2016.

American billionaire George Soros also admitted that Russia was turning into a world power, while the European Union was falling apart. At an event organized by Mikhail Khodorkovsky's "Open Russia" club in London, Soros compared his forecast with the prosperity of the EU against the background of the decline of the Soviet Union. According to him, the fate of the European Union depends on the future of Ukraine more than ever before.

In his speech, the investor suggested that the relations between Russia and the West would have been developing differently, if the IMF had been funding the implementation of certain tasks. Instead, the IMF was sending money to governments to support them.

Thirty-eight percent of Russians believe that the return of the status of a superpower was a first priority for the country. As many as 40 percent believe that Russia should enter the top ten of most prosperous countries. A high living standard would be the main factor to accomplish that, the respondents said.