Putin refuses to expel US diplomats from Russia. 'This is kitchen diplomacy'

Russian President Vladimir Putin has refused to expel US diplomats from Russia in response to the US sanctions that the Obama administration imposed on the Russian Federation on December 30. 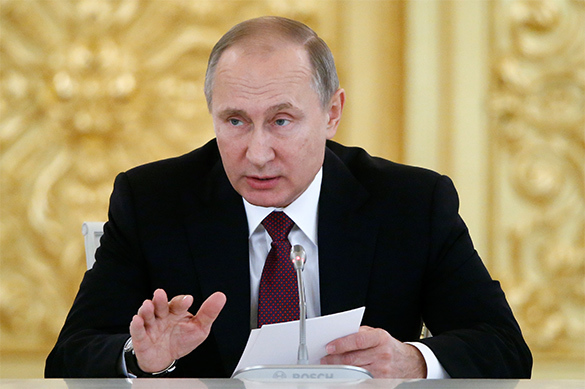 However, President Putin stated that the Russian side would not be creating problems for American diplomats. "We will not expel anyone," Putin said.

The Kremlin saw "the new unfriendly steps of the outgoing US administration as provocative moves to further undermining the Russian-American relations."

"Reserving the right to responsive measures, we will not fall to the level of "kitchen," irresponsible diplomacy," Putin said. The next steps of the Russian administration to restore the Russian-American relations will be based on the policies of the new administration of Donald Trump," President Putin said.

"We will not create problems for American diplomats. We will not expel anyone," he added.

To crown it all, the Russian side will let diplomats' families and children use their common recreation places to enjoy New Year holidays in Russia.