The special operation of the Russian Air Force in Syria gave the Russian defense industry an invaluable opportunity to test different types of arms in combat action. Having witnessed the efficiency of Russian arms in Syria, foreign customers evinced great interest in purchasing Russian arms. The influx of customers has made obvious two important aspects. 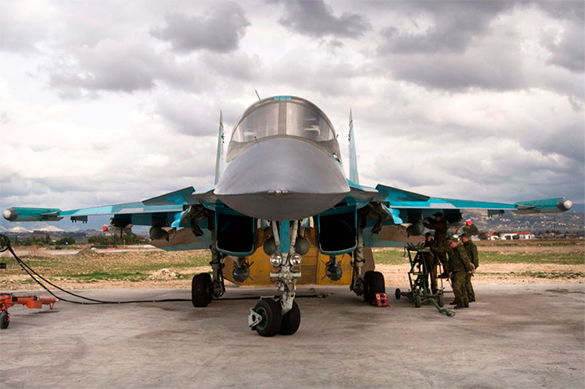 Firstly, weapons of Soviet times are still highly efficient. Soviet military hardware has not come out of date. Western experts were surprised with the precision of Russian air strikes on terrorists in Syria (with the use of Su-24M bombers and tactical bomber Su-25 (FrogFoot).

Precision guidance was ensured by navigational systems developed in Russia - SITREP and SVP-24 "Gefest". The first system analyzes the data of the aircraft position and targets, the wind speed, atmospheric pressure and other parameters to select the optimal point for dropping bombs. From an altitude of 6,000 meters, deviation from the target makes up only 3-4 meters.

The second system expands techniques in detecting and aiming targets to drop bombs in a free maneuver, without entering the zone of destruction of enemy air defenses.

That is why the operation in Syria cost Russia 33 billion rubles. This amount will return to the Russian budget when new defense contracts are concluded.

Secondly, Russia has state-of-the-art precision weapons, such as the Su-34 bomber (an export version of Su-32) that use guided bombs and X-101 missiles with a deviation from the target of five meters.

The Su-35C fighter has proved its excellent performance in Syria as well. This is the most powerful Russian multi-purpose combat aircraft that can be inferior only to the fifth generation T-50 fighter.

These advantages of Russian planes and tanks have raised great interest on the international market. Apart from that, many countries are interested in Russia's highly effective S-400 Triumf air defense missile systems that have no rivals in the West.

According to rough estimates, the marketing effect of the Syrian campaign may bring Russia the profit of $6.7 billion in the form of additional defense contracts.

Iran to be the largest buyer of Russian arms

In addition to Iran, Russia is planning contracts with major partners in the Middle East and Africa: Egypt, Algeria, Iraq, Saudi Arabia. It is an open secret that Russian arms are irreplaceable in desert and sandstorm conditions.

In Asia, the list of potential customers includes China, India, Indonesia, Vietnam and Pakistan. After the scandal with the failed delivery of Mistral vessels, India canceled a 20-billion-euro contract with France for the purchase of 126 Rafale fighter aircraft). Instead, India will buy 127 fifth-generation fighters from Russia at about 25 billion euros. Russia is  a reliable supplier, and India knows that.

Russia's portfolio of defense orders for 2016 is evaluated at more than $60 billion. Despite the difficult economic situation, Russia does not cease to allocate credits for the purchase of weapons. For example, Russia and Armenia signed a loan agreement worth $200 million to finance arms supplies.

"Our weapons have demonstrated the perfect cost and effectiveness criterion in Syria," Viktor Murakhovsky, chief editor of Arsenal of the Fatherland journal, Chairman of the Military-Industrial Commission told Pravda Ru. "Many potential buyers saw our weapons in action. The current sales volume of over 15 billion dollars a year will only grow in the coming years," he added.

It should be understood, the expert added, that an anti-missile battalion costs $200 million, but the lion's share of this amount accounts for intellectual property. The cooperation involves not only actual producers of these complexes, but seven or eight levels of other suppliers.