Outgoing President Barack Obama said during a press conference in Berlin that Russia is a military superpower that shows influence on both its region and the whole world, Politonline.ru reports. 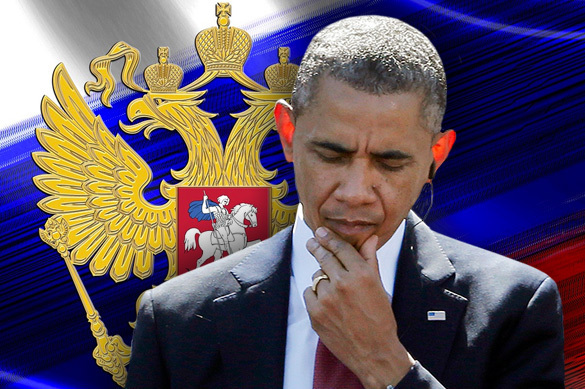 "My principle approach to Russia has been constant since I first came in the office. Russia is an important country. It is a military superpower. It has influence in the region and it has influence around the world." Barack Obama said.

According to him, there are "some significant differences in how Russia views the world and how we view the world." Obama also accused Moscow of the allegedly established facts of cyber attacks against Russia and left his "political will" to the Germans not to lift sanctions from Russia.

Earlier, however, the US president has made different statements. In an interview with Fox News, he said that only the United States could remain a dominant state in the 21st century. He continued with saying that it was only the United States that could twist arms of other countries, because America was an exceptional nation. Obama also called Russia a "regional superpower" whose weakness posed a threat to some of her neighbors.

"I think that the reasoning on the other countries, the attempted reasoning on other countries in a derogatory manner is the flip side to prove their exclusivity. It seems to me that this is wrong," Russian President Putin later responded in an interview with Bild magazine. He added that Russia did not even aspire to the role of a "total superpower, because it's very expensive and is not worth it."

Pravda.Ru previously wrote that Obama's failed policies have led to the fact that the United States handed over the role of the key player in the middle East to Russia. According to K.T. McFarland, an expert on national security, Obama's "leading from behind" strategy has allowed the United States to get "played" by Russia, Iran, North Korea and China on the world stage. "They may be insignificant things like, the Chinese 'couldn't find' a staircase to bring up to the plane when President Obama landed in China," McFarland said. "But, they could be more significant things, like the Russians basically telling the United States, look, if you're in the way, we're going to bomb you...we have no leverage to calm them down. We're deluding ourselves to think we're players in the Middle East," McFarland said on Fox News on September 5.

According to McFarland, there are only two sides in the Middle East - one of them is Russia, Iran and Assad and the other side is the Islamic State. The US, she added, only tries to be a mythical third side.

Barack Obama is a Soviet agent

"Suddenly, it appeared to me that Obama is a Soviet agent who was integrated into the American system, and his main task is to revive the USSR in a new form. He constantly reminds us of the achievements in economy, education and healthcare that Russia has been making while living in isolation.

"He imposed sanctions on Russia to trigger import substitution and countersanctions to revive the Russia domestic agriculture and industry. Russia's import substitution causes huge damage to European farmers, making the EU support its farmers financially to smooth their discontent.

"Now there is another wonderful initiative: the US complains of Russia's import substitution at the WTO. I think the WTO should give this process a go as it would suspend Russia's membership in this organization. In this case, Russia would be relieved of a multitude of obligations.

"As for additional measures to tighten sanctions against Russia, I would suggest Washington should include Russian scientists on sanction lists. Russia wins in all of these cases, and all the scary stories about Russia's decline are meant for internal purposes.

"If Obama is a Soviet agent, we can only applaud him as he has stolen the show," chairman of the Board of Directors of Pravda.Ru media holding Vadim Gorshenin said.